All the Brandenburg Concertos Presented with Aplomb 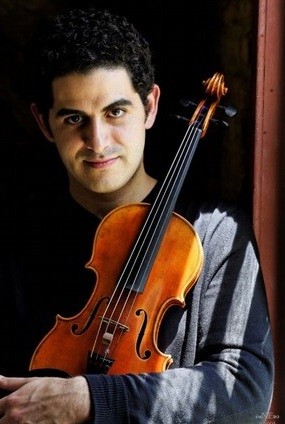 Sooyun Kim lights up the stage on her flute. 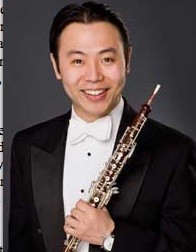 The piccolo trumpet, a blast played by David Washburn

The Chamber Music Society of Lincoln Center is a music organization that will thrive in this century. It is a model for others. While the advantage of the intimacy of chamber music is not shared by symphony orchestras, they can learn from the passion brought to music by talented performers like Wu Han, co artistic director of the CMS. The CMS’s education programs and their mix of performers, some budding and some experienced, the famous and the up and coming.

Struggling institutions can take a page from the CMS book. The New York Philharmonic has audiences old and young salivating for their next semi-staged opera.  Whether or not we will get another “Nose” or “House of the Dead” imported to the Metropolitan Opera remains to be seen.  The Met house originals are often dull, perhaps because the Met’s primary mission now is to make movies, which are fun, but have little to do with the opera form.  They promote movies not music.

CMS clearly understands the role of predictability in its schedule and presents a month of Baroque Music each year in December. The grand finale is a performance of all six Brandenburg concertos.  Wu Han would never leave us without a surprise, so each year you can guess the order of the concertos, which only share composition in a major key between them.

All are in major keys, but No. 1 through No. 4 are in F and G and No. 6 and No. 5 in B and D respectively. For synestheiasts, or people who attach color to music like me, B and D are more brown, bathed in a soft light and luxuriant.  F and G are brighter, more aggressive, and sit you up at alert.  On keys alone, this concert seductively draws you in, and then has you at the edge of your seat, celebrating.

Another route presented is the presence of the brass and woodwinds, who do not appear at first. We open in No. 6 with strings and continuo. There is joy in the first and third movements, but the strings dug in to give us high drama in the second.

Veteran Laurence Lesser, long time head of the New England Conservatory of Music, goes for broke on the cello. “What do I have to lose, now?” he asks.  His name is irresistible, for lesser is surely morer.

A week before Lesser had conducted a master class, and every time he picked up his bow, the students, one by one, responded to his attacks, to the clarity and beauty of his lines.  Master classes are a wonderful way for an audience to learn music. Somehow the difference between each of the young performers is quickly clear.  Hearing them respond to direction helps to hear the music and its meaning with great satisfaction.

In Brandenburg No. 5, the sublime flutist Paula Robison joined the group, performing solo and often in musical conversation with young violinist Arnaud Sussman, who shows just why his career is orbiting. This Concerto features the continuo prominently. John Gibbons gave his all to what will soon become the piano concerto.

The difference in texture and tone between the Concertos, even as parts repeat, is part of the pleasure of this performance. Sooyun Kim, in red-tiered chiffon, looked like a Christmas ornament and played like an angel on her flute. Principal oboe for the New York Philharmonic, Liang Wang transported. His sound was so special I was left trying to figure out how he achieved it, and considered that, after the proverbial ‘practice, practice, practice’,  his soul kicked in.

As a college student I spent a year studying Bach’s harmony. What was exciting were not the rules, which intrigued but did not send you sky high.  No, it was the deliberate breaking of the rules. Great art often lies in that territory.  You have to know when to do this. Like the real world where you go to jail or become wildly successful when you break rules, only the cleverest and the luckiest people don’t suffer adverse consequences.  Actually Bach spent a month in jail, but not for breaking his rules, which he does to perfection.

The CMS is brilliant at showing us in all its glory the regular patterns of Bach and then the searing moments when he goes for broken. Don’t miss David Washburn on the piccolo trumpet.

Anytime the CMS is performing in their home at Alice Tully, and in any program anywhere, you are assured an enchanted evening. The audience, filled with many of the young people so coveted by arts institutions today, loved the Brandenburgs and all the talent enjoying themselves on stage. A perfect way to end the year and begin anew.