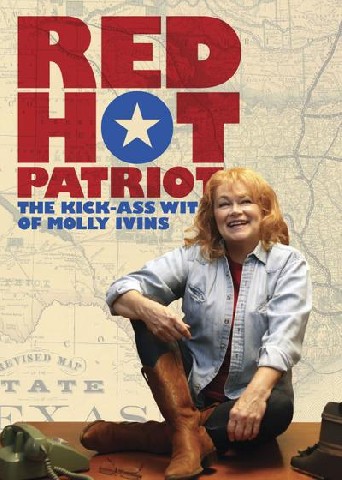 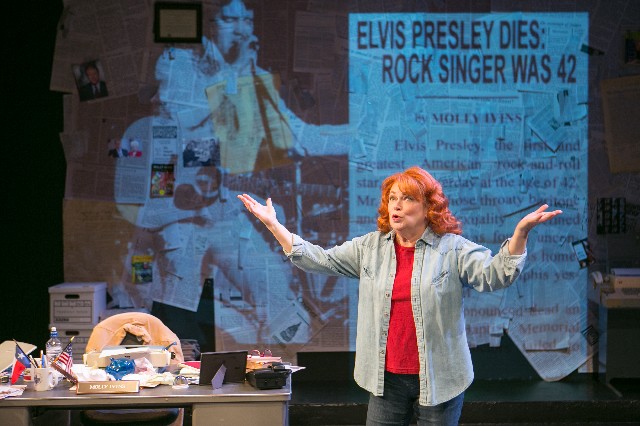 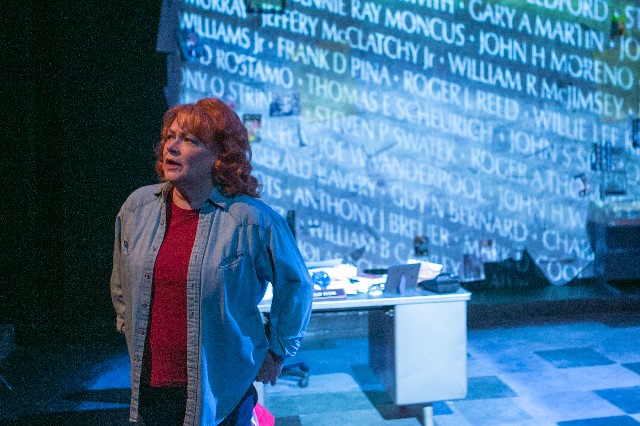 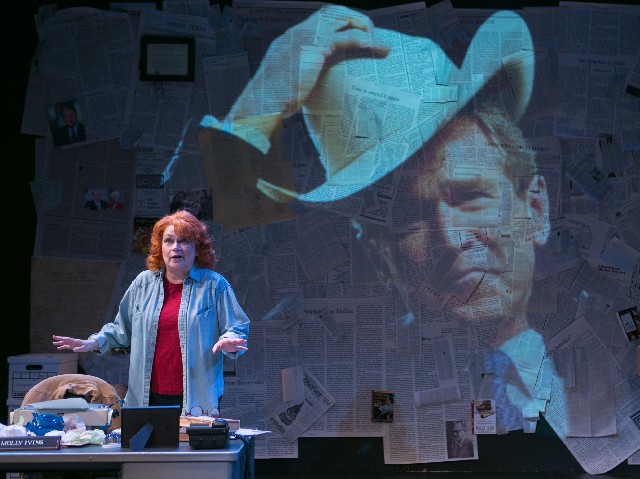 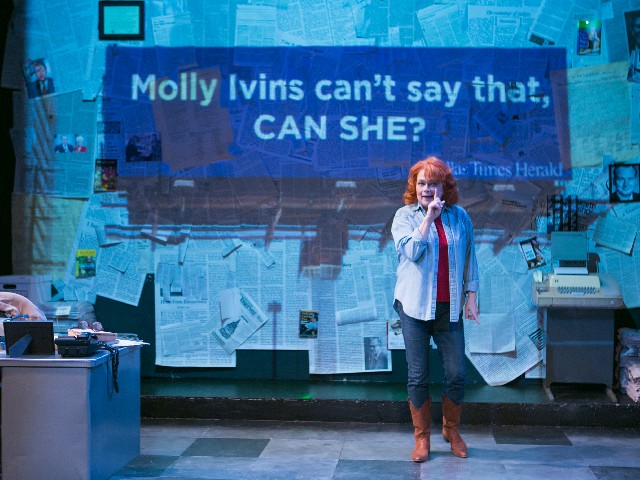 By Margaret Engel and Allison Engel

Bringing spirit, shading and nuance to each of her roles, Karen MacDonald is one of the finest actors in New England. She tends to embody each personality she plays. In the current Lyric Stage Company's production of RED HOT PATRIOT: THE KICK-ASS WIT OF MOLLY IVINS, she morphs into Molly by humanizing what could have been a cartoon cutout into a unique and courageous character. Not enough can be said about the quality and energy of MacDonald's performance.

Mary Tyler "Molly" Ivins  was born in California and raised in Texas. The daughter of Republicans, her upper middle class family was in the same social circle as the Bush family in Houston. After a brief time at Scripps College, she received a BA in history from Smith College and received her masters from the Columbia University School of Journalism. Beginning her career, she worked at the Minneapolis Tribune as its first female police reporter.

In the early '70s, she joined the small staff of 2 at the Texas Observer and later moved to The New York Times. Following her stint at the Times, she moved to the Dallas Times Herald in the 1980s. The rest of her career was at the Fort Worth Star-Telegram where her syndicated column was read in over 400 newspapers.

Her parents had a major impact on her life and career. She reacted especially to her father, referred to as the General. Her conservative father, Jim Ivins, aka "General Jim" because of his authoritarianism or sometimes "Admiral Jim" for his love of sailing, was a successful oil and gas executive. His right wing views and her mother's seeming disdain of Molly (according to her mother, at 6' tall, she was "a St. Bernard among Grey Hounds at a debutante ball") created the person that she became. With a rebellious streak, Ivins was cynically hopeful, wearily optimistic and sarcastically but thoughtfully critical.

Ivins never married. The love of her life was Henry "Hank" Holland, Jr., a family friend and student at Yale, who was killed in a motorcycle accident in 1964. Several friends would later say that she never seemed to find anyone else who could replace his memory.

Often Molly took no prisoners in her prose. It has been said that she was the Dorothy Parker of the South and Southwest. This is a rather apt comparison. She saw politics and especially the Texas Legislator as full of comedy, sloth, stupidity and error. Generally with no roses but only thorns, her vitriol was not only funny but descriptive. A great example is that she referred to the former Texas Governor and then President George W. Bush as "Shrub." Another Texas politician was describe by her as having such a low IQ, that if it were a couple points lower, he would have to be watered a couple times a day.

Though well-educated in the Northeast, Molly kept her Texas twang and regional idioms. Karen MacDonald's masterful portrayal underscores this. Without a flaw, her accent is consistent throughout the play.

Both playwrights, Margaret Engel and Allison Engel, are reporters/writers and sisters. The narrative is taken from Ivins writings and commentaries (she appeared as a commentator on CBS' 60 Minutes for awhile). Primarily written with humorous one-liners and funny stories of eccentric politicians, it is a production of personal asides rather than an embrace of any real insight into the character’s inner life. But perhaps that is all that Ivins would allow to be seen? She stated, “I’m one of those people out of touch with my emotions. I treat my emotions like unpleasant relatives — a long-distance call once or twice a year is more than enough. If I got in touch with them, they might come to stay."

Her public statements are shaded by her limited emotional expression. This is all dramatized in RED HOT PATRIOT: THE KICK-ASS WIT OF MOLLY IVINS.  Courtney O’Connor's direction is straight forward and just good story-telling. From her messy desk and even messier bulletin board to the punctuating projections and the annoying AP wire teletype, the set by Katharine Burkhart adds visual texture to the show.

MacDonald is transformative, expressing the humor and satire of a very smart observer of the human and political condition. This is portrayed in such a way as to give the audience just a peek into the inner hurt of her life and upbringing. This occurs while watching her be a Texas-sized pain in the butt to foolish and sometimes corrupt politicians.

Karen MacDonald is simply terrific and simply wonderful as Molly Ivins.  RED HOT PATRIOT: THE KICK-ASS WIT OF MOLLY IVINS is a provocative, laugh-inducing journey through our recent past political and social American history. For this sensational entertainment, we all should take this trip.