The Circle and Difret 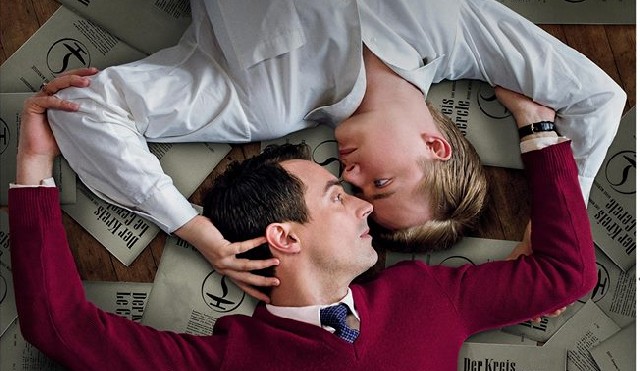 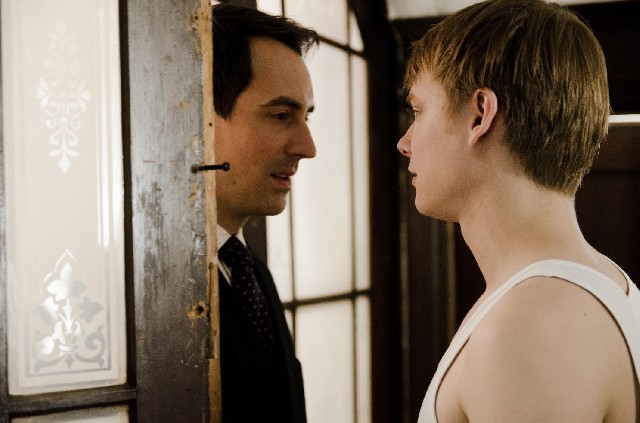 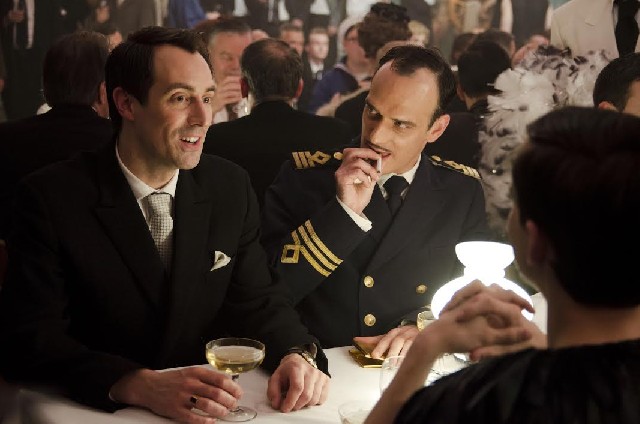 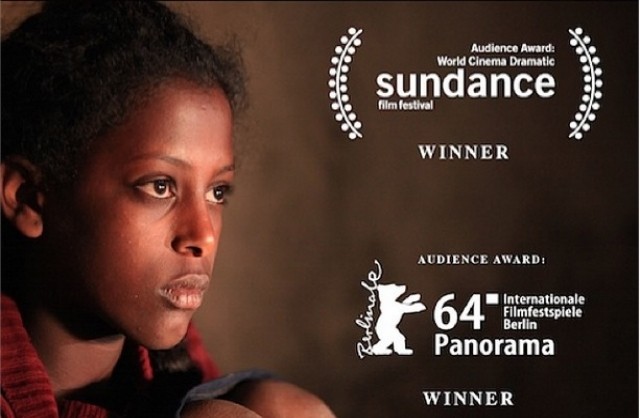 Angelina Jolie is executive producer for the film.

“The Circle” (Der Kreis”), is Switzerland’s Official submission for the 87th Academy Awards, come February 2015.  It’s a bold choice when one considers the story that director Stefan Haupt wants to tell.  Everyone loves “a love story”, that’s true.  Hollywood built a world cinema empire on love stories.  But not everyone loves those stories when it involves two men as a couple.  Like many films today the phrase “based on a true story” precedes the film. However in the case of “The Circle” that phrase is accurate.

Switzerland was a leader in accepting gays, gay bars and clubs in the 1940’s 50’s. Zurich was the center and “Mother” of all European homosexual organizations at the zenith of the movement in Europe.

In 1948 the KREIS (a self-help organization for gays) published a gay magazine, and produced an annual Gay Ball that attracted more than 800 gays to Zurich from all over Europe.  Most European countries, and the UK had laws on their books making any homosexual act a crime and subject arrest and jail.  Gay emancipation and legal recognition was way off in the future.

In Zurich, however, they could gather, be themselves and not fear being arrested.  However, in 1960, laws were changed and amended removing their protection.  The social stigma returned, and gays became once again, “in the closet”.

The movie set against the backdrop of Zurich’s closeted gay community,is sensitively directed and focuses on the real life story of Ernst Ostertag, a school teacher played by Matthias Hungerbuhler, and Robi Rapp, a drag queen entertainer portrayed by Sven Schelker who enter a life-long relationship.  The film intersperses a scripted narrative text with documentary interviews with the real Ostertag and Rapp.

The film, simply stated, is a compelling and poignant love story between two human beings.  The danger, the sacrifices, the emotions, the disagreements, and the choices all human beings make, are there for the audience.  The clandestine meetings, the urgency of the moment, all feed into the life experience of men trying to assimilate into the main stream of life without denying who they are, while society is doing its best to frustrate any compromise or acceptance.  Some make it. Others, do not.  Director and screenwriter Haupt doesn’t choose sides.  He wisely leaves those choices up to the audience.  On the up side, Switzerland officially accepted gay partnership in 2003.

On the down side, however, I wish director Haupt had paced his film better.  Also, the film could have benefitted from more coverage and camera angles once the master shots were filmed..  It’s potent material being filmed for audiences of every persuasion.   Notwithstanding the emotional trauma the onscreen actors are experiencing, they come across as is they’re sleepwalking with little energy or intensity, except in their close-ups.  Yes, I know that is a characteristic and style of some European directors, but I think is does a disservice to the performers.  The overall look of the film works.  The 1950’s and 60’s in Europe were a bit gray and grungy. I know, I lived in England for three years, so I’m not totally unfamiliar with a European post WW II look.

Now it’s 2015 and societies and cultures are still grappling with all sorts of human rights issues worldwide.   As Rodney King said following the Los Angeles Watts riots of 1965, “Can’t we all just get along?” That would be great, however we’re not there yet.   But at least the world is moving in the right direction for 10% of the planet’s population.  “The Circle” is currently playing at the Music Hall theatre in Beverly Hills, CA.

There are still parts of the world where countries are ruled by the laws, customs, and traditions that go back millennia.  Some of those traditions and customs like abducting children to become child brides, however, just doesn’t fit into modern-day western culture.

“Difret”, an Ethiopian film dealing with the vexing ancient tribal custom of child-bride abduction in its rural areas, is executive produced by Angelina Jolie whose celebrity raises the stakes in drawing attention to the issue.  This isn’t a Romeo/Juliet arrangement of willing young lovers.  These are adult men kidnapping young girls – some as young as 12 years-old; forcing them to become brides.  The custom or practice is called “telefa” in Ethiopia.  Granted, it only occurs mainly in the tribal rural areas, but the custom robs thousands of young Ethiopian girls of their childhood and their future.

The film written and directed by Zeresenay Berhane Mehari, challenges this time-honored custom that affects over forty percent of Ethiopian adolescent girls.  His focus is on the real-life rape experience of 14 year-old Hirut Assefa who shot and killed her abductor while trying to escape.  As a result of her actions, the sensational trial that followed rocked the justice system in Ethiopia into reevaluating its tradition and ancient custom versus the codified laws of a country now existing in the 21st century.

The story of “DIFRET” begins in a rural village, a mere three hour drive from the country’s capital city of Addis Ababa.  Bright 14 year-old Hirut Assefa (Tizita Hagere), is on her way home from school, having just been promoted to the 5th grade, when suddenly men on horses come sweeping in and kidnap her.  During her captivity she grabs a rifle and tries to escape, but ends up shooting her would-be husband, killing him.

When defense attorney Meaza Ashenafi (Meron Getnet), an empowered and tenacious young female lawyer arrives from the city to represent Hirut, Ashenafi’s plan is to plead self-defense.  This strategy places her client and herself on a collision course with the civil authorities and the accepted and abiding customary tribal laws.

There are plenty in a patriarchal society who feel threatened, and are not enamored with young female lawyers challenging the laws and the role of females in their society.  Through the lenses of western eyes, the issue will appear as a no-brainer.  However, in Ethiopia, the struggle for equal and civil rights for women is a work in progress.  The justice system places obstacles in Ashenafi’s way at at every turn in the hope that she will just give up and accept the status quo.

The performance of beautiful Meron Getnet, one of Ethipoia’s most sought after actresses, and playwrights, is forceful and compelling.  The chemistry between the tenacious Getnet and the stoicism of her 13 year-old co-star Tizita Hagere – a non-professional actor discovered by director Mehari when he conducted city-wide auditions for the film – is what helps propel the narrative forward.

According to director Mehari, the film’s title has a double meaning in Amharic, the primary language of Ethiopia.  “In its most common usage, “difret” means courage or ‘to dare’- but it can also refer to rape.  Challenging cultural norms is never easy but it often begins with individuals who dare to break with tradition and those courageous enough to support them.”

“Difret” photographed in 35mm color, is technically proficient for one of only four motion pictures produced from a budding Ethiopian film industry.  It has a cast of three hundred actors and extras, which make it a pretty ambitious film project for a fledgling production company.