4:48 Psychosis at the Prototype Festival

Philip Venables' Remarkable Opera Arrives in the US 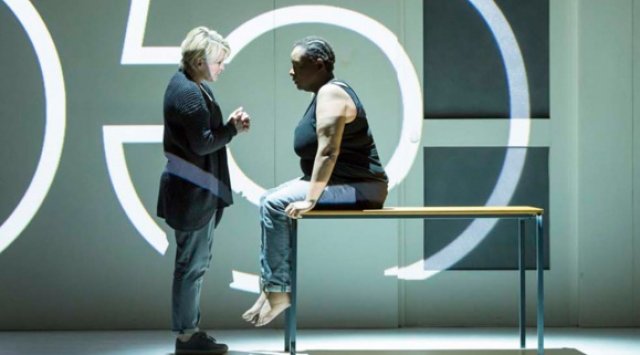 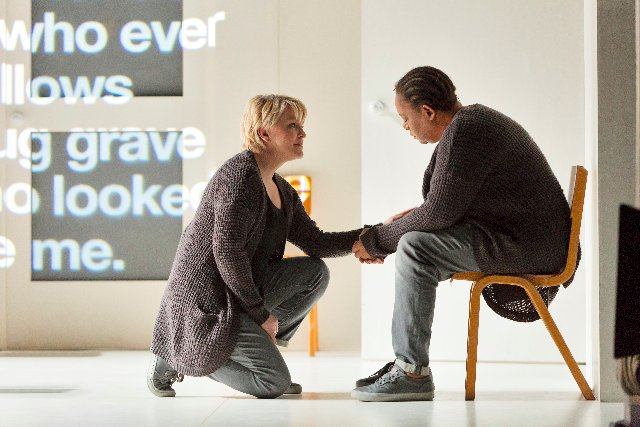 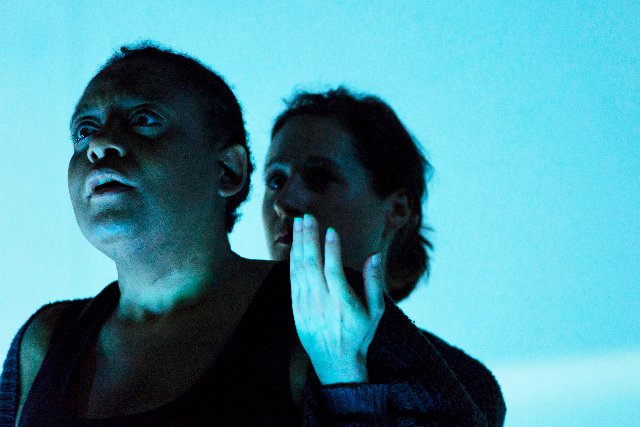 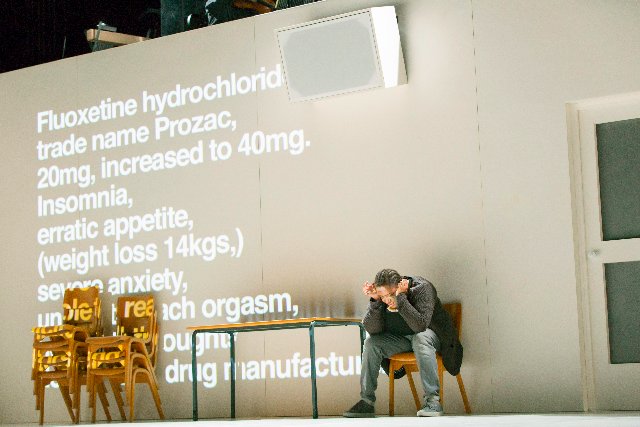 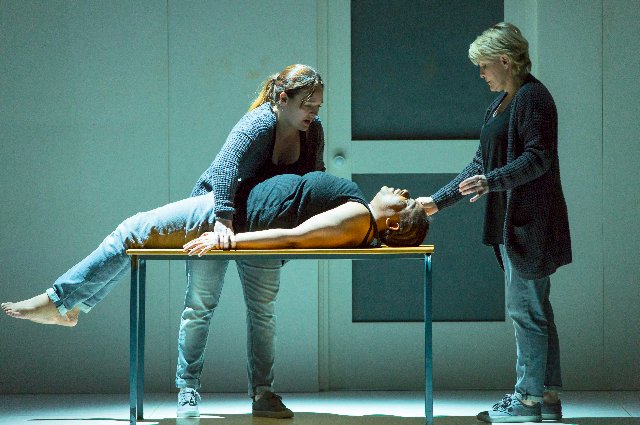 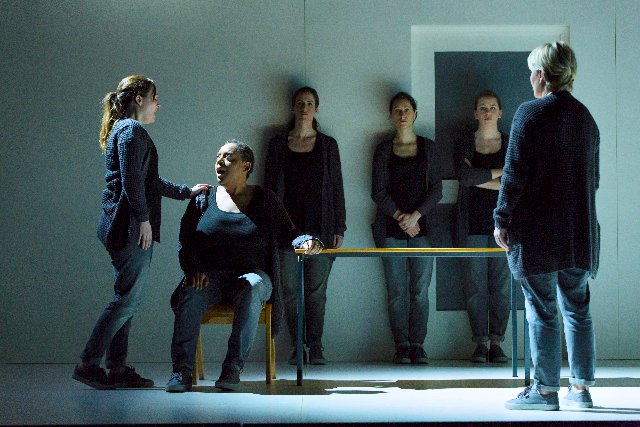 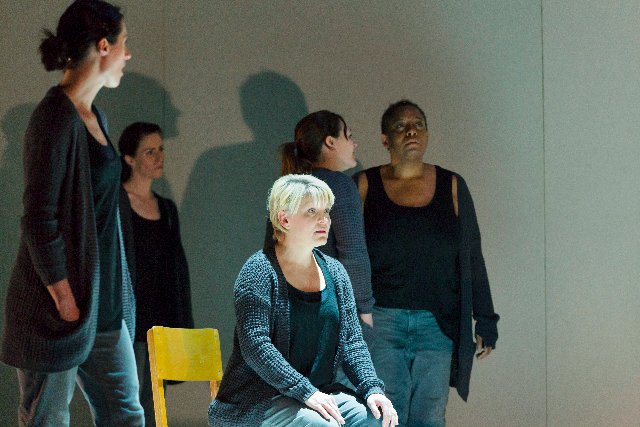 4:48 Psychosis, an opera by Philip Venables, had its North American premier as part of the Prototype Festival in New York. It feels like exploding moments of Ophelia’s descent into madness. Based on a play by Sarah Kane, and often called her suicide note, musical moments of both beauty and anguish depict emotions leading to a death by hanging.

The playwright’s language, which the composer has appropriated, is powerful. Yet it is more evocative than it is narrative. Words expressing anguish arrive as the colors of a sound and its texture.

This is a work of texture. Musical instruments range from a saw cutting a board to a gentle solo chime used as a punctuating period. Scraping sounds help us feel Gwen's pain. Varese-like sirens scream. Muzak is in the back- and fore-ground, adding an institutional dimension in the opera.

Texture does not exist on one plane. Intriguing lighting mixes with the human voice singing and speaking. Lines are projected on the rear wall of the set for us to read. A drumbeat often accompanies our eyes. It feels like the jungle. And it is, for this is a most primitive and bare emotional landscape.

In Kane’s original play, there were male characters. Here the stage is filled with women. Four of them are in-part doppelgangers of Gwen, who is fighting for her life, or perhaps succumbing to a wish to disappear. A doctor, presumably a psychiatrist, tries to be both professional and warm, and fails her client.

Instead of scenes, the opera is divided into themes like the cornucopia of drugs available to the disheartened and a religious prayer with music honoring Bach accompanied by a procession.

When the human sound is singing, the melodies and lines are often lovely.  Yet there are many other sounds we emit. The work begins with loud breathing, a play on song as being 'on the breath' and the necessity of breath for life. Venables is a contemporary composer, like Tom Cipullo, Kevin Puts and Huang Ruo, who understands that the word is a form of music.  Unaccompanied words for part of a musical line, and are often interwoven to make an unusual and satisfying texture.

The set was simple, a long rectangular room with doors at either end. A door in the back of the set had windows and light played here. Often the text referred to going down the 'hatch', which tipped the imminent suicide and also the exits.

The brilliance of the direction of Ted Huffman cannot be over-emphasized. The women are in constant motion, moving perfectly with the sounds around them. Sometimes they form a triptych. At others, they are entwined. William Cole conducted the disparate parts so that they formed a seamless whole.

The performers were all superb. Gweneth-Ann Rand sang the lead in a remarkably rich range.

When originally performed at the Royal Opera House in London, performances were sold out. This composer is working on an eagerly awaited new commission for Opera Philadelphia.