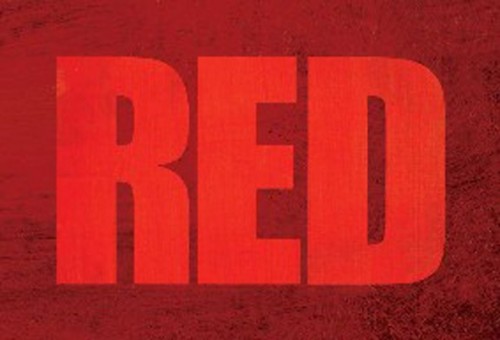 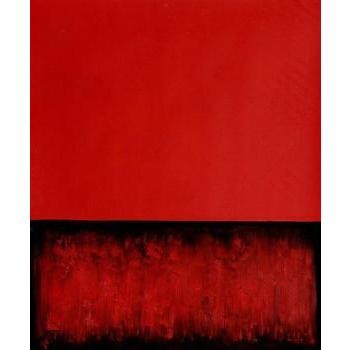 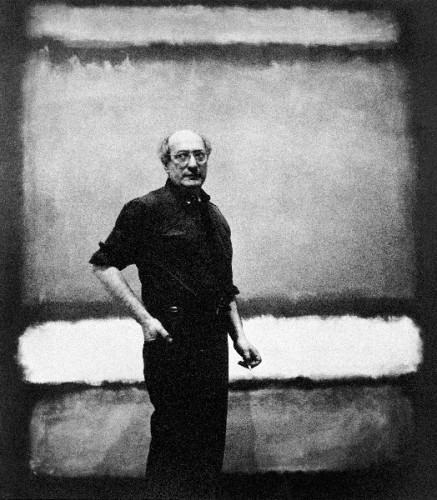 Mark Rothko in His Studio. 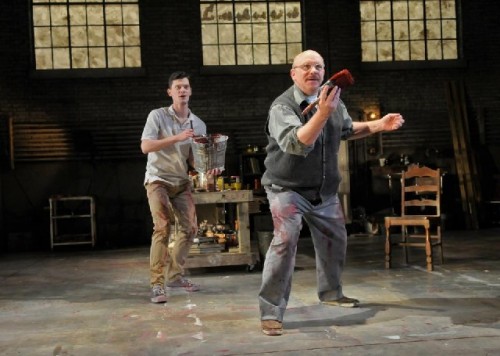 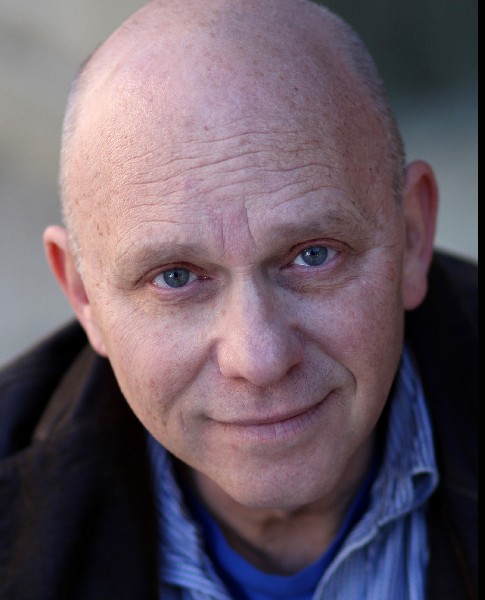 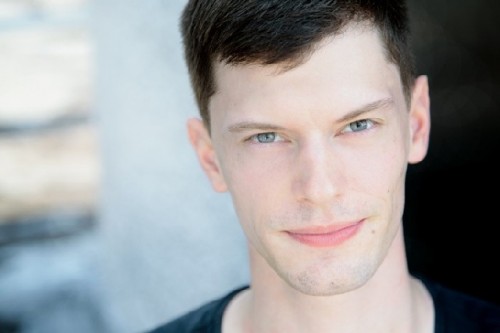 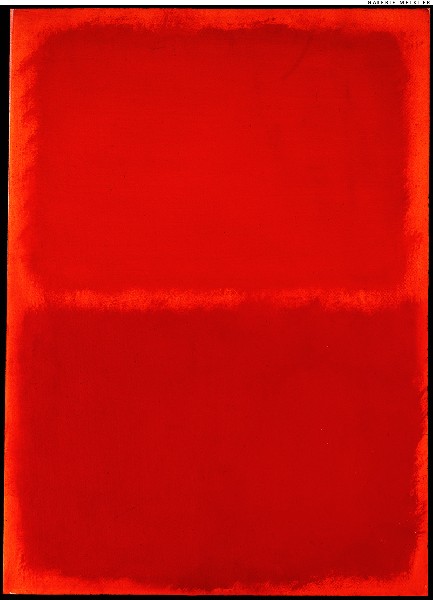 How does the artist conceive of his art?

How does the artist view the world through his art?

These are just a few of the intellectual and aesthetic sometimes unanswerable questions being wrestled with in Red now playing at the SpeakEasy Stage Company. This fictionalized story is based upon the largest contemporary art commission for paintings up until that time in 1958.

The artwork was for the then under construction Seagram's Building's Four Seasons Restaurant designed by architects Mies van der Rohe and Philip Johnson. Abstract Expressionist superstar Mark Rothko (1904-1970) was the chosen painter.

This drama is set in the New York City studio of the artist. What transpires is an art historical conversation, a philosophical monologue and, at times, a focused personal opinion lecture with, to and for Rothko's young, often intimidated, assistant Ken (Karl Baker Olson).

Using the zeitgeist of Rothko, playwright John Logan has created an electrically charged 90 minutes about what is art and how and why some of it is made. There is a fierceness to the discourse, a cerebral as well as aesthetic search for truth. Rothko already felt that he knew what beauty was. His ego was not diminitive. As he points out "just look at it and feel it, really, really feel it."

Thomas Derrah's roaring, fierce and penetrating portrayal of Mark Rothko is almost epic. He literally channels Rothko. He is a short, bald, stocky man painfully burdened by the weight of the world on and around him. He is compelled to passionately and even spiritually communicate through his canvas and brush. Derrah's Rothko speaks and emotes brilliantly, hitting high and low points naturally and fluidly.

Though not particularly admirable and not at all pleasant, Rothko lives larger than life in this characterization. We almost feel for him. Derrah's acidic overtures to his assistant Ken are at once confusing and belittling but also edifying. Here, we witness the struggle of the traditional with the new, old, and young.

Elegantly subtle in his portrayal, Karl Baker Olson's Ken is like a small flower struggling to open under the hot sun of Rothko. His innocence is continuously shattered and stomped on during the play. Near the end, as he matures his insight clarifies the great painter's vision, taking the petals off his eyes.

Mark Rothko's aesthetic beliefs were highly informed by Nietzsche, Greek mythology, Freudian as well as Jungian theories, Renaissance Art and his own Russian-Jewish Talmudic heritage. To himself, Rothko's art was profoundly imbued with enormous emotional content as well.

A Yale University dropout, he was viewed as a brilliant thinker. There his attitudes were defined and etched into his personality by his view that the rich and entitled were different than his poor and more meager pedigree. His feeling of being an outsider (quite Dionysian, by the way), first as an immigrant Russian Jewish 10 year old coming to America and second as a poor Portland, Oregon Yale student from the working classes led to his leaving Yale and informed his life.

The artist worked his way through many painting styles from mediocre figurative to eventual brilliant abstraction. The artist's search for new forms of expression led to his mature painting style. The resulting paintings employed shimmering colors to convey a sense of continual visual energy and what the artist considered vibrating spirituality.

Throughout his life, he rebelled against the banality of the establishment, the elite and the wealthy. These people were the intellectual as well as the aesthetic enemy. Strongly supporting the notion of an artist's total freedom of expression, he believed most contemporary art was compromised by the marketplace. He hated the idea that some of his art would be bought for fashion or prestige, not for its meaning or visual quality.

This belief often put him at odds with the art world, an attitude that led him to publicly refute critics, refuse commissions, turn down sales and reject exhibitions. He particularly disdained Pop Art and its practitioners for their blatant commercialism.

And this was Rothko's dilemma of the Four Seasons commission as well. These large paintings (referred to as murals) were to hang in a place totally anathema to his principles--elite, chic, establishment and overly expensive. His assistant painfully helps him to strategically and critically work this out.

Red is drama at its best. With John Logan's verbal brushstrokes, Thomas Derrah paints a masterpiece portrait of Mark Rothko in Red. The audience really, really feels it.