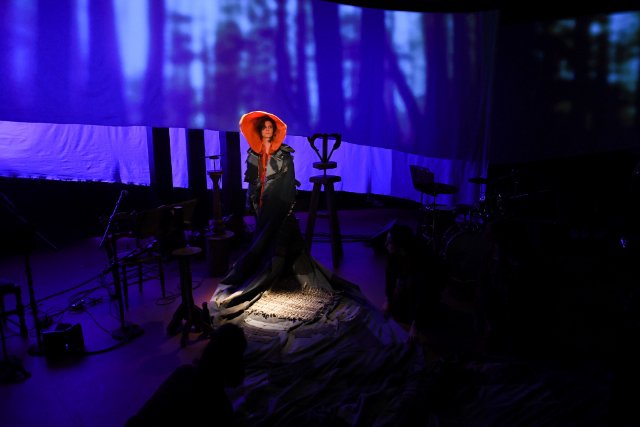 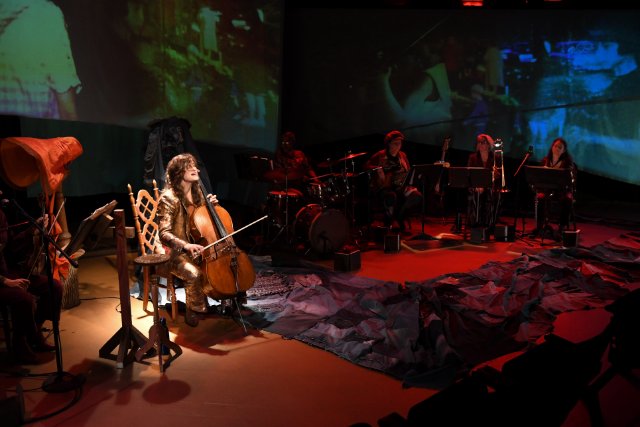 Coloff and her band storytelling 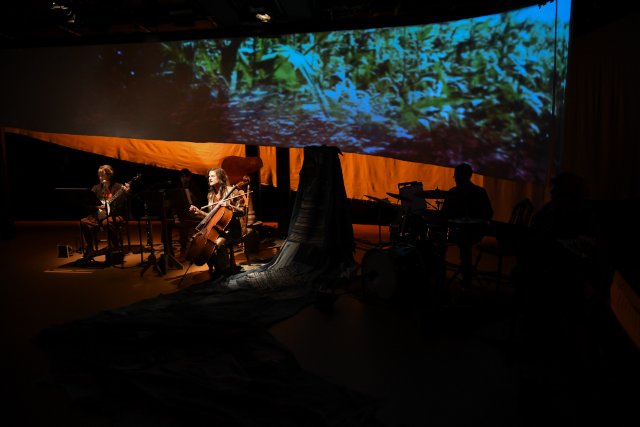 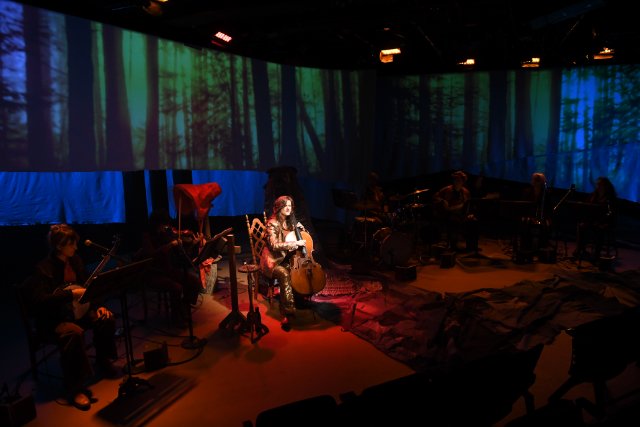 The trail of jeans leading up to Coloff 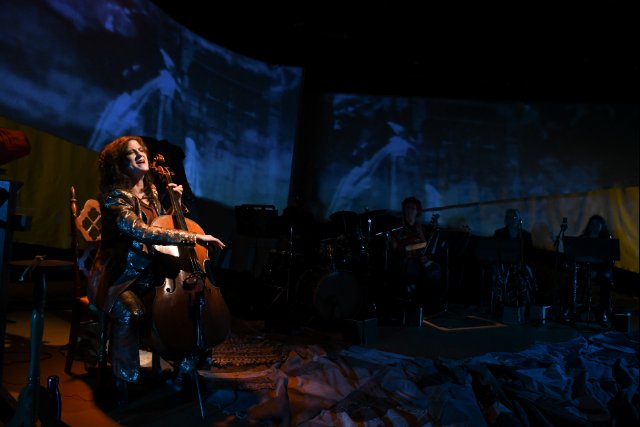 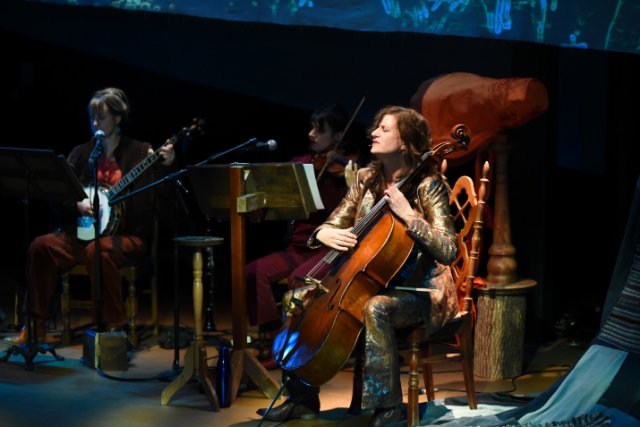 Coloff in a gold suit and cowboy boots. Hilary Hawke on bango and Christina Courtin on violin 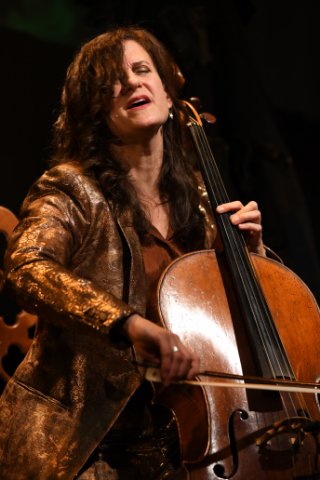 Coloff invests in her lament.

A mysterious figure hidden in a huge poke bonnet parades onto the rear of the Mainstage Theater at HERE. She is trailed by figures bearing jeans, an icon of the American West. These are dropped to form a trail, like Hansel and Gretel's candies, leading to the pioneer, Leah Coloff's, seat on stage.  Coloff with Ellie Heyman has created a lament modeled on a traditional cowboy ballad.  The story is urban, as pioneer Coloff has lived in Brooklyn for years.

Born in Washington state and spending summers in Montana, Coloff adopted her pioneer spirit.  Now she is one as she performs a one woman life history in song and words, accompanied on her cello.

The walls of the stage are surrounded in a soft material where footage from Coloff's childhood is projected.  Half her heritage is Bulgarian. We don't hear music from Eastern Europe, although we learn that Coloff's father loved classical music. Much is made of a brother tricycling, including closeups of pedals and feet in motion. The soles of his sneakers are attached to the pedals by electrical tape.

As the band is seated, we see a diverse group of female musicians who single, in duet, and in group provide a rich musical ensemble.

Violinist Christina Courtin, familiar to fans of The Knights, bows and sings beautifully.  Hilary Hawke, strumming a banjo cowboy-style, sits beside her.  With Coloff on cello, the three women weave the story in words, song and music.

Bernice 'Boom Boom' Brooks is on the drums, an adventuresome percussionist for decades. Next to her  Anne Whitehead sometimes make the hatted trombone sound like a tuba waiting-to-be. Jessica Lurie beats her foot to her saxophone's notes and sometimes picks up a flute to soften the atmosphere.  Tucked at the back of the raked theater is Jennifer Maidman on bass.

Each of the women star in solos.  They have never performed together, but find their grooves perfectly.

Coloff's story centers on a ten-year struggle to conceive a child with her partner, SC, who she discovers is abusive and really does not want to have a child with her.  A family secret is revealed, although its impact compared to Coloff's conception efforts is pale.

Coloff is clearly committed to her pioneer roots, from which THISTREE springs. She has set herself a one-woman challenge and succeeds in making us part of it.  Her language choices are moving and unusual.  We are part of the pioneering efforts of new musical and dramatic forms at HERE and the Prototype Festival.