Is Riff of Holywood on Broadway Oscar Bound 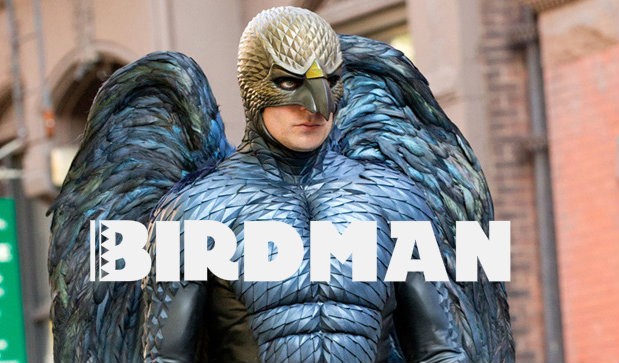 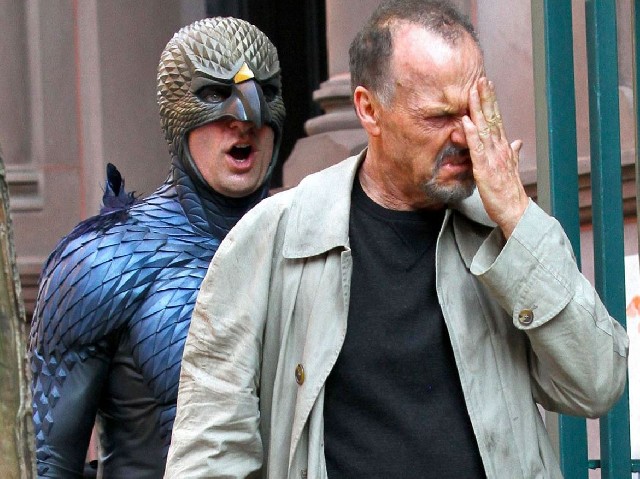 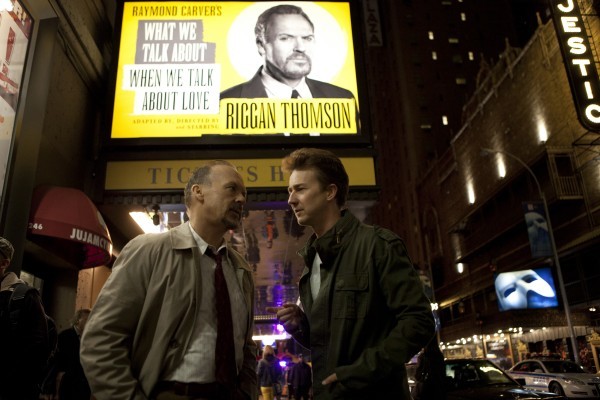 It’s been sometime since Hollywood made an award-winning movie about the Broadway stage – 1950’s “All About Eve” comes to mind – as a backdrop and subject for a story about theatre actors. In the case of “Birdman”, starring Michael Keaton, now in general release (in time for the Oscar nominations), we have a movie about a Hollywood actor going to New York to revive his faded career.

Michael Keaton brilliantly plays washed-up movie star Riggan Thomson who once played an iconic superhero in films; who now must overcome his ego, family and money problems, as he mounts a Broadway play in a bid to reclaim his past glory. Keaton’s character is suffering from depression and alcohol addiction. Never-the-less, he feels if he writes, produces, directs, and stars in a hit Broadway play he’s back in the Hollywood game.

The black comedy, directed by Alejandro Gonzalez Inarrito, from a screenplay by Inarrito, Nicolas Giacarbone, Alexander Dinelaris, Jr, and Armando Bo, is a fascinating exercise in movie techniques. Inarrito employs the use of a steady-cam or hand-held camera which follows the characters everywhere; creating the feeling that the movie has been filmed in one take. It’s an interesting convention, but may leave some viewers grappling with temporary vertigo.

There is a lot of following of the characters walking down hallways, up stairwells, in and out of backstage dressing rooms, out onto Manhattan streets, and the rabbit warren-like backstage areas. Cinematographer Emmuael Lubezki, and his camera crew are especially adept in capturing Inarritu’s personal vision of the “Birdman” story; one that wanders all over its story-arc. Never-the-less it’s a technically sound and wonderfully acted film. My only worry was that the audience would spend too much time wondering “how’d they do that?” and not enough time following the narrative of the movie. Of course one could always get back on track by following and listening to all of the characters falling back on good old ‘F-bombs” to jolt the audience back to the storyline.

Helping to make “Birdman” a genuine Oscar candidate is the supporting cast led by Edward Norton as Mike Sheiner; Riggan’s costar in “the play” within the movie. Norton, as Mike, is the slippery type of actor any star has to keep his eye on, or he’ll steal the play. Maddeningly egocentric, but so necessary for the chemistry between them to simmer and then boil over.
Ably supporting Keaton’s tour de force performance are Zack Galifianakis as Brandon, Riggan’s lawyer friend and producer, Naomi Watts as Lesley, Riggan’s actor/girlfriend with a passionate desire to play Broadway; Emma Stone as Sam, Riggan’s recovering addict daughter and his assistant, and the wonderful British actor Lindsay Duncan in a tiny gem of a cameo as the vengeful influential theatre critic out to destroy Riggan. She views Riggan as just another Hollywood movie star trying to use Broadway as a passport back to Hollywood (shades of Addison DeWitt, in “Eve”).

“Birdman”, like last years’ Oscar Winner “Dallas Buyers Club” features a character I didn’t much care for, but I sure did enjoy and admire the performance of its star Matthew McConaughey, who walked off with a much deserved Oscar statuette by playing a flawed character. It’s a strong possibility that Michael Keaton, another flawed character-study, will do the same. He has Eddie Redmayne as Stephen Hawking, in “The Theory of Everything”, and David Oyelowo as Martin Luther King, Jr., in “Selma” to beat; which is no mean feat. Let the games begin!