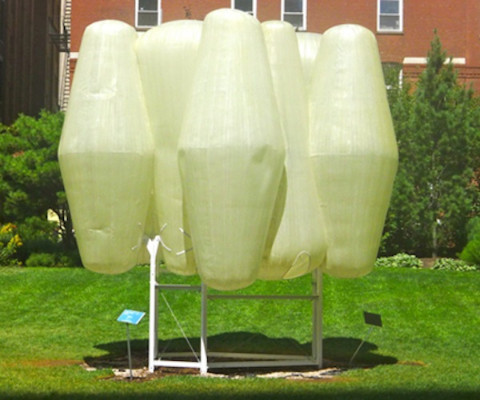 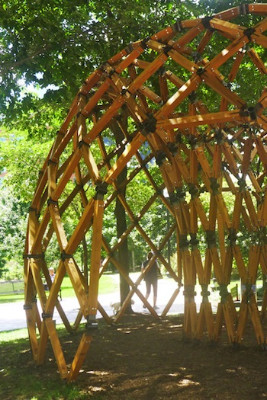 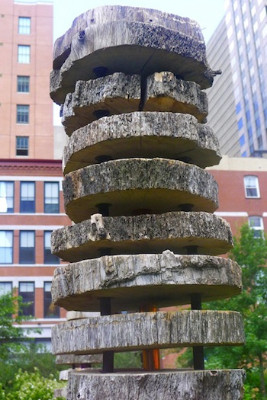 Boston is one of small number of major American cities that can boast of few significant examples of outstanding contemporary architecture. Considering the area’s massive pool of creative architecture and design talent, as well as its prominent schools of design (including Harvard’s Graduate School of Design and MIT’s School of Architecture + Planning), this paucity is mysterious, to say the least.

Of course, a conservative Boston tradition of architecture and design has been entrenched for decades, resulting in the creation of uninspired structures and buildings by imaginatively constipated design firms and developers. This staid zeitgeist has been reinforced by a confused and often creatively blocked Boston Redevelopment Authority (BRA). Keep in mind that developers pay the fees that fund the BRA — this cozy set-up has only encouraged development with little or no master planning. The inevitable result: with a few exceptions, the BRA oversaw construction of very boring and ordinary buildings.

Putting it politely, Mayor Thomas Menino’s administration was timid in its approach to contemporary design and public art. The mediocrity of South Boston’s Seaport District rivals the depressing lack of character of Washington D.C’s Crystal City, the totally vanilla and boxy development adjacent to the Reagan National Airport.

Hoping to stimulate higher quality and innovative design in the region, Design Biennial Boston was introduced during the dark economic days of 2008. Its mission is to showcase the distinctive work of emerging Boston architects, designers, and landscape architects.

Following an open call for entries, GLD, Cristina Parreño Architecture, Landing Studio, and MASS Design Group were chosen by a jury of professionals and academics to create installations for the 2015 Biennial. This small but incisive introductory exhibit presents each of the selected firm’s design work along with the concepts and themes behind their installation in the Greenway. Though not actually architecture, the purpose of these installations on the Rose Kennedy Greenway are to “provoke” more “architectural imagination” in and around Boston.

At the installation’s opening, Mayor Walsh commented, “Boston has such a vibrant talent pool of designers, and these four installations remind us of how creative those designers can be when given opportunities. I want Boston to be a municipal arts leader, and putting this type of exciting and thoughtful work into the public realm is what gets us closer to that goal.”

The current installation represents an interesting blurring of the lines between public art and architecture. Though each project deals with various forms of materiality and construction, the four site-specific projects take a very different approach. The exercise underscores the individual conceptual framework of the selected design firms.

Though all four pieces are provocative and assert their own aesthetic presence, the two most accessible pieces, visually and viscerally, are Landing Studio’s Marginal and Mass Design Group’s Lo-Fab. Each proffers a warm and layered attraction.

Somerville-based Landing Studio’s Marginal is an homage to Boston’s harbor history. The designers see wharfs as characteristic features of New England. Though often in decay today, they are markers of the traditional interface between land and sea; they evoke the historical conversation between landscape and tidal movements, ecological diversity and change, and the push/pull of human development set against the impending threat of rising sea levels.

Marginal is created from eight recycled pilings taken from a Boston shipyard. Each was sliced into 2” thick cross sections. These pieces were reconfigured into 18 columns set in a grid. Wonderfully, they spatially reference history as well as nature — past, present and future.

Mass Design Group’s lattice structure Lo-Fab is located adjacent to the Central Artery ramps. The piece is set over two curved paths that lead to a somewhat screened wooded space. Formed from an elliptical geometry, it doubles as a personal shelter and an intimate open space. This pragmatic approach is an expression of Mass Design Group’s philosophy of using architecture as a mechanism that can fundamentally improve people’s lives. The firm stresses social impact as a natural outcome of good design; its efforts are focused primarily on rural areas of Africa and economically disadvantaged communities in the United States. The firm has offices in Boston and Kigali, Rwanda.

Fabricated from a composite of resin-infused fiberglass, GLD’s Grove is — according to the designers’s concept — supposed to suggest a cluster of trees. But it looks more like a monster lamp or even alien pod creatures. The piece’s exterior strikes mingled notes of estrangement and connectivity, though its interior is meant to be sculptural. Grove certainly has presence; puzzled viewers can be seen pondering its shape and structure.

Then there is Cristina Parreño Architecture’s 17 ft tall thin rectilinear tower: Tectonics of Transparency: The Tower. Constructed of 350 custom fabricated glass blocks, the designers see it as an “urban periscope.” The physically slickest composition in the installation, it is also the least imaginative of the group. This sculpture seems to pose a self-consciously conceptual approach to design. With The Tower, material follows form. Its monomaniacal structure says ‘tall and narrow.’ In contrast, GLD’s Grove stresses all aspects of craft, both architectural and digital.

As design interventions on the Greenway or as temporary public art pieces, the Boston Design Biennial 2015 installations are more intriguing and individually accessible than the Greenway’s earlier Steampunk fog mist machine by artist Ross Miller and the over busy Armenian Genocide Memorial by architect Donald Tellalian.

Still, a huge question remains: is the Boston Design Biennial 2015 a short-term exercise or a genuine commitment to the future? Is Boston finally letting the genie of design imagination out of the bottle?