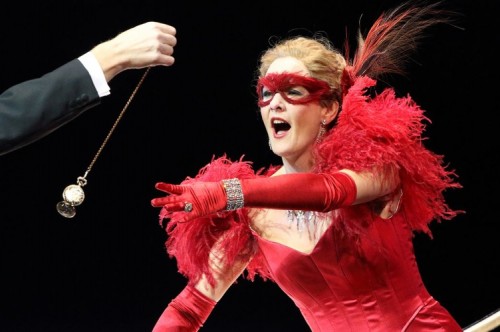 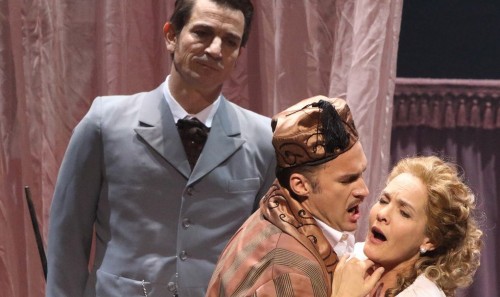 Rieger, Montvias and Petersen Rieger is Frank, come to take Eisenstein to the goal. He mistakes Alfred for the husband. Alfred is a great fatalist. He accepts the situation as unavoidable and makes the best he can of it. Montvidas sings a beautiful goodbye to Rosalinde. Then he surrenders himself into Frank's custody. 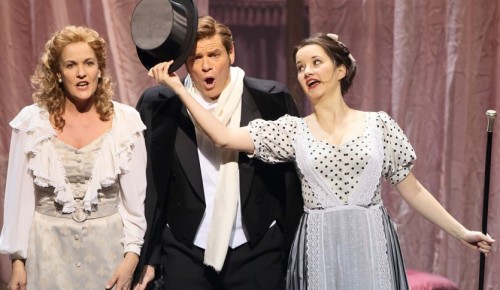 Petersen, Skovhus, Prohaska What a trio! 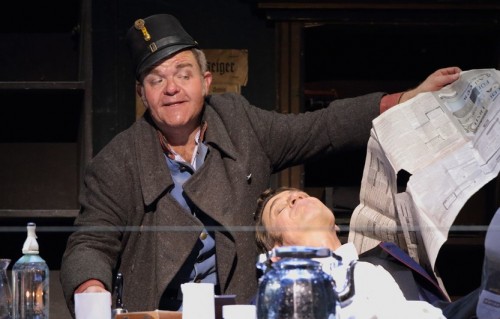 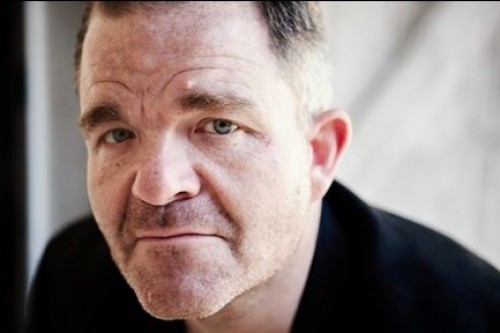 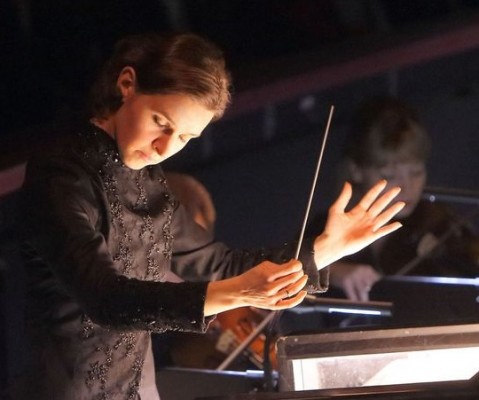 Oksana Lynx conducting. She brings forth the rare blend of sparklingly entertaining and substantial. 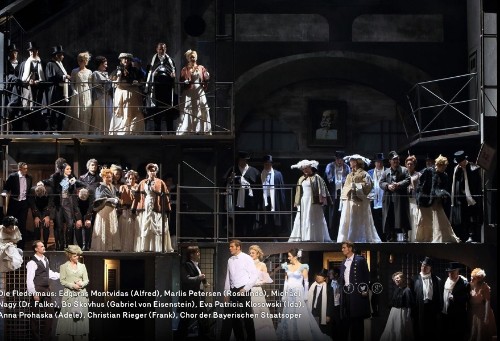 Jail has never looked so good. 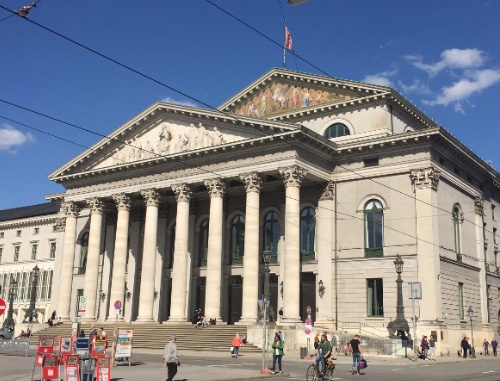 Marlis Peteresen is getting her reprieve from the brilliant, but taxing, farewell she sang as Berg’s Lulu at the Metropolitan Opera this fall. Now she is Rosalinde, in control of the manic goings on of this charming operetta. Her voice is shimmering enchantment.  She doesn’t have to go to the depths poor Lulu did to get her sexual satisfaction and her life support.

Vienna had found the underlying play tawdry and cleaned it up. Yet Petersen does not seem repressed by this prohibition against sexual provocation.  It’s unlikely that she could be. She slithers in roles as her voice shines, a remarkable actress vibrantly alive.  The dance forms that often impel her arias are lilting and stepped.

The opera begins with a musical joke calling attention to the tenor’s voice and her own. Petersen’s lovely lyric soprano, twirls up high, dances around notes and is yearning and tender when required.  In disguise as a Hungarian countess, her teasing is full of wit and bravura.

She is matched step-for-step by Bo Skovhus as Eisenstein, an inveterate womanizer who she one-ups behind the mask of the Hungarian countess.  In a Dickensian twist of the plot, Eisenstein has been betrayed by his attorney, Dr. Blind, who will fail again as he defends Rosalinda’s long time lover.  Blind is a man of fewer scruples than the anti-hero himself.  He trips down the jail steps as though he were blind. Indeed he is, and thus so goes the evening.

Skovhus, who thoroughly engaged in the Lyric Opera production of the 2013-4 season, first created this role in Vienna. He seems born to the part, living in then and there.

From the moment he finds his lost shoes under the bed of the parlor maid Adele, he is off and running to capture as many ‘ballet rats’ as he can before he reports for jail.

Andreas Weirich directs tending each millisecond. This yields a perfect tempo, unleashing all the wit and humor of the story.

What a delight to look down into the pit and see a petit, dynamic conductor, in control of a wonderful orchestra, delivering the bright precision this Strauss operetta requires.  Oksana Lyniv brings out the bridge sounded by horns and flutes leading into violins tearing it up and the sweeping waltz finale of Act II.  The party guests dance to the melody as beautiful as Strauss' "Blue Danube."

Lyniv's reception by orchestra, singers and the audience was enthusiastic. In the potpourri of references to Mozart, the Marseillaise and native Hungarian folk songs, which sound a bit more like the Folies Bergere on Strauss’ pen, she celebrates the musical joke.

Anna Prohaska as the parlor maid Adele, is as comfortable a coloratura soprano as anyone who sang before they talked could be. She admires Sir Simon Rattle for whom she often sings because he is demanding, classic and yet a risk-taker. She is too. Not only is she bubbling over with spirit and fun, but her voice scampers and teases as she negotiates her way through the stealing of he mistress’s ball gown and an appearance at Count Orlovsky’s salon, where she is the star.   Edgaras Montvidas as Alfred was yummy.  He made you wish for a "real" opera role!

Christian Rieger is a regular in Munich and as Frank displays why. He is scheduled to appear in almost every opera in Munich's July festival this year.

All in attendance in the jail’s lobby (an appropriate name for the final gathering of the cast) appreciate.  His profession as opera singer is noted with some derision – to the audience’s great pleasure.

Cornelius Obonya is Forsch. He was born into a Viennese family like the Barrymores. His grandparents and parents were actors, but he quit acting school early and apprenticed to cabaret singer Gerhard Bronner.  So we get a riveting acting performance with a touch of cabaret.

The sets ascend from boudoir to ballroom and then plummets to a three-tiered jailhouse where all is resolved.  We are always aware that this seeming frivolity about class and music is in the real world, not a piece of fluff. Yet the feeling of the Folies Bergere is always kicking its heels up around us.

It was a perfect evening to celebrate the New Year.