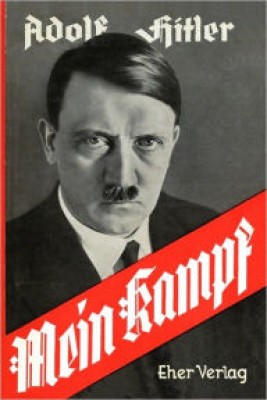 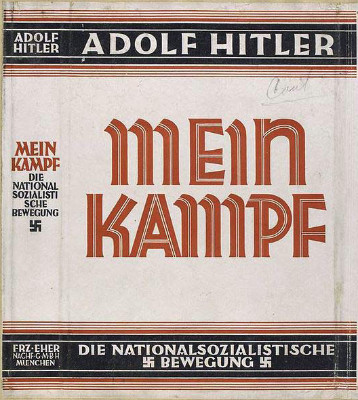 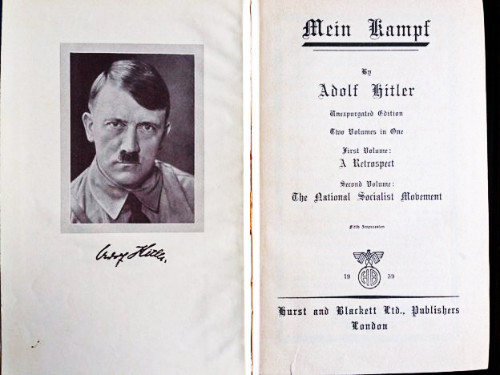 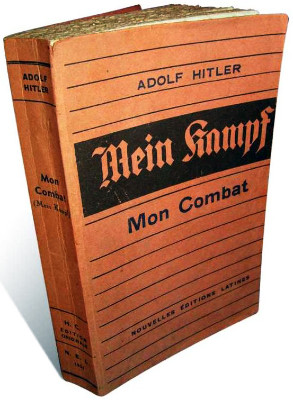 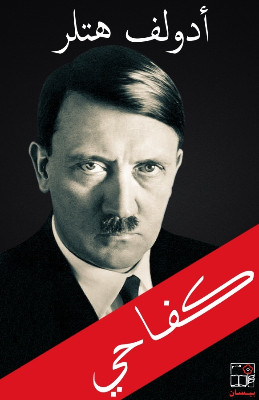 In Arabic and many other languages. 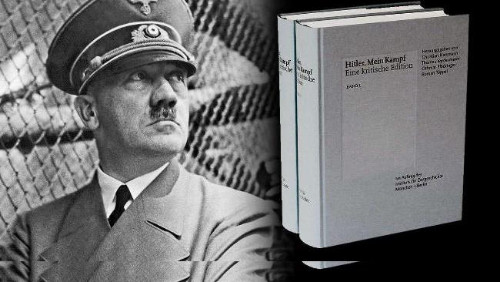 A production by Kunstfest Weimar, the German National Theatre Weimar and Rimini Apparat in co-production with Munich Kammerspiele, National Theatre Mannheim, steirischer herbst festival Graz, Gessnerallee Zürich and HAU Hebbel am Ufer, in cooperation with the Schauspielhaus Graz and with the kind support of the Düsseldorfer.

On January 7th, 2016 the Institut fuer Zeitgeschichte (Institute for Contemporary History) in Munich published an annotated, critical edition of Hitler's Mein Kampf. The copyright of the State of Bavaria and her ban on publishing the book had run out on December 31, 2015, and Mein Kampf, now in the public domain, could be presented to the public. In two volumes, with around 2000 pages and approximately 3700 notes, it was designed as a scholarly work with little appeal to the general public. The assumption proved wrong. The first edition of 5000 is gone, 1500 additional requests are in. Thus, a response to this phenomenon was in the offing, and it was presented at the Hebbel am Ufer (HAU), a theatre complex in Berlin dedicated to developing new and challenging performance experiences.

In timely fashion, Rimini Protokoll, the team of Helgard Haug and Daniel Wetzel, dedicated since 2002 to theatrical investigations of socio-political issues, had picked up on the buzz in 2015 and created a staged dialogue Adolf Hitler: Mein Kampf, Band 1 & 2. The group is based at the Hebbel am Ufer (HAU) in Berlin, but developed this performance/documentary work as a co-production between Berlin, Weimar, Graz, Zurich and Mannheim. It played at the HAU from January 7-10, 2016 to sold out houses.

The dialogues were developed by inviting non-actors to international discussion rounds. Focus was and is the investigation into the questions where the book's appeal comes from and how to deal with it in the future. The six protagonists on the stage come from different countries and differing professions and inclinations. There are: A Turkish rapper, an Israeli son of Holocaust survivors, a librarian, a blind musician and  a German lawyer. Many facts are dispersed in this two and half hours performance. Here now some facts: Even though the book was forbidden in Germany, copies in second hand book stores were readily available, since it was written before the law was established. Mein Kampf was and is published the world over, in Turkish, Japanese, Arabic and other translations. Many libraries around the globe have copies. Although 12 million copies were published between 1925-1945, making Hitler a rich man, it was seldom read. Most discussions within this protocol performance disclosed similar experiences from reading the book - the mythos of the book dwindled from fetish status to boredom due to the banal and polemic text.

It was the purpose of Haug and Wetzel to demystify Mein Kampf as an answer to the hype towards the new publication on January 7th. They gloriously succeeded with little dramatic tension by design. But for most, especially for the largely youngish audience,  dissemination of the facts in the 'bible' of Hitler Germany more than made up for this aspect. A well earned applause substantiated the efforts of team and players. From Berlin the performance will travel in 2016 to Munich, Leipzig and Dresden, and later to Athens, Greece.