The Echo Drift by Mikael Karlsson

The Echo Drift at the Prototype Festival 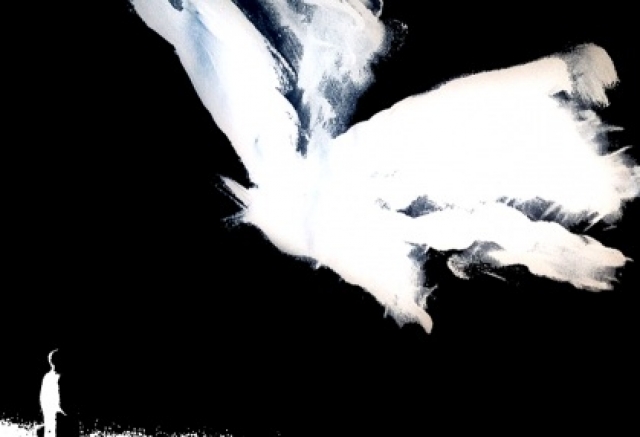 A moth has a very short life 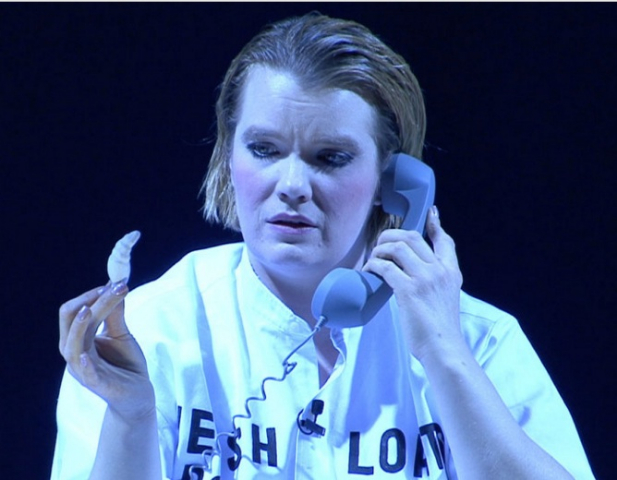 Chipping Away at Character

The Echo Drift is the second opera staged by the Prototype Festival, a group of creative producers who are working to develop new opera using all the media available, as opera has done from its earliest beginnings.

Today we have astounding technical tools available for the production of sound. Enhanced video images can extend the stage beyond anything Monteverdi could possibly have imagined.

How do we receive a new operatic work when we arrive at the theater cold, not reading even program notes to be guided by the composer's and librettist’s written intentions. The Echo Drift is a wonderful work to approach without pre-notions.

We are immediately bathed in beautiful music emanating from a piano, harp, cello, bassoon, bass and saxophone played by members of the ICE Ensemble. The clarinet and bassoon also appear in contra form. These provide a giant bass that rumbles through the theater. Synthetic sounds do not have to be created when microphones are well-placed to magnify and throw sound throughout a space.

The composer Mikael Karlsson has sometimes written onto the score the directive, ‘ugly.’ Ugly does appear. In the lines sung by Blythe Gaissert, throaty ripples are interrupted by gashing tones. Karlsson is a master of moods and their changes. We are in a world of extreme contrasts created by Elle Kunnos de Voss and Kathryn Walat.

Almost immediately we are in a swirling video grid, a linear geodesic dome turning and twisting as bars of light. Long verticals become a hallway, where doors to anonymous rooms are lined up. At the center of the stage is a real rotating room with a simple bed and desk. Gaissert is revealed there, alone. Sometimes she is being driven mad by her own mind with noone to bang up against.

A man narrates from a chair outside the room. John Kelly, the governor and the moth, morphs between authority and disaffection. He is murdered by the woman when she steps out of her room and back in time.  It is the outside world which is the 'echo drift.'  We inhabit it too, and also, because we are a step removed, receive its echoes.

Composer Karlsson is often associated with dance. As the room revolves on its base, and moths swarm in the sky, and as the lit grid lines move to the music, all the elements dance. As with dance movement, this rotating room and the circling videos draw us in. We are soaked up, sponges for the unfolding drama.

The music emerging from miked instruments penetrates the entire room and also us. As a thundering railroad car hitting the steel track and echoing out fills us with sound effects, moving inside our very being, so does Karlsson’s miked music get inside. Immersion is a term that is often used. This music takes us in. You are very aware of yourself and yet you are filled with sound and its textures. Pianist Aaron Likness plays a tinkling top which effervesces over the huge sounds which are unleashed around the keyboard. The conductor Nicolas De Maison masterfully brings out the contrasts between very small and grand in the music.

It is interesting to later read that the woman is a confidence artist who is being held in solitary confinement. Time gets jumbled as she steps out of her ‘cell’ and into the world. It would be fun to see another performance of the opera with this in mind.

As artists push the boundaries of operatic creation, the idea of story is also being broadened to an emotional context in which deeper insights into character and motivation can be revealed in song, visual material, and most importantly, music. Karlsson’s music is a wonderful master arc in The Echo Drift.