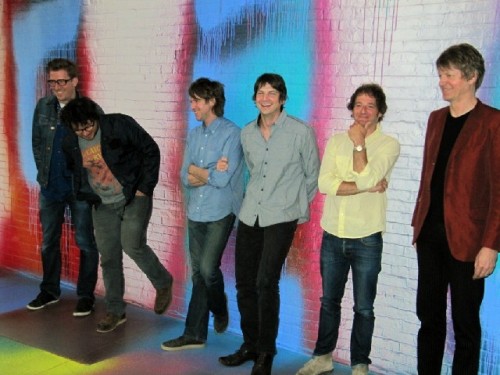 Wilco up against a wall at Mass MoCA. Giuliano photos. 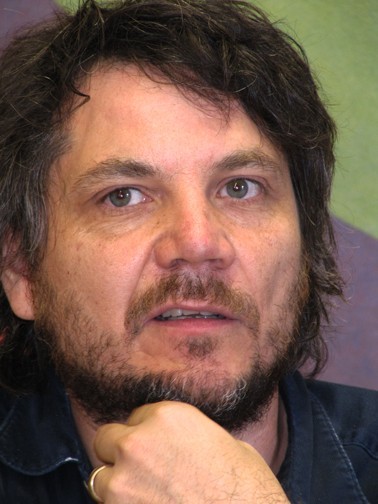 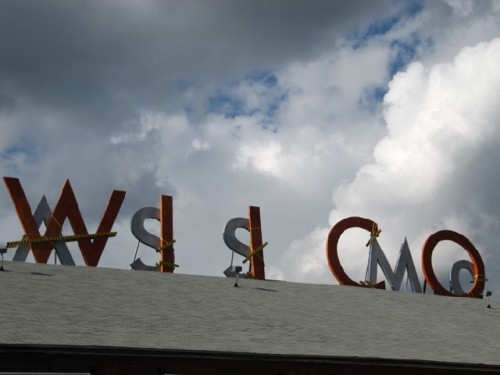 A sign of the times but not this year. 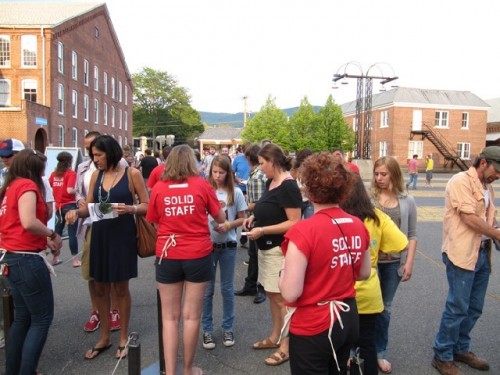 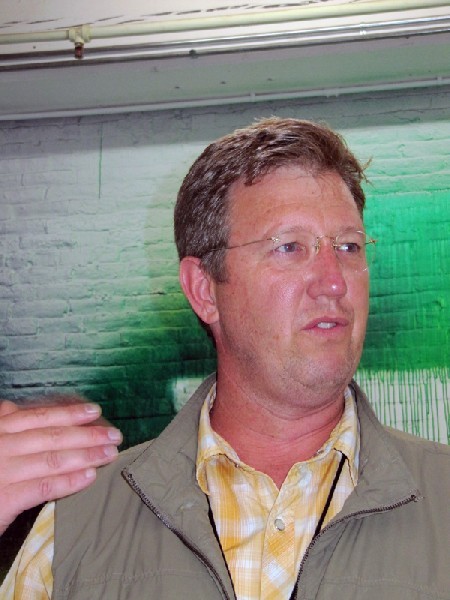 Say it ain’t so Joe.

For the past two years Wilco has partnered with Mass MoCA to bring its immensely popular Solid Sound Festival to North Adams. There was an agreement for several more.

The influx of some 6,000 over a June weekend has brought much needed cash to the hotels, shops and restaurants of hard scrabble Northern Berkshire County. Rooms sold out as far away as Vermont.

On opening night last year fans were soaked to the skin as the rock band was singing in the rain. There was a run on the supply of plastic ponchos.

This year, however, we will be left high and dry come June.

Although there is an agreement for several years the festival will skip a beat and return in 2013.

There will, however, be a MoCA benefit concert this summer on a date TBA.

We're going to miss those guys.

The next Solid Sound Festival will be held June 21-23, 2013 at MASS MoCA in North Adams, Ma. The Wilco-centric three-day event will take a one-year hiatus in 2012, but Wilco will perform at the museum this summer in a special concert to benefit MASS MoCA. The exact date of the benefit concert will be announced shortly.

“The Festival is dearly loved by all of us -- from the band to the staff who organize and execute it -- so the decision to take 2012 off was not an easy one,” said festival co-organizer and Wilco manager Tony Margherita. “However, with the release of Wilco’s latest album The Whole Love on their own newly launched label, followed by a lot of touring both home and away -- well, we‘ve had a pretty crazy year. All that factored in to deciding that the best thing for us and for the festival would be to give ourselves enough time and energy to really focus on making Solid Sound 2013 the best one yet."

“We also understand the financial impact that taking the year off will have on MASS MoCA, our incredible host and not-for-profit partner in the festival,” continues Margherita. “It is our hope and intention that this summer’s benefit concert will lessen that impact and present Wilco with another opportunity to bring our fans to a place that is very dear to us.”

Line-up and on-sale ticket information for Solid Sound 2013 will be announced in the coming months. Check out

In the meantime Wilco’s first dates of 2012 get underway January 19 in Denver, CO. See below for a full list of tour dates.

The Whole Love has earned a Grammy nomination for Best Rock Album in the 54th annual Grammy Awards, to be awarded on February 12. Among the rave reviews the record has received worldwide, The Whole Love was named American Songwriter magazineÊ¼s 2011 Album of the Year and called “an eclectic masterpiece” by the St. Louis Post Dispatch. Wilco previously won Grammy Awards for their 2004 release A Ghost is Born in the best alternative album and best recording package categories. WilcoÊ¼s Jeff Tweedy won a Grammy award as producer for Mavis Staples’ 2010 album You Are Not Alone.

The Solid Sound Festival is produced by Wilco, Tony Margherita Management and Higher Ground, in collaboration with MASS MoCA.