Georgie: The Life and Death of George Rose 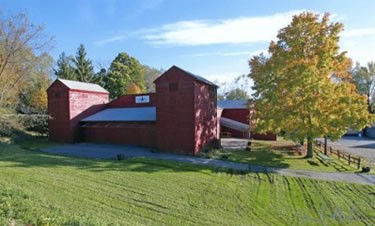 Sharon Playhouse will present a developmental workshop of Ed Dixon’s Georgie: The Life and Death of George Rose to kick off its 2015 Season from May 14-17 and May 28-31 in the Stage 2 at the Bok Gallery.  John Simpkins directs.

Georgie: The Life and Death of George Rose is Ed Dixon's one man play about his mentor, Tony Award-winner George Rose, the well-known Broadway character actor. During their quarter of a century friendship, Mr. Rose gave Ed impersonations of Laurence Olivier, John Gielgud, Ralph Richardson, Edith Evans and a host of theater luminaries. Mr. Dixon becomes Mr. Rose and at least fifty other fabulous characters during the 90 minute play. The New York Times said, "Mr. Dixon morphed from one character to another, delivering incisive impersonations and well-timed punch lines." The denouement is harrowing and includes Dixon's first-hand knowledge of the events which led to Mr. Rose's demise in the Dominican Republic. A very complete portrait of a very complicated life.
Ed Dixon is the author/composer/lyricist of Shylock (York Theatre) which garnered him his first Drama Desk Nomination. He wrote Richard Cory with A. R. Gurney, on a Steinberg Grant from Playwrights Horizons. It was nominated for a Leon Rabin Award for best new work and won the NYMF Festival Award and the Audience Prize. Cloak and Dagger, his four person musical has just opened at the Signature Theatre in DC, directed by artistic director, Eric Schaeffer and L'Hotel, his new play, has just debuted at the Pittsburgh Public Theatre with artistic director, Ted Pappas at the helm. Dixon’s Fanny Hill was presented by the York Theater where it won a Drama-Logue Award, two Dean’s List Awards and was nominated for two Drama Desk Awards. Cather Countywhich opened at Playwrights Horizons won him a Leon Rabin Award at Lyric Stage in Dallas. Ed’s comic thriller, Whodunit…the Musical has had numerous productions all over the United States and he is the author of the highly successful book, Secrets of A Life On Stage…and Off.
As an actor, Ed has appeared in more than a dozen Broadway shows including The Iceman Cometh, The Best Man, Cyrano, Sunday in the Park with George, How the Grinch Stole Christmas, Mary Poppins, Anything Goes, The Scarlet Pimpernel, The Three Musketeers, and Les Misérables.
The design team includes Jamie Roderick (scenic and lighting design) and Michelle Humphrey (costume design).
Tickets are $35. Season subscriptions are on sale now. Single tickets available online beginning March 15.  Box office opens April 15 by calling (860) 364-7469 x100.
About the Sharon Playhouse:
Celebrating 25 years, the Sharon Playhouse (49 Amenia Road) is located at the foot of the Berkshires in idyllic Sharon, CT, and just a few minutes from the Metro North (Wassaic) train station.  For more information, please visit www.triarts.net or call (860) 364-SHOW (7469).
Back to Theatre Section Home