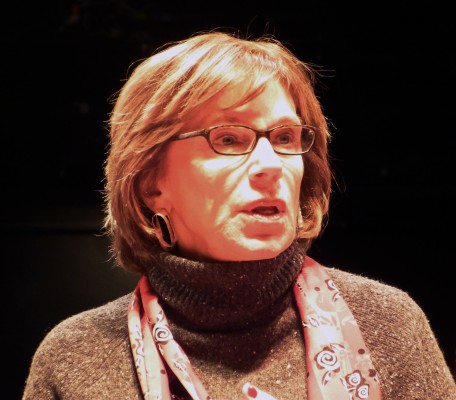 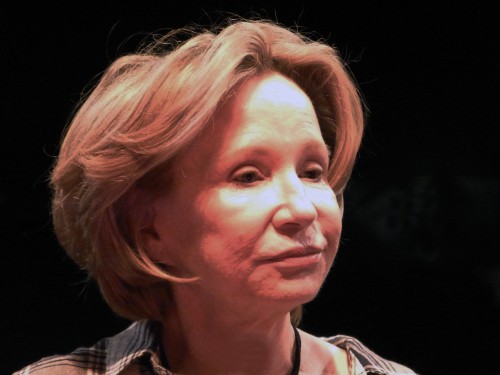 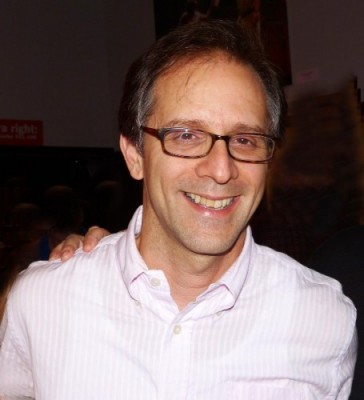 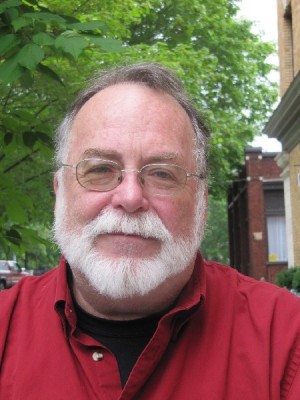 Boyd will revive a play by Mark St. Germain which she premiered when the company was new to the Berkshires.

As Julianne Boyd commented to me during today's press launch for the 2016 season "If you're not looking forward, you're moving backwards."

That means taking calculated risks like having a non-musical world premiere of a socially relevant play on the main stage during the critical high season launch over the 4th of July Holiday Weekend. It's when the ultra competitive Berkshire arts season fires off like a rocket.

American Son, by Christoper Demos-Brown will be directed on the Boyd-Quinson Mainstage by Boyd. It focuses on a recently estranged biracial couple called to the police station after their son's car is found but he is missing. They have volatile and different responses to the crisis.

Boyd plans to bring the Pittsfield community into the theatre. She has recently met with Pittsfield Police Chief Michael Wynn and NAACP Berkshire leader Dennis Powell about how to be sure Pittsfield residents, young and old, see American Son.

In the past the strategy for Barrington has been to launch with a knockout musical production. The anticipated revenue has been critical to funding and sustaining the season. With money in the bank  risk taking shows occur either late or post season. It's how Barrington makes its nut.

The big musical, Gilbert & Sullivan's "The Pirates of Penzance" with previews beginning on July 15 will follow the drama "American Son."

I asked Boyd if that represented rolling the dice with aggressive marketing for an unknown play when the safer position is to open with a sure thing; a tried and true musical. While Gilbert and Sullivan have their fans will box office appeal measure up to past Barrington hits, like "On the Town" which went on to Broadway, "Guys and Dolls" "West Side Story"  Man of La Mancha" or "Fiddler on the Roof" which is currently running in New York.

Heading into this season there may be turbulence. As Betty Davis said in "All About Eve" with droll wit "Fasten your seatbelts, it's going to be a bumpy night!"

Right now the stock market is tanking. Americans are enjoying cheap gas but the economy in a wacky election year is running on vapors. There is a lot of anger and paranoia as a third of the country has rallied behind loud mouth racist and jingo-monger Donald Trump. The mood is wait and see as arts leaders prepare for the coming season. Patrons, from mom and pop to high rollers, aren't as flush as they were last year.

Boyd assured us that "Pirates" will be the musical and not the operetta. Part of the reason for the late start was an issue of the availability of Tony winning director John Rando who took "On the Town" to Broadway. He will again be paired with Mr. Magic, Joshua Bergasse, whose choreography earned a Tony nomination for "On the Town." He won an Emmy for "Smash."

The spin following this media gathering is that Barrington has hired the New York PR firm Matt Ross Public Relations. Significantly, the dateline for today's release  was (New York- January 11, 2016). Reading the tea leaves that implies that Barrington is looking for more of a New York presence. That puts it more in line with Williamstown Theatre Festival which works with the high powered NY firm O&M with a summer intern supplying local boots on the ground. That means that all the pr and marketing decisions, including media access,  come out of NY.

As an established theatre company there is often a sense of continuity and family.

Yet again it was great to see Debra Jo Rupp on stage today commenting on her pending role in "Kimberly Akimbo" a comedy by Pulitzer Prize winner David Lindsay -Abaire. Rupp was last seen here in Mark St. Germain's traveling one woman show 'Becoming Dr. Ruth." Rupp commented that she had suggested "Kimberly Akimbo" some time ago with no response. Recently, it appears, Boyd "discovered" the perfect play for the formidable skills of Rupp. All's well that ends well.

Also St. Germain, for whom Barrington's second stage is named, is back in the Berkshires with a revival of  "Camping with Henry and Tom" which Boyd premiered long before the company moved to Pittsfield. The characters  are Henry Ford and his inventor pal, Tom Edison. On the cusp of the Great Depression, business man/ president Warren G. Harding tags along.  St. Germain will be tweaking the play with an eye on the current Republican presidential candidates and their mishegoss. The ultra conservative views of Ford will have an uncanny resemblance of those of rabble-rousing, American Caesar,  Donald Trump. The fun starts with previews on October 5.

Including previews and season tickets in several packages Boyd assures that there will be many affordable seats in the $20 to $25 range. For top notch live theatre that's a heck of a deal. Some packages sell out quickly. Act now for the best seats.

2016 will also bring to BSC the world premiere of American Son by award-winning playwright Christopher Demos-Brown, as well as Kimberly Akimbo by Pulitzer Prize winner David Lindsay-Abaire, the acclaimed Drama Desk Award winning play Tribes by Nina Raines, and Mark St. Germain’s Camping With Henry and Tom, the recipient of both the Outer Critics Circle Award and the Lucille Lortel Award.

“Barrington Stage is thrilled that our 2016 season will feature three world premieres, two of which we commissioned (Presto Change-O and American Son) and the third written by a musical theatre team (Broadway Bounty Hunter) who have been longtime friends and collaborators of the theatre. These plays/musicals, will be joined by some of the best work of an award-winning group of playwrights,” said Artistic Director Julianne Boyd.

THE 2016 BOYD-QUINSON MAINSTAGE PRODUCTIONS INCLUDE:

The World Premiere of AMERICAN SON

When a recently estranged biracial couple is called into a police station after their son's car is found, their differing views on parenting boil to the surface. This timely and thought-provoking new play tackles issues of race, bias, and culture in present-day America.

Gilbert & Sullivan’s THE PIRATES OF PENZANCE

Twenty-one year-old innocent Frederic, born on Leap Year, falls madly in love with Mabel, the simple but beautiful daughter of the fast talking Major General.  Love isn’t easy as they find themselves surrounded by a host of raucous characters, including a band of incompetent but fun-loving pirates and a group of bumbling policemen.

Billy was born deaf into a fiercely idiosyncratic and politically incorrect family. While he has adapted brilliantly to his family's unconventional ways, they've never bothered to return the favor. It's not until he meets Sylvia, a young woman on the brink of deafness, that he finally understands what it means to “speak up” for himself.

CAMPING WITH HENRY AND TOM

In 1921, Henry Ford, Thomas Edison and President Warren G. Harding took a camping trip together into the Maryland woods to escape civilization; what they couldn't escape was each other. Inspired by an actual event, Camping with Henry and Tom is an exploration of friendship, politics and leadership—a comedic and dramatic clash of two great minds and one great heart of the twentieth century.

THE 2016 ST. GERMAIN STAGE PRODUCTIONS INCLUDE:

This exciting new musical tells the story of three generations of magicians who find themselves under one roof for the first time in years. When the grandfather patriarch starts causing real magic to happen, they must confront their past mistakes and re-examine what it means to be a family.

Set in the wilds of suburban New Jersey, Kimberly Akimbo is a hilarious and heartrending play about a teenager with a rare condition causing her body to age faster than normal. When she and her family flee Secaucus under dubious circumstances, Kimberly is forced to reevaluate her life while contending with a hypochondriac mother, a rarely sober father, a scam-artist aunt, her own mortality and, most terrifying of all, the possibility of first love.

Inspired by the Blaxploitation movies of 1970’s (think Shaft), this exciting new musical follows 60-year-old unemployed actor Annie (“a woman of a certain age”) as she’s asked to become a bounty hunter and capture one of the most dangerous criminals alive, an ex-Broadway producer turned drug warlord.  With a score rich with R&B and Funk (and a splash of 80’s Rock ‘n’ Roll), the musical follows Annie as she tries to find the inner-strength she needs to save theater itself and realize her true badass identity.