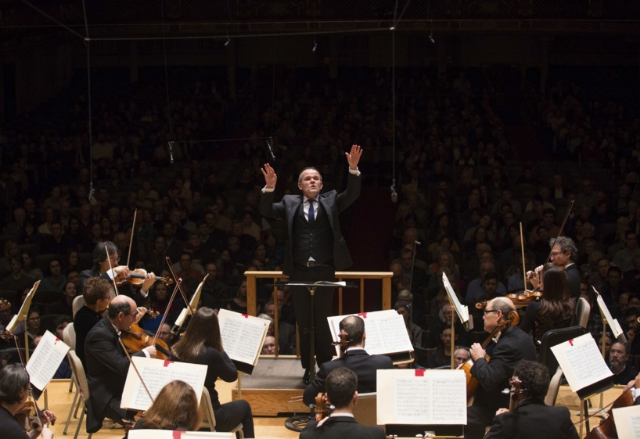 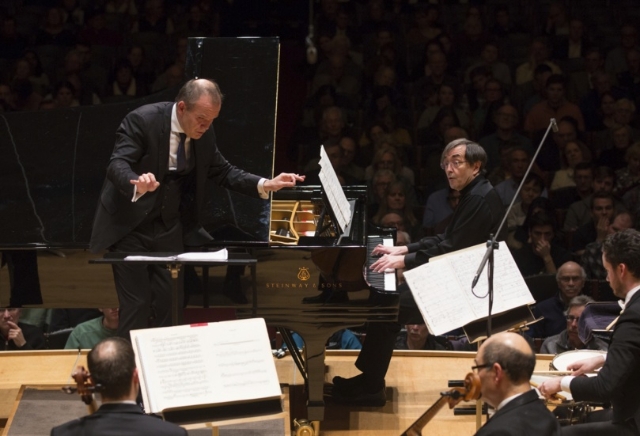 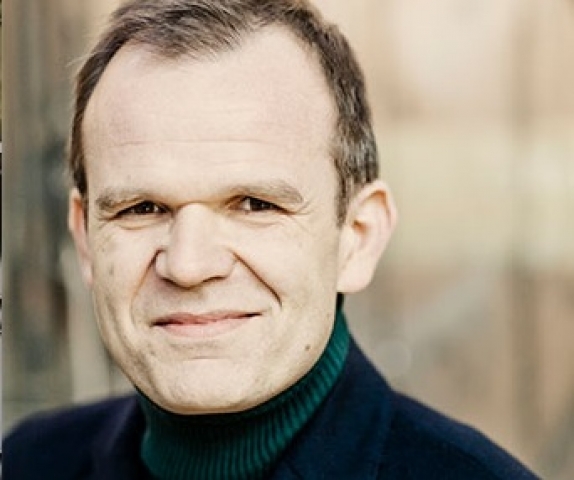 The extraordinary French conductor, now principal guest conduct at the London Symphony Orchestra and founder of his own orchestra, Les Siècles, which performs works from all ages on the instruments of the period, was in Boston this week for a program of music, each work composed within a three year period.

The program started with Webern’s Passacaglia, the work which heralded the arrival of the composer on the European music scene. He had just completed two years of study with Arnold Schoenberg, and this jewel of a composition had a mixed reception. Webern would not be widely recognized until fifteen years after his early and accidental death at the hands of a gunman who was aiming for his son-in-law who operated in the black market in 1945.

Features of Bartok’s first piano concerto and Stravinsky’s full Firebird which would followed were prominent in the Boston Symphony Orchestras’ performance under Roth’s hands. (He operates batonless.)

Perhaps the reason that Roth has not been celebrated as much as he deserves in the US is that he is a modest conductor, working in compact form and not insisting that we focus on his command of the podium. Yet, watching closely, you see small hand gestures and signals at each crucial moment in the music. Only his shimmering patent spats give you a clue to his quality. All three composers may still be difficult for an audience to listen to, but this presentation thoroughly engaged the Boston audience.

Bartok is perhaps the most difficult, because the composer wrote to display the piano as a percussion instrument. Many contemporary composers do this, sometimes even having the artist bend inside the keyboard to pluck strings.  The remarkable artist Pierre-Laurent Aimard stayed seated, rising only slightly from the bench when he wanted to particularly emphasize a note or cluster of notes.

Conversations between the piano and various other orchstral instrumentalists, including drums, flute and clarinet, were arresting. Touches of folk music, from which Bartok appropriated both tunes and rhythms, were often charming. Watching the artist was fun. He seems not to talk to his instrument or the music, but to mouth along with phrases and chords appropriate exclamations, silent to be sure. You could see the eyebrow raise and the shape of the mouth suggest ooohs and ahs.

The artist’s sense of humor was clear in his selection of an encore, György Sándor Ligeti’s play on one note. The note was found all over the 88 keys.  Sometimes it was played together with a companion from another octave. Aimard had the note writhing under a microscope. Finally a gentle note was played alone, accompanied by a broad smile and appreciative laughter throughout the hall.

When Roth stepped to the podium to start the double basses on their almost inaudible suggestion of a phrase that would be repeated through Stravinsky's Firebird, we had come to expect the magic he drew forth from this 21st century incarnation of the orchestra.  The drama of the Russian folktale unfolded as the wings of the firebird fluttered in the violin's strings and the bird calls echoed from the woodwinds.  The orchestra has taken on a new shine, with solo instrumentalists adding to the precision and lyricism of the entire body.

The bassoon captured the evil Kaschei and trumpets sounded the cock's crow. The infernal dance of Kaschei's followers was wild and wilder.  All quieted down to a magisterial rendering of the final Thanksgiving.

Recognizing similarities between each of the works gave particular pleasure as the evening progressed.  This adventuresome program was enthusiastically received in Boston.  Some exciting evening.