Sailing from Boston to Montreal 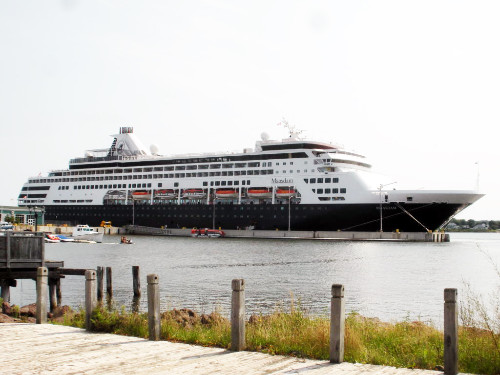 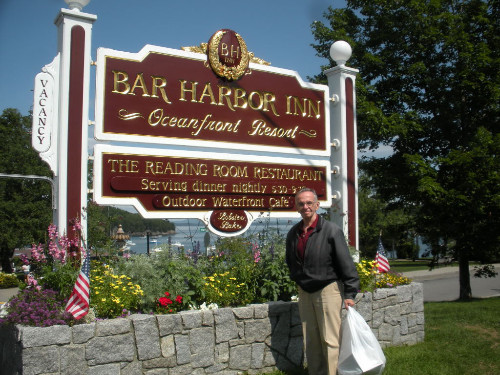 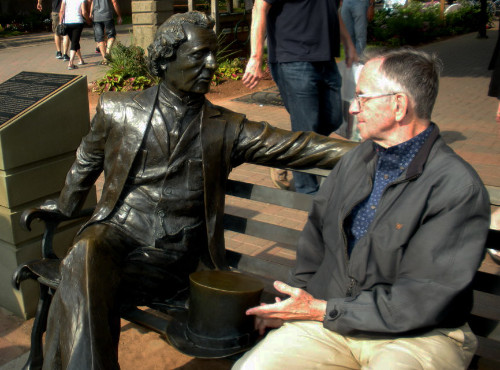 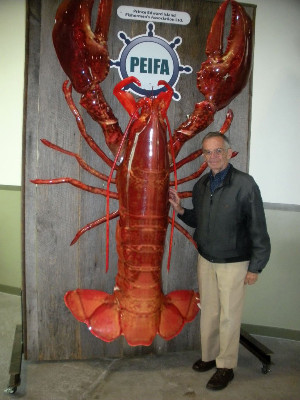 A tough nut to crack. 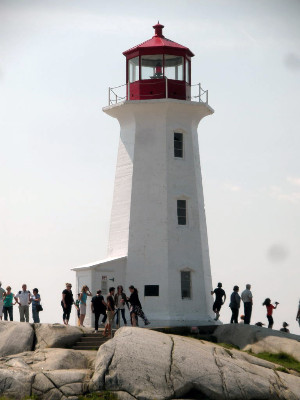 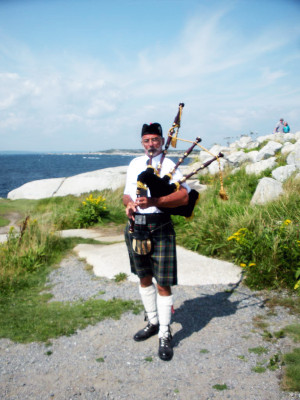 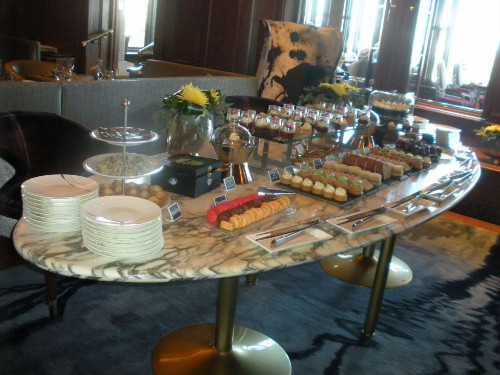 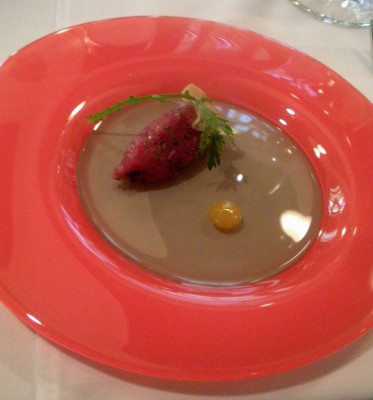 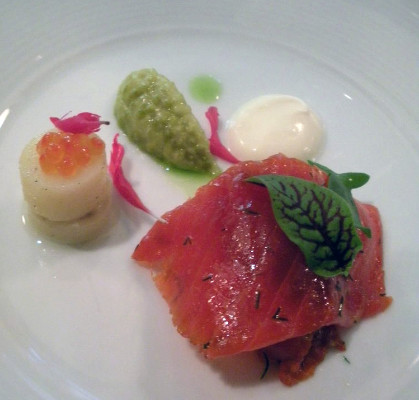 Named for the Maas River in the Netherlands, mss Maasdam is designated to carry fewer guests while providing more space for maximum comfort. Many staterooms featured commanding ocean views and each suite has a private veranda.

As a member of International Food Wine & Travel Association (IFW&TWA) for more than twenty years, this cruise was also part of our annual conference, This year it was themed as a Conference At Sea. There were many activities planned for new traveling experiences at the ports-of-call, educational presentations and Chef Eric Klein's culinary workshops .All this and more while enjoying the pleasures of cruising.

The crew on Holland America were always hospitable. The Indonesian and Filipino crew members always knew how to make the passenger fell special. Our cabin always had a fruit basket and a creative towel sculpture greeted us at bedtime.

There were dining opportunities for every appetite. Our breakfasts were easiest at Lido where a buffet line met our breakfast needs. The BBQ dinner buffet at poolside was one of our favorite dinning experiences since we enjoy eating outside even in our land-life. I usually am in hunger mode at 4 pm daily. Same happened on the cruise. Lucky for me there was a kiosk-style food bar Dive-In with just the right munchies to satisfy my cravings.

The Mariners Society lunch at Rotterdam Dining hall was an opportunity to dine with old-friends from former cruises. The classic setting with many ocean views beckoned us to dine here many times on the cruise as we socialized with our conference friends.

For an extra cost you can dine at the specialty restaurants: Pinnacle offered Pacific Northwestern Steak & Seafood in an intimate setting; and Canaletto offered a taste of Italy featuring small plates for sharing.

Our first port-of-call was Bar Harbor where you could visit Acadia National Park which is a stunning treasure on the coast of Maine. Just casually meandering along downtown Main Street was a treat as there were so many one-of-a-kind shops to explore. My favorite treat is buying an ice cream cone and finding a bench to sit and enjoy.

We returned to the ship just in time for the evening's entertainment starring the Maasdam Entertainment Team. And what an amazing team full of awesome talent. We looked forward to their many entertaining evenings with different themes. High energy and creativity best describes their performances.

Much of a cruise is predictable and then there are those surprises that catch you off-guard. As I was literally running through the gift shop area to get to my next activity, a lovely young lady stopped me and encouraged me to put my name in the bowl for a watch prize that was about to happen. Lo and behold, my name was called and I won the men's watch. I always like to win, but always like the joy of giving away my winnings. This handsome men's watch found a home with my medical student friend who had been wishing for a fine watch like the other medical students were wearing.

Halifax, Nova Scotia was our next port-of-call where we took a tour that brought us to Peggy's Cove Lighthouse and Canada's Museum of Immigration. The museum was very impressive and educational. Canada was shaped by the world, from art to science; food to sport; people came to Canada from around the globe helped define Canada. The courage and determination it takes to immigrate lives on through stories shared between generations.

Peggy's Cove Lighthouse was originally built in 1868 and was replaced by the present one in 1914. The Lighthouse is surrounded by the raging seas of the Atlantic Ocean, and sits on solid granite at the entrance of St. Margaret's Bay.

During WWII, this lighthouse served as a radio station for the Royal Canadian Navy. In 1973, the lighthouse officially became a post office during the months with its own cancellation stamp.

After our tour we came back to ship to get ready for some Celtic music which comes from this region. The dynamic Celtic sister duo Cassie and Maggie McDonald had a unique blend of original and traditional Celtic music for a true taste of local music and culture.

Not only does Cassie's virtuosity shine on the fiddle, but she is also an award-winning highland & step dancer. Maggie's piano performance was enhanced by her sweet but powerful vocals while playing the guitar and step dancing.

Because of inclement weather, we had to skip Sydney port-of-call.

Charlottetown became our next port-of-call. Nice to go off the ship to get our land legs. In the welcoming area was a group advertising a tour of Charlottetown which included a musical production of "Anne & Gilbert." The playbill claimed that this critically acclaimed Canadian themed musical was in its tenth year. "Anne & Gilbert" is a love story but it is also a story about community and pride of place, filled with warmth, loyalty and love of a good time.

We returned to ship just in time for Indonesian Tea Ceremony with costumed Indonesian crew serving special teas with pastries and sandwiches with Indonesian theme. That evening the Indonesian crew took to the stage for a variety show presenting music and dance from their culture.

The last port-of-call was Quebec city where I came to learn about its fascinating 400-year history. Richard Seguin, our fabulous host, gave an extended presentation of Quebec City at Musee de la Civilisation. We had lunch at Initiale - Relais & Chateaux restaurant which was memorable: breast of quail was starter then came halibut filet and we finished with a fancy dish using quail eggs. Our dessert was served at Fairmont Le Chateau Frontenac with Chef Baptiste Peupion. We were presented a special anniversary cake in honor of our 55th anniversary celebration.

The city of Quebec was founded in 1608 and is the cradle of France Civilization in North America. Old Quebec City is on the UNESCO's prestigious list of World Heritage Sites. Nearly 4 million visitors marvel at Quebec City's beauty every year.

Leaving Quebec city was difficult since I have frequented the city many times to enjoy all their festivals and hold dear memories of my adventures hosted by Richard.

Soon we will arrive at Montreal for our plane ride back to Charleston.

What a wonderful cruise thanks to so many kind and generous people!