The Seagull Startling At American Rep

A New Perspective on a Modern Classic 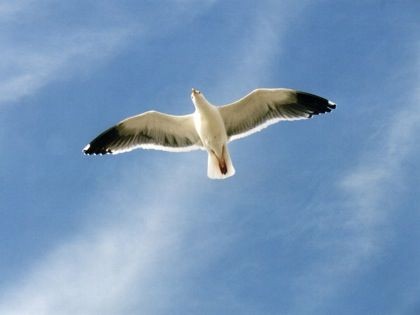 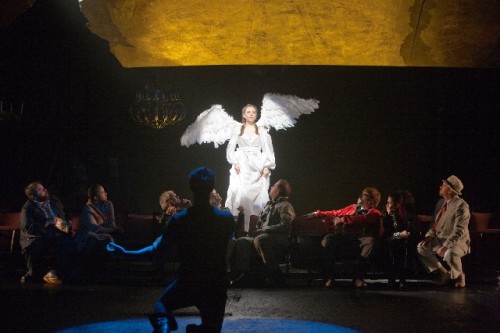 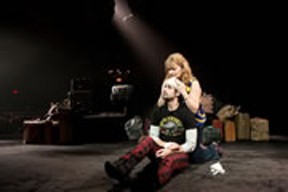 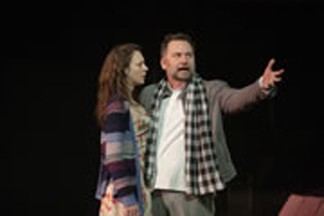 The Seagull
By Anton Chekhov
Directed by Janos Szasz
Translated by Paul Schmidt
Set by Ricardo Hernandez
Costumes by David Zinn
Lighting by Christopher Akerlind
January 10--February 1
At The American Repertory Theatre
Loeb Drama Center
Cambridge, MA
Running time is 2 1/2 hours with one intermission
http://www.amrep.org
This is not your momma's, your papa's or even your Uncle Vanya's The Seagull. Instead, it is a startling and evocative contemporary interpretation of the Chekhov masterpiece. The American Repertory Theatre is presenting a brilliant, edgy and provocative production of The Seagull.
Starting with the traditional ending, the director reconfigures The Seagull as a flashback or dream for the tortured character Konstantin. Konstantin Treplev (Mickey Solis) is a young Symbolist playwright of questionable talent in love with an aspiring actress Nina (Molly Ward) who does not love him. To add salt to his wounds, he is rejected and abused by a famous traditional actress mother, Irina Arkadina (played with particular brilliance by Karen MacDonald).
All of the actors are wonderful. The performances were masterful. Each plays his or her role with elegance and efficiency. Individual characters each have distinctive and very human voices. The play is set in what looks and feels like an abandoned cave-like leaky theatre with supergraphic Russian icons that work as a crumbling ceiling and a room's wall. Supposedly, this environment is an isolated country estate. The actors are dressed in contemporary garb, not the 19th Century white linen of more traditional portrayals of this piece.
The Seagull's characters are infused with the universal contemporary feelings of narcissism, inadequacy, depression, desire for wealth and povertyÂ—a poverty of spirit, of talent, and especially a of love. Chekhov wrote this play about the unmet expectations of love and art. The director makes a Post Modern statement; Chekhov makes a universal one.

Unrequited love and unachieved artistic ambition are two conjoined main themes of The Seagull. There are lesser themes of the questions of healing and neediness, aging and maturing, need and richness. The doctor here, Yevgeny Dorn (played by Thomas Darrah), is not interested in healing but his own comfort.

Neediness is a theme here as well but necessarily in a traditional sense, but in a layered perspective. Aging and frail Uncle Pyotr Sorin (played by Jeremy Geidt) is perhaps the most fully developed of the characters. He is needy on many levels. Though a somewhat accomplished government bureaucrat, he feels that he had a totally inadequate life. He never married or accomplished anything special. He is close and very sympathetic to his very impoverished nephew, Konstantin. His personal neediness is channeled to his physical condition. He is met by only a negative response by Dr. Dorn.

A problematic character is Boris Trigorin (played by Brian Dykstra), the acclaimed writer, lover of Irina and lover of Nina. He is bland, unexciting and rather smug. His art is one of ease, not pain. His art is one that makes him wealthy while not enriching. He is the antithesis of Konstantin. He is Konstantin's nemesis.

Water is used as a major creative device in this version of The Seagull. Water is in puddles on the floor, there is a rain sequence and there is reference to the lake. As a dream symbol. water can be interpreted in many ways. Water can mean deep emotional longing. It can mean stagnation. It can also mean what is below the surface, the unconscious. Water can also mean being out of control. Certainly, Konstantin is out of control. The bird, the seagull is also a symbol, one of ambiguity and mystery.

Veteran A.R.T. Director Janos Szasz has spun a story that is dreamlike and utterly nightmarish at times. However, dreams need interpretation. The first act, with a bit of theatrical and cinematic schtick in it, seems somewhat unclear in rhythm, storyline and even character identification. It is theatrically challenging. However, the second act makes everything much clearer. The play ultimately works well.

Interestingly, Anton Chekhov had renounced the theatre after the disasterous reception that The Seagull suffered when it premiered in 1896. However, the great Constantin Stanislavski revived the play at The Moscow Art Theatre in 1898 to great critical and popular acclaim. This was the first of Chekhov's major works. Later, Stanislavski directed and produced Uncle Vanya and premiered Three Sisters and The Cherry Orchard.
Even though it was written in 1896, The Seagull is a wonderful, very modern drama. In this ART version, with its unconventional contemporary even Post Modern approach, traditionalists may not be enthralled by the interpretation. But to those who are open to a new perspective on a modern classic, this version of The Seagull is provocative, evocative and fascinating.
Back to Theatre Section Home