2015 Francesca Primus Prize for By the Water. 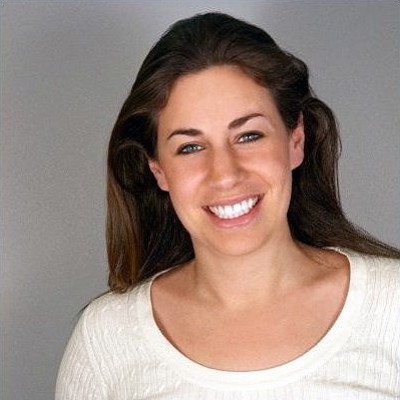 The American Theatre Critics Association (ATCA) announces that playwright Sharyn Rothstein has been awarded the 2015 Francesca Primus Prize for her play By the Water. Rothstein will receive the $10,000 award check immediately and be officially congratulated at an upcoming ATCA conference. Jointly sponsored by ATCA and the Francesca Ronnie Primus Foundation, the Primus Prize is given annually to an emerging woman playwright.

By the Water is set in Staten Island, New York, in 2012 in the aftermath of Hurricane Sandy. Marty and Mary Murphy return to the shattered remains of their home to face a crucial question: Should they join most of the members of their working-class community in taking a government buyout and moving to higher ground or struggle to rebuild the house that has been the center of their family life for decades? Sal and Brian, their very different sons, who have their own issues, return home to help them decide, but Marty’s dogged determination to stay at any cost rekindles buried family conflicts and antagonizes his relationship with best friends and neighbors Philip and Andrea Carter as Mary tries to play the peacemaker.

Rothstein tunes in so naturally to the rhythms of family life that it feels as if the audience is eavesdropping on real conversations, and critics compared By the Water to Arthur Miller’s quintessential American dramas. Rothstein says the idea for the play sprang from one indelible image. She drove out to Staten Island after the storm to survey the areas earmarked for a buyout: “Leaving behind a community, a lifetime of memories, seemed like an enormous leap of faith and an incredibly difficult decision, but the destruction was gut wrenching. Yet, in front of one neat, clearly beloved house, a man who looked to be in his sixties was tending his lawn. With his whole neighborhood in ruins, with a majority of his neighbors already gone or figuring out how to leave, here was a man clearly standing firm. The image of him standing there amid so much loss was the genesis of my play.”

By the Water was commissioned as part of the Ars Nova/Manhattan Theatre Club Writer’s Room, a two-year development program that encourages playwrights to take risks with their work. The play received readings and a full workshop prior to its premiere production at Manhattan Theatre Club’s Stage II in November 2014, where Time Out New York called the play “a force of nature.” The play has also been published by Dramatists Play Service.

Rothstein is one of the inaugural writers selected for the Ars Nova Writer’s Room as well as an alumnus of the Ensemble Studio Theatre’s Youngblood collective and Primary Stages’ Dorothy Strelsin New American Writers Group. She has also received an Ensemble Studio Theatre/Alfred P. Sloan Foundation commission for a full-length play. Smith and Kraus published her short play, The Invested, in New Playwrights: The Best Plays of 2013. Her eclectic background includes a BA in sociology from Vassar, an MFA in dramatic writing from NYU, and a master’s degree in public health from Hunter College. In addition to playwriting, Rothstein writes for the television legal drama Suits, now in its fifth season on USA Network. Other plays include March, Camp Monster, Neglect, and For Abigail Who Drowns Men, and Emily Mann will direct Rothstein’s latest play, All the Days, which received the Edgerton Foundation New American Play Award, at the McCarter Theatre Center this spring.

“The Francesca Ronnie Primus Foundation was established to recognize and support emerging women artists who are making a difference in the theater community in which they work,” observed Barry Primus, the foundation administrator. Founded in 1997 in memory of actress and critic Francesca Primus, the Primus Prize was originally administered by the Denver Center Theatre Company. ATCA began overseeing the award in 2004.

ATCA is the nationwide organization of theater critics and an affiliate of the International Association of Theatre Critics. In addition to the Primus Prize, it administers two other playwriting awards: the Harold and Mimi Steinberg/ATCA New Play Award and the M. Elizabeth Osborn Award. ATCA members also recommend a regional theater for the annual Tony Award and vote on induction into the Theatre Hall of Fame.