A Night To Be Remembered 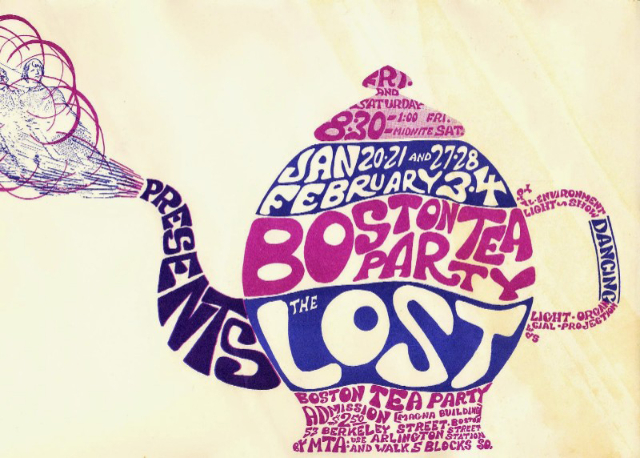 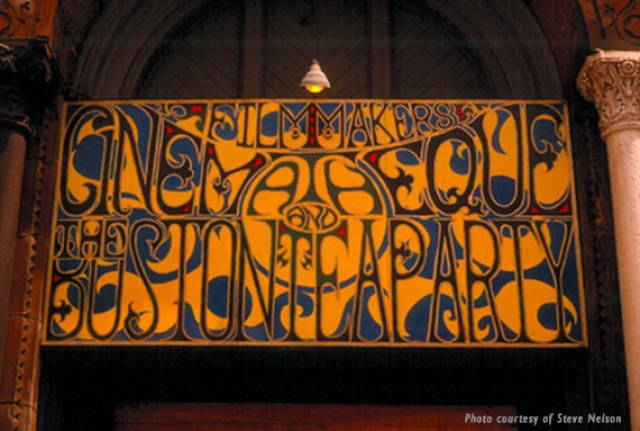 Sign over the entrance to the Tea Party (Photo: Steve Nelson) 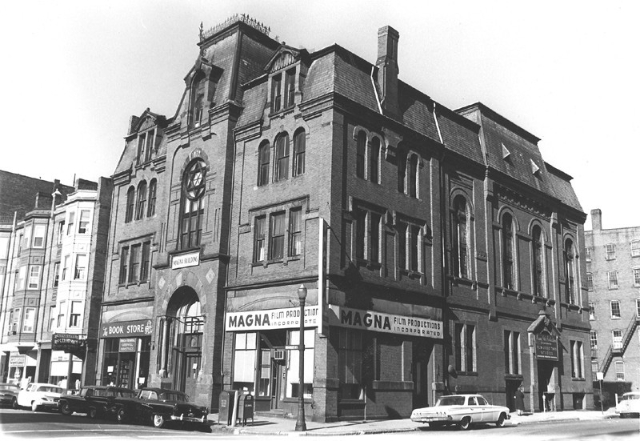 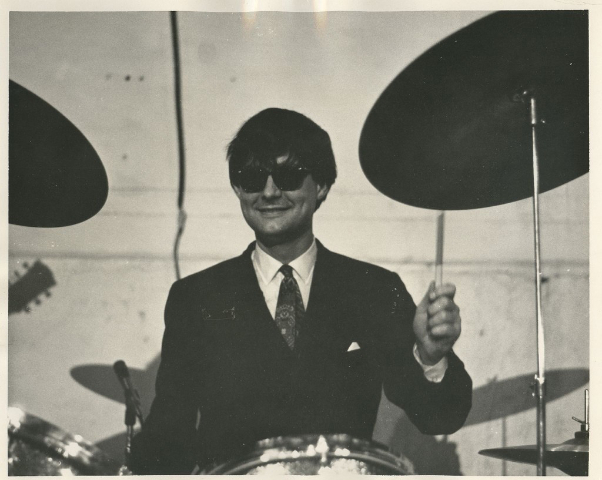 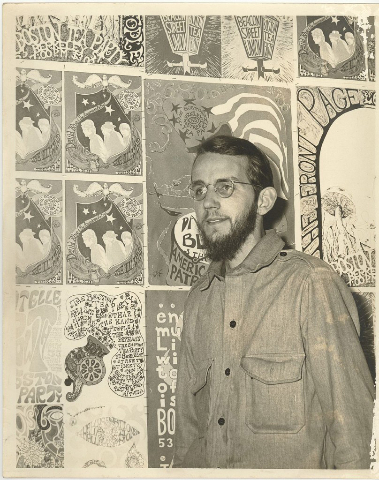 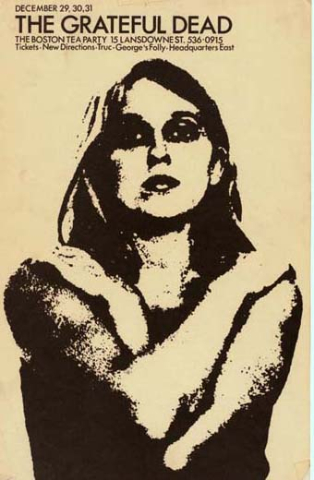 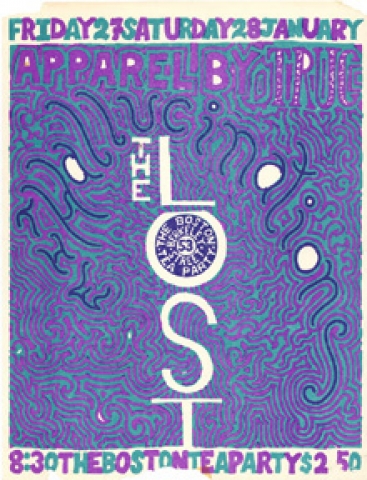 Handbill for second weekend, The Lost plus Peter Wolf's first band The Hallucinations 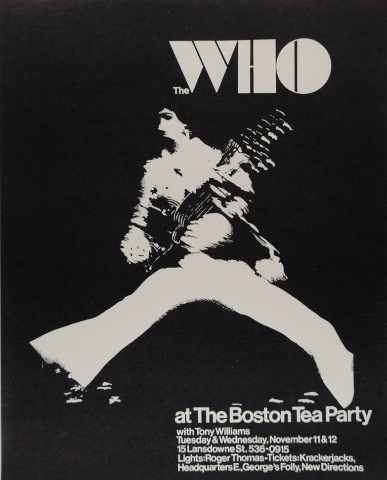 Tea Party poster for The Who, November 1969 (designed by Eric Engstrom)

Hey babe, put on your bellbottoms and beads, get a buzz from your bong, and let’s bop down to Berkeley Street to The Boston Tea Party.

That’s the way it was 50 years ago, on Friday, January 20, 1967, when the psychedelic rock palace and dance hall opened its doors with a show by Boston garage rockers The Lost.

Fast forward to January 20, 2017 and its Inauguration Day for Donald Trump.  But all is not lost.

Turn off the TV news and join The Music Museum Of New England for a 50th anniversary celebration of the Tea Party, on Friday, January 20th at The Verb Hotel and Hojoko Japanese Tavern, 1271 Boylston Street (opposite Fenway Park).

Whether you ever went to the Tea Party or wish you had, everybody get together to remember good music and good times.  We’ll share our tales from the Tea Party, about that unforgettable night when.…  And you’ll dig the amazing collection of rock memorabilia at The Verb, courtesy of Boston collector extraordinaire David Bieber.

For more about the Tea Party and music in Boston back then, here’s some history from the archives of Berkshire Fine Arts:

And watch for the upcoming PBS documentary in 2018, “The American Revolution,” about how WBCN-FM, the Tea Party, politics and protests changed everything in Boston, and beyond.  Go to www.theamericanrevolution.fm/, where you can listen to music from bands who played the Tea Party.

Visit The Music Museum Of New England at www.mmone.org