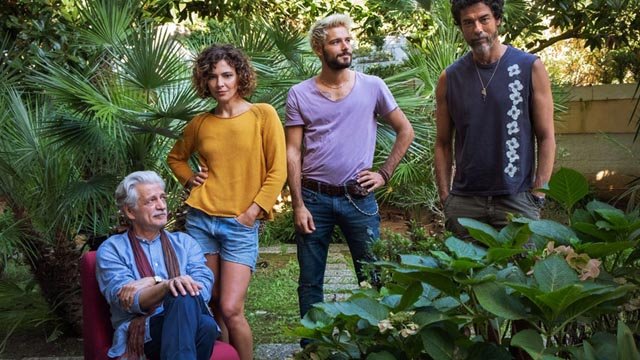 The Palm Springs International Film Festival (PSIFF), the third-largest film festival in America, began in 1989 as the dream of then Hollywood celebrity turned politician and former Mayor Sonny Bono, who had a dream of making his city a focal point for the motion picture industry by launching an annual film festival.

The focus in the early days was to kick off the festival with an opening night foreign film.  PSIFF came to be known as the preeminent foreign film festival in North America.  With its huge success emphasis over the last ten years has switched to focusing on films being produced from countries all over the globe.

Recently English speaking films have been the opening night favorites.  But the 2020 festival programming committee honored its roots by selecting a foreign language picture to open the festival with the screening of the Italian film “An Almost Ordinary Summer”, starring no one I have ever seen or heard of before.  I thought I felt a cool, omen-like chill, pass through my body when I read of their decision.  Setting a tone for future festivals depends on opening night buzz, acceptance, enjoyment and the priceless power of word of mouth praise.

Italian cinema reigned supreme during the ‘60s with Federico Fellini’s paean to the hedonistic excess’ of Rome’s Via Veneto crowd with his biting satire “La Dolce Vita”; birthing a new, vibrant and exciting Italian film industry that arrived on American shores with a bang.

A lot has changed to world cinema over the years.   I have always been a fan of Italian films.  Who could resist the beauty of Sophia Loren, and the gorgeous Gina Lollobrigida? Or the insouciance and the smooth roguish charms of comedy genius Marcello Mastroianni?  Certainly not me.

But when it comes to satire, farce, or over-the-top-comedy situations in lesser hands, I found that the slender thread of believability in the opening night film selection and what is funny to the average Italian or Italian families; just snapped for me.

I just couldn’t get engaged in this silly story about a seaside summer vacation where two middle-aged grandfathers – the rich, cosmopolitan Tony and the hunky, blue-collar Carlo – announce to their big, shocked, families their plan to marry, which then erupts into class and sexual warfare from everyone.  Frankly, the premise had promise and sounded kind of intriguing.  Alas, it got lost in translation between Italian culture and American expectations of what’s hilarious for this audience of one. And I suspect I’m not the Lone Ranger in this overall impression.

Speaking about getting lost in translation.  The actors are speaking and yelling so rapidly that the subtitles can’t keep up with the on-screen action and dialogue, not that they weren’t trying their best to communicate.  Inane and insipid American TV sit-coms also suffer from younger actors all speaking and or screaming at Warp-speed 5.  We seem to be accepting chaos in our entertainment choices as well as in our politics.  Whatever happened to the old adage of less is sometimes better?  Subtlety lost, is a runaway train; especially when one is struggling between English subtitles and passionate and excitable on-screen Italian actors.

“An Almost Ordinary Summer”, is technically very proficient, however, the comedy farce directed by Simone Godano, falls short due to story and plausibility issues that get in the way of fully embracing the characters and their situations, at least, as viewed through my lenses.   It would appear these days that world cinema has finally succumbed to f-bomb laden dialogue and risqué plots that were once relegated to “art houses”; a label of which some readers of a certain age may not be familiar.  I support change and inclusion in all aspects of the arts.  I just hope it’s tastefully applied as we change as a society.

The PSIFF will continue to screen the more than 180 films from 81 countries throughout the Festival which ends on Sunday, January 12th. That’s enough films to please even the fussiest of film fanatics. And no passports are required in order to enjoy cultures different from our own.