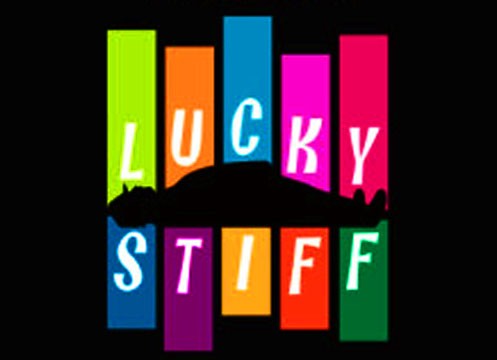 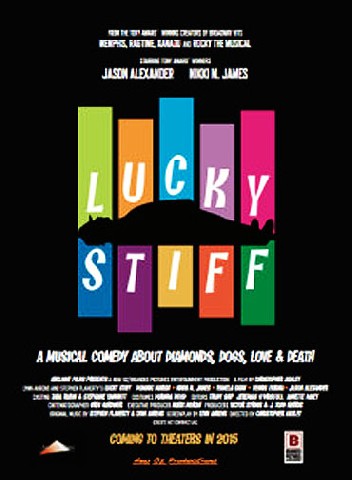 The newly adapted movie version revolves, in short, around a young down-and-out, mousey British shoe salesman Harry Witherspoon (a winning performance by Dominic Marsh) who takes his dead American Uncle (a sedated (?) live actor who mustn’t make a false move played by Don Amendola) – a murdered Vegas casino manager to Monte Carlo – for the best time of his life, even though he’s dead. Shades of “Weekend at Bernie’s”.

If Harry fulfills his uncle’s request to the letter of a week of fun, dancing, gambling and sun – naturally, with lithe, bikini-clad young lovelies – Harry will inherit $ 6 million left to him. If he doesn’t, the money will go to the Universal Dog Home of Brooklyn. Need I say more about the plot/synopsis? The fun is how they go about fulfilling all of the requirements and plot twists necessary to pull the job off, so to speak.

That delicious task falls to the creative mind of director Chris Ashley who is blessed with a wonderful cast of solid professional farceurs led by Jason Alexander as Dr. Vinnie Di Ruzzio; Pamela Shaw as Rita LaPorta Vinnie’s sister and lover to Harry’s Uncle; Nikki St. James as Annabel Glick, the love interest of Harry/Marsh; Juliet Mills as Miss Thorsby; and the late Dennis Farina, both of whom turn in little cameo gems.

I had the opportunity to chat briefly with both Ashley and Shaw concerning the making of the film during interviews at the PS Film Festival. Excerpts are from two separate interviews, one from Pam Shaw who explains how shy Dennis Farina was during the filming of their scenes. “He was such a warm sweet guy. Not the hard-boiled characters he played in dozens of TV and movie roles. “True, she continues, “he was a real-life Chicago Police Lieutenant before becoming a professional actor. But he was a well-liked colleague who will be sorely missed. I loved our scenes together.” In a moment of candor, her voice dropping a little lower, she says, “I have the privilege of sharing the last screen kiss with a wonderful actor, Dennis Farina.” Farina passed away not long after the film wrapped.

In Ashley’s brief interview, he explains how he was drawn to the project. As the artistic director of the La Jolla Playhouse near San Diego, Ashley has commissioned work from Ahrens and Flaherty in the past, and knew that Lynn was adapting their stage book-musical of the same name; preparing to craft the vehicle into a musical screenplay. “It was sent me and I’ve always loved the musicals of the 1960’s. I knew it would be a fun experience; light comedy/farce, with gorgeous costumes and a farcical plot by writers I know and respect, and I said Yes, Let’s do it”.

One doesn’t have to don a thinking cap in order to understand the improbable plotline of “Lucky Stiff” in order enjoy the music and lyrics cleverly interwoven as dialogue in the telling of the story. Just go with the flow and the high energy performances of the actors. “Lucky Stiff” will find itself in general release later this summer.