Pain and Joy at Carnegie Hall 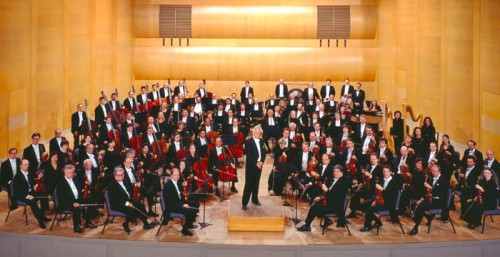 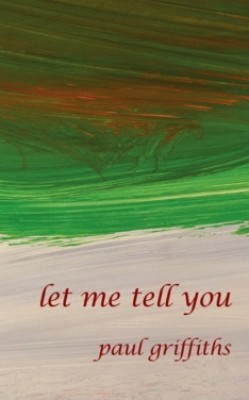 "let me tell you" started as a novel. 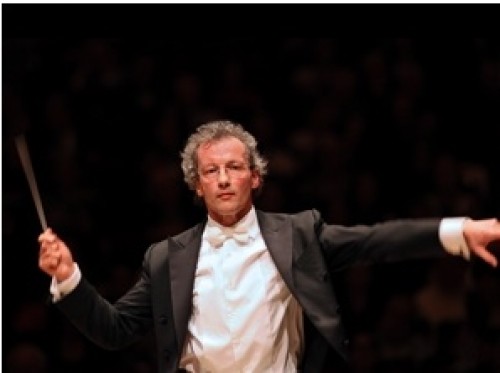 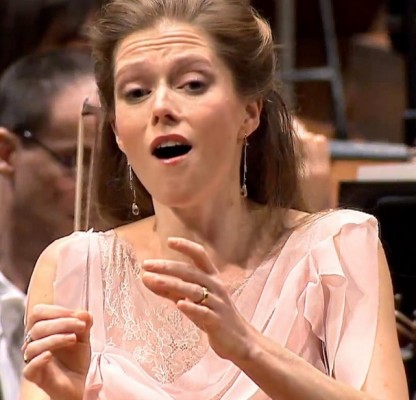 Hannigan reports: Someitmes she is Opehlia and sometimes she is Barbara. We note that she is extraordinary always. She even conducts! 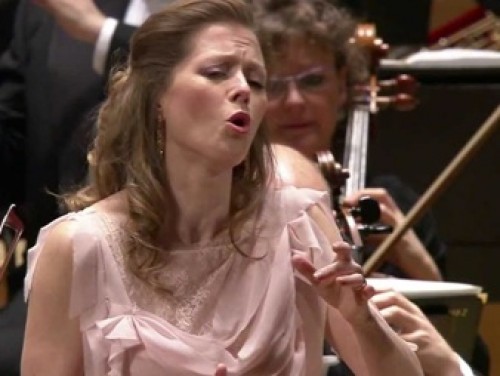 Barbara Hannigan is an urgent advocate for music.

Ophelia and Stalin’s Russia are portraits linked in a program of the Cleveland Orchestra performing at Carnegie Hall. The delicate, truth-telling character in Hamlet is paired with a huge orchestral picture of Russia during tough times. Yet the pieces are related.

Danish composer Hans Abrahamsen joined with British writer Paul Griffiths and the Canadian soprano Barbara Hannigan to craft a work based on Griffiths’s novel, let me tell you. Griffiths had taken the less than 500 words Ophelia speaks in Hamlet and woven them into emotional poems, describing Ophelia’s descent to madness.

Hannigan wears her Ophelia dress, which she also wore when Andris Nelsons conducted let me tell you with the Berlin Philharmonic.  It is a muted mauve, dripping over one shoulder like leaves of a tree and over the other as rent cloth.  Draped in gathered tiers to the waist, it slithers to the ground, housing an exceptionally beautiful voice as it moves with the artist and her crafting hands.

She is the go-to voice for contemporary composers. She also sings Mozart. She can probably sing anything, but she is as daring and bold as Ophelia isn’t. Yet she understands this truth-telling woman who offends the Prince with her words and has no place in the kingdom after he tells her to get thee to a nunnery.

let me tell you is divided into three parts comprised of seven sections. Hannigan forms her words in sounds, some very lovely vowels held and then cascading down. Her pain is reflected in brief shrieks; her drowning in the gurgles of her voice and the orchestra’s. The effect is moving, perhaps more moving than Ophelia’s death in the play, where, unlike Desdemona, she has not taken responsibility for her own feelings. After all, when her father asked her to return Hamlet’s presents, she did. That is what led the Prince to castigate and cast her off.

If you put Ophelia’s words on magnetic tiles and organized them on your refrigerator door, they would fall like a poem. Hannigan’s takes these musicalized nuggets and shapes them, always with a tone in mind and a feeling.  Sometimes the orchestra joins her on a note.  Sometimes the bells and woodwinds surround her.  Always there is a delicacy to the orchestration.

Shostakovich also created nuggets in his Fourth Symphony.  Now we have more than 100 members of the Cleveland Orchestra packing the stage in the Stern Auditorium. The entire percussion and timpani roster is deployed and makes their presence abundantly clear throughout the piece.  So too the piccolos, tweeting at the top.

What strikes one after listening to the Abrahamsen is the nuggets that make up this symphony. Set in the crashing, exuberant tones of Russia, often now discordant, are these delicate sounds.  Played quietly, we lean in to listen, not to phrases but rather decorations of a note, an expression of fragile individuality in the massive sounds that surround them.

Welser-Möst ends the piece in a very long silence, letting the impact of the compeer’s pain sink in, as he also did with the Abrahamsen piece. Shostakovich may not have been at Carnegie to hug as the composer and librettist were after let me tell you, but his spirit was fully embraced in the remarkable performance by a premier orchestra.  Welser-Möst gave us one big hug of music, painful as it sometimes can be to listen to an anguished person or people.

Note:  The Boston Symphony Orchestra will perform the Abrahamsen let me tell you on February 6 at 8 pm.   Barbara Hannigan will sing.