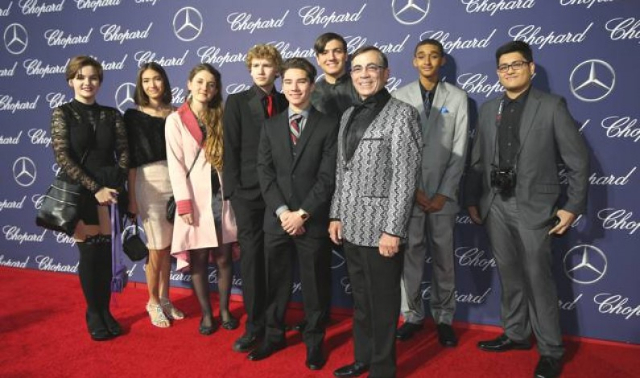 From small acorns large Oak trees grow and grow.  In 1989, then celebrity Mayor Sonny Bono, decided that what his desert paradise city needed was a little more glitz, klieg-lights, and glamor. So he and a group of his show business pals put together a business plan, recruited a sponsor like Nortel to help pay the bills and the first Palm Springs International Film Festival (PSIFF) was born.

Twenty Eight years later PSIFF has not only grown in prestige, star-studded celebrity attendees and award-winning films from around the world, it’s become the third largest film festival in North America, and it all takes place right here in our own backyard.

This year’s festival launched on Monday, January 2, with a spectacular Awards Gala celebration and dinner for some 2400 guests and celebrity attendees at the Palm Springs Convention Center.  Harold Matzner, Chairman of the Festival Board, stated that “there are more than a dozen major stars – including Casey Affleck, Tom Hanks, Nicole Kidman, Ruth Negga, Natalie Portman , Annette Bening, Mahershala Ali, and Amy Adams, plus Taraji P. Henson, Octavia Spencer, Janelle Monae, and Kevin Costner from the cast of “Hidden Figures”, and Emma Stone and Ryan Gosling from “la la land” – who will be among the Academy Award nomination contenders attending our Film Awards Gala.”

This year’s festival also introduces its new Festival Artistic Director Michael Lerman to Palm Springs filmgoers.  Lerman and his staff of programmers have culled and curated a festival that boasts over 190 films, from 72 countries, including 58 premieres (9 world, 5 International, 20 North American and 24 from the USA) over the two week festival run. Lerman promises there is something interesting, no matter one’s tastes, for everyone who attends.  And the Festival never disappoints in that regard.

The closing night film was Sony Pictures Classic film “The Comedian”, directed by Taylor Hackford and stars Robert DeNinro, in the title role of Jackie Blake, a bitter, angry insult comic who was once the popular star of a TV sitcom, and is now trying to claw his way back on the stand-up circuit, one scabrous joke at a time.  The film’s supporting cast features Leslie Mann, Danny Devito, Cloris Leachman, Harvey Keitel, Patti LuPone, and Edie Falco.

With casts of such high-powered actors to book-end the two week festival, tickets and passes are going to be at a premium and snapped up quickly for the 190 plus films. This festival is one of country’s top movie festivals featuring top tier actors, writers, directors and technical geniuses.  You won’t want to miss out on seeing and possibly rubbing elbows with your favorite actors at the various screenings.  Past festivals have produced more than 135,000 film junkies, filmmakers, along with sophisticated and dedicated audiences who frequent the area’s restaurants and watering holes. It’s exciting, it’s informative, and it’s entertaining.