Black Inscription at the Prototype Festival 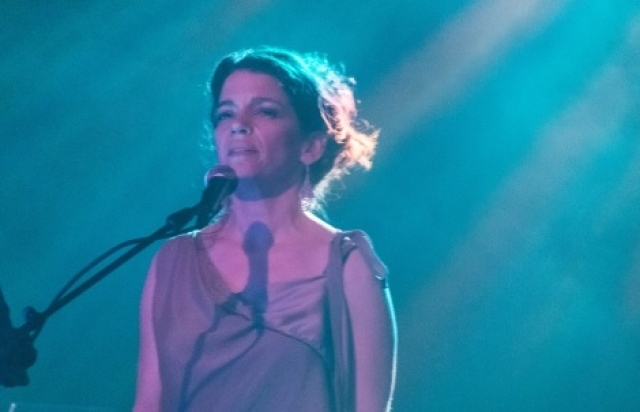 Carla Kielstedt immersed in the sea 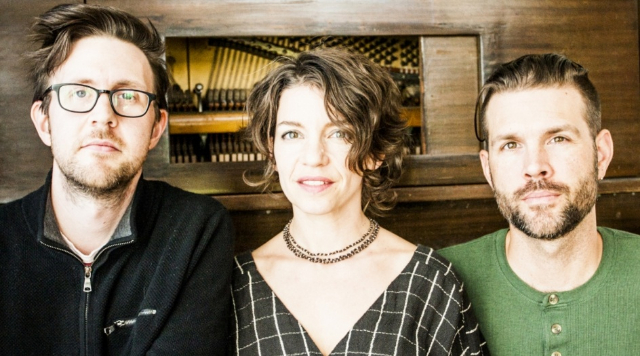 Black Inscription is performed in a below sea level theater, so we really can't watch the surface, as we are instructed to do by the narrator, a preeminent freediver. Natalia Molchanova will never return from this journey.

The creators, who spent time reading the journals of Molchanova and speaking with her children, adapted their version of their mother's death: that she was where she had wanted to be, in the sea.  The music, the water teaming with life, ever moving in projections, and the singers all produce the inscription, written in and on water.  It is black because the depths look black from the surface and also because this is story about death.

The music to which fifteen songs are set is sometimes beautiful.  Yet the cruelty of the ocean and its power are also evident.  This is not a simple view of waves, monotonously breaking on the shore. Phosphoresence sometimes sparkles like the clear, walnut-sized jellyfish which appear in the sea near the creators' home on Cape Cod.

Prototype has a slot open for music that neither fits into the category of classical music, nor is it opera. Black Inscription is more tone poem than song cycle.  A story is told.  We are embedded in music and projections that open up seamlessly.

At first we see through Natalia's eyes the coral reefs and man's plastic detritus dumped by humans in the ocean. As the songs progress, Natalia becomes part of the water world. She is the inscription reflected in the music.

Carla Kihlstedt crafts her words to sit beautifully in the voice.  Kristin Slipp, a powerful and moving vocalist who also plays the keyboard, is outstanding.  All the instrumentalists sing at one time or another, to form a chorus. Jeremy Flowers is credited as a creator. He performs on the keyboard, but also composes electronic music. The deep resonances often wafting through the theater are his. Integration of electric bass guitar and the electronic music gives a huge sound to the hugeness of the oceans that cover most of our earth.

The sound designer for Christian Marclay, Quentin Chiapetta, is also part of the team.  This scene is far more complex than two Calder balls, but Chiapetta seems to part the waters to let light and music through.

It is the beat of the drums, a carefully constructed rhythm which crops up often and gives the music it overall arc, which dominates without forcing its message. Matthais Bossi, a master of all seasons including video games, is responsible.  To watch him is to share in his ecstasy, and also his controlled beats.

Black Inscription delivers its message about ninety percent of the world around us in compelling music and song.  The videos make us ache for this gargantuan, imperiled region.  The artists have created the strongest message possible.  They do not preach.  Instead they move us.