Season from May 27 Through September 4 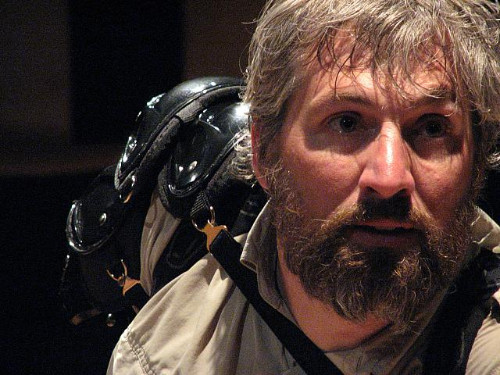 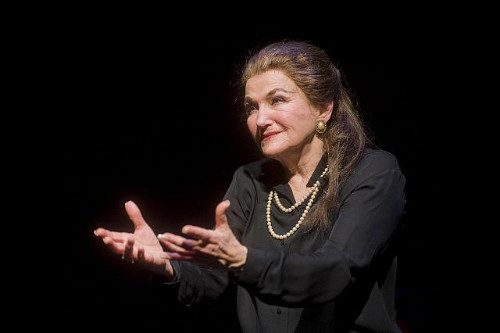 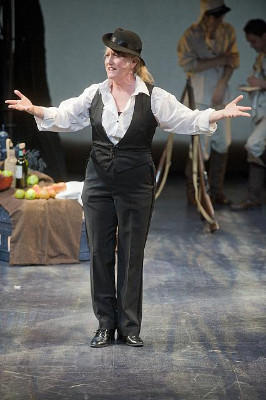 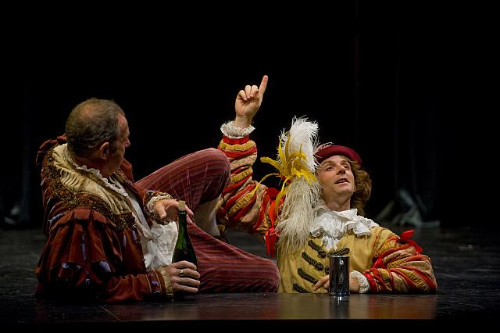 Shakespeare & Company has announced its lineup for the 2016 summer season, which includes three Shakespeare plays: The Merchant of Venice, The Two Gentlemen of Verona and Twelfth Night, plus the Regional Premieres of Or, by Liz Duffy Adams and Lauren Gunderson’s The Taming. Additional titles include Ugly Lies the Bone by Lindsey Ferrentino, a bracing drama fresh from an acclaimed Off-Broadway production, Sotto Voce by Pulitzer Prize-winner Nilo Cruz, and the return of Stephan Wolfert in Cry "Havoc!"

“We’re very excited about the 2016 season and the talent we have assembled,” said Co-Artistic Director Ariel Bock.  “The upcoming season highlights our traditional focus on Shakespeare with two main stage productions, and demonstrates our continuing commitment to presenting contemporary works by a diverse group of playwrights – which in this case includes three women and a Cuban-American writer.”

“The actor-to-audience relationship will be 360 degrees, which presents an exciting new dynamic for both actor and audience,” said Croy. “It will be so much more intimate—and this intimacy of the relationship with the audience supports dynamic personal interactions and our fascination with language.”

In addition to the main stage productions this summer, the Company will present Emperor of the Moon under the tent at the Rose Footprint and a 90-minute production of Twelfth Night in the Dell at The Mount, Edith Wharton’s Home. The free and popular Fourth of July Community Event featuring the reading of the Declaration of Independence returns to the schedule.

Shakespeare & Company will also participate in Shakespeare 400, a 2016 worldwide celebration marking the 400th anniversary of Shakespeare’s death. This series kicks off on the Bard's birthday, April 23, with the Northeast Regional Tour’s Bare-bard presentation of Macbeth in the Tina Packer Playhouse. The Celebration continues on August 23, with an entire day devoted to the sweeping romance, political infighting, and groundling humor of Shakespeare's Henry VI plays.

Programming will continue into the fall and winter and includes a remount of the Company’s popular holiday show, It’s a Wonderful Life: A Live Radio Play directed by Jenna Ware, as well as monthly events from January through April, 2017. Additional details about late-season and winter 2017 programming will be made available at a later date.

The bawdy 1660s look a lot like modern day in this playful comedy about one chaotic night in the life of the poet, spy, and first female playwright, Aphra Behn. Determined to leave the spy trade behind and launch her new career, Ms. Behn must deliver a play by morning, a task complicated by an array of amorous distractions and scandalous revelations. Can she resist the charms of an infatuated actress, save the king, win a pardon, and write her masterpiece, all in one night?

Boy meets girl. Boy loves girl. Boy’s best friend meets girl and also loves girl. Hilarity ensues as love is professed, secret plans are made, and friendships are betrayed. This early romantic comedy takes a gleeful look at the fickle nature of young love and features one of Shakespeare’s most engaging comic heroines, two of his funniest clowns, and the best role ever for a dog.

In a hilarious red state versus blue state comedy, two political opposites spar in a strange hotel room under the watchful eye of a controlling beauty queen. This boisterous, all-female "power-play," loosely inspired by Shakespeare’s The Taming of the Shrew, takes on America’s overheated political rhetoric, some surprising truths about our founding fathers, and the passions of three slightly insane women who just might be revolutionary geniuses.

Newly discharged and bearing deep physical and emotional scars from three tours in Afghanistan, Jess builds a virtual escape from her pain through an innovative new video game therapy. Her new perception of reality allows her to begin to restore her relationships, her life and, slowly, herself. Winner of the 2014 Joanne Woodward/Paul Newman Drama Award, this bracing drama explores recovery, redemption and what it takes to survive.

In an inspiring 75 minutes, Stephan Wolfert recounts his own experience pre- and post-military service. Through the lines of Shakespeare’s most famous speeches and through his personal experiences, Wolfert explores our societal neurosis of war. The military recruits citizens and trains them to kill, but what does the “de-cruit” process look like? How do we re-learn to live together? The performance is followed by an engaging discussion between actor, audience, and veterans that dares to explore these questions.

This haunting work by the Pulitzer Prize-winning writer of Anna in the Tropics explores the indelible power of memories and the resiliency of true love. A passionate, Jewish-Cuban young man seeks out a famous, reclusive novelist who, decades earlier, had lost her love aboard an ill-fated ship of Jewish refugees during World War II. Acclaimed and award-winning actor Annette Miller vividly portrays this remarkable character.

Outdoors, fresh, and fast-paced, Shakespeare’s most rebellious and beloved comedy catapults audiences into a world of illusion, debauchery and mayhem. Amidst the Mount’s forest and foliage, audiences are transported to the mythical land of Illyria—alongside the recently shipwrecked, lusty Viola. The 90-minute frolic unravels a madcap mix-up of characters and offers a reunion of epic proportions.

When love strikes, chaos ensues and a coup of astronomic proportions is set. Sisters, suitors, servants, and a father obsessed with the moon set the stage for a stellar farce performed under the open-air tent. Ware's fast-paced, family-friendly adaptation of Aphra Behn’s Restoration comedy, based in Commedia dell'Arte, will offer audiences of every age a hearty dose of mayhem, music, and merriment.

Multi-show pass packages for the 2016 performance season go on sale February 16; single tickets go on sale February 23.  Shakespeare & Company will once again offer a 40% discount to full-time, year-round Berkshire County residents. Both the Tina Packer Playhouse and the Elayne P. Bernstein Theatre are wheelchair accessible and hearing-aid assisted. For more information on our summer performance season, Shakespeare 400 Events or our year round programming, call the Box Office at (413) 637-3353 or visit www.shakespeare.org.