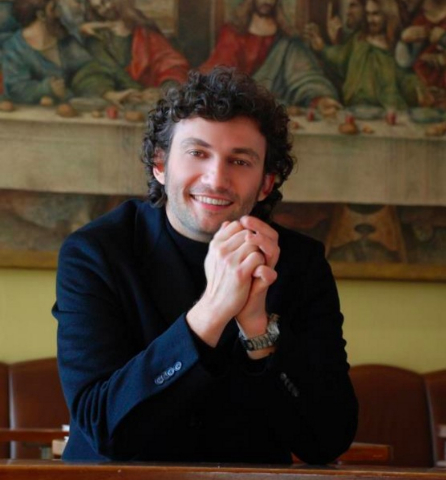 Jonas Kaufman, one of the most popular tenors in the world, kept his appointment at Carnegie Hall. He had early on defected from the new Tosca production at the Metropolitan Opera and has become known recently as much for cancellations as appearances.

He is no longer the slim matinee idol over whom women swooned. He has bulked up and his physical appearance has become more solid even as his voice is often in retreat. Yet my neighbor was swooning over the pianissmos, which appeared regularly.

Kaufman used to sit on the lip of the Metropolitan Opera stage at the beginning of Act III of Tosca, singing in almost inaudible tones and driving the audience crazy with their beauty.

For this Schubert, he was often in pianissmo. Rather than serving the expression, however, one sensed that not much voice was available. It took him half the song cycle to warm up. Yet his pianissimos in “Trockne Blumen,” were perfect and invoked spring with a delicate touch.

His rather strict tempos and lack of use of rubato to shift the pace to match the meaning of phrases leaves the meaning always in the voice. This Schubert cycle calls for play with tempo.

When Kaufman is singing from the head and brow, the tones are beautiful. If he is a lyric spinto, the spinto was missing. In Fritz Wunderlick’s 1957 take of this song cycle, there is one voice. Sad moments, pain and angst are in the voice and do not need down-sizing. They are enormously effective and show the music and meaning movingly.

To his credit, Kaufman does not over dramatize. His hands and arms move only slightly.  Warmed up, he can still be heart-stopping.

“Die liebe Farbe” and “Die böse Farbe,” contrasting accounts of the color green, Kaufman beautifully evoked difference between the picture of longing in minor and the boisterous eruption of jealousy.

The question has always been, what is Kaufman's range?   He certainly sounded like a baritone at Carnegie. Midway through the cycle, he was more comfortable in the upper register, but we could not determine if the whole work had been transposed down. In the last third of the cycle Kaufman’s voice warmed. Yet it feels baritonal.

The infinite melancholy of the final song, “Des Baches Wiegenlied”, as the boy stares into his own grave and time stands still, was delivered perfectly. Superb pianist Helmut Deutsch played a sympathetic accompaniment.  It is a European concert hall tradition to stay with the composer in encores.  The wild audience reception was rewarded by four beautifully sung Schubert pieces.