Drinking Wine From A Pringles Canister

Does It Add To Complexity 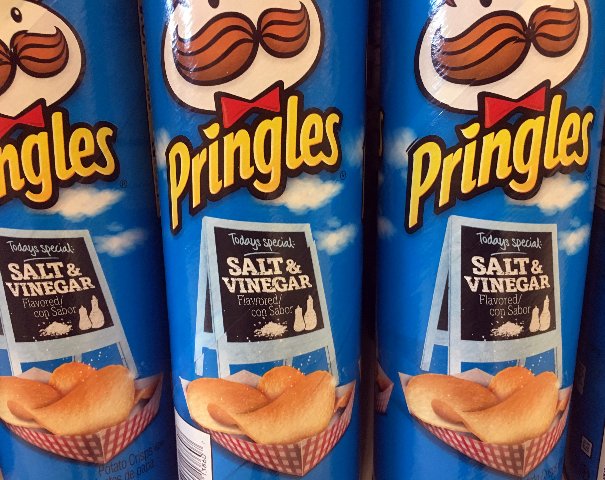 A Texas woman was banned from Walmart for life because she drank wine from a Pringles potato chip container. She was riding around a parking lot in an electric shopping cart. This occured at six thirty in the morning. Witnesses noticed her driving in circles and attempting wheelies for an hour or so before being apprehended..

This monumental event aroused my curiosity about her resourcefulness. It evoked several pragmatic questions.

What flavor of Pringles potato chips (BBQ, Spicy, Original) container did she drink from? What type of wine was her preference? Did she clean the Pringles container first or just leave the residue?

With unanswered questions, I set up an experiment during the Sunday football playoffs.

Having grown up in New Orleans, I admit to drinking beer from tennis ball cans. Arguably, the rubbery canned odor is worse then drinking wine from a Pringles can. The rubbery scent is foul while Pringles odors vary, but, in a good sense.

The Master Sommelier, Fred Dexheimer, suggested that I start with a Riesling. Apparently, he had prior experience with Pringles and wine during an illustrious career. Fred sets up bars and restaurants with unique spirit and wine concoctions.

My experiment began with two BBQ Pringles cans. One was washed with water, the other was left with the debris (powder) from the chips. I poured half a bottle of Riesling in each canister. Apparently, a Pringle canister can hold a full bottle of wine with room to spare. I put the transparent lid on top of each canister and turned them upside down. No leaks.

Maybe I was onto something?

I drank from the clean can first. The aroma was noticeably a vibrant BBQ odor mixed with honeysuckle and orange blossom. It didn’t turn me off.  Quite the opposite, it intrigued my palate. I was now ready to drink from the BBQ Pringles can. No surprises here. The Weingut Maximin Grunhaus Herrenberg Riesling 2016 was as fruity as ever. The 50mg of sugar disappeared and was replaced with a faint smoky taste. Could that be the BBQ potato chips or just part of the wine?

I sampled the second can, with the residue and believed that the results were the same, residue and all. The next sampling was an obvious pairing, pizza Pringles with  Chianti.

The classic twosome were like a match made in heaven. The Ruffino Ducale Chianti Classico Reserva 2015 was well balanced, velvety on the palate with hints of rosemary and tomato sauce on the palate. Did a hint of tomato sauce sneak its way into my mouth by way of the Pringles can? To answer this question, I went one step further. I poured the Chianti into a wine glass and proceeded to sample. What disappeared was the tomato sauce flavor. It was replaced with rosemary, an herb that normally dominates whatever it comes in contact with.

What I have learned from this experiment? Drinking wine from Pringles cans does add nuisances to a wine's flavor. If you are not satisfied with a wine that you buy, try drinking it from a non-rinsed Pringles canister. Your results will vary, of course.

Save your empty Pringles cans and use them as wine glasses for your next together.