Diane Kruger Star of In the Fade 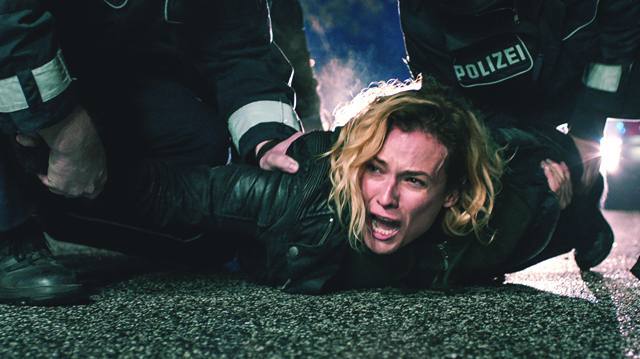 Diane Kruger Star of In the Fade.

Powerful emotions drive behavior in most of us.  The larger the issue or the event, the greater the emotional response.  If the event is life altering the more erratic and unpredictable the behavior and the outcome will be.

Cinema is a potent vehicle for exploring emotion-rich stories and moments. The mobility of the camera along with its unique implementation of the close-up lens – that misses nothing – is what draws gifted directors and cinematographers to the medium of cinema as a method of telling intimate and compelling stories.

The German film industry over the last five or ten years has shown strong evidence of returning to its glory days of the 1930’s. The 2007 Best Foreign Film Academy Award for Germany’s outstanding film “The Lives of Others” catapulted the German film industry back into Oscar competition mode. Thanks to a string the solid foreign language films hits: “Two Lives” (2013), “Labyrinth of Lies” (2015), “Toni Erdman” (2016), Germany has become a perennial contender for the Best Foreign Language Film Oscar.  Once again, its industry is competing for another win with the emotion-packed thriller “In the Fade”, starring Diane Kruger. She won as Best Actress at the 2017 Cannes Film Festival.

“In the Fade”, co-written by Hark Bohm and directed by journeyman filmmaker Fatih Akin, is told in a series of flashbacks and is divided into three sections or sequences: The Family, The Justice system, and The Sea, or the Grecian sequences.

Kruger as Katja, a grief-stricken young mother learns that while she was away from the office her husband and her six-year-old son Rocco (Rafael Sanana) have been killed in a bomb explosion outside her Kurdish husband Nuri’s (Numan Acar) storefront business in the Turkish section of Hamburg. The authorities are investigating it as a terrorist attack, Katja, however, views it as murder.

In a flashback sequence, she volunteers her feelings to the police, because earlier, she saw a young German girl on a bicycle park her new bike near the building who didn’t chain it to the stand.  Katja also noticed a package near the bike’s saddle as she watched the girl walk away.

The police reject her claim that a growing ‘neo-nazi/white supremacist group of thugs in the neighborhood are behind the attack.  Katja and her attorney (Denis Moschitto) protest that there are no Turkish or Kurdish terrorists or anyone from the Turkish community involved.  Based on Katja’s testimony and eyewitness account, two suspects – the young German girl on the bike and her husband both of whom are white supremacists – are arrested and placed on trial for the bombing murders.

What looks like a slam-dunk for the prosecution, becomes an acquittal for the defense due to insufficient evidence.  Katja is beside herself and ends up attacking the pair in the courtroom.  Americans not familiar with Germany’s judicial procedures will probably feel confused and/or frustrated by the Judge’s ruling and the trial’s outcome as well.  The ruling, however, sets in motion Katja’s unbridled thirst for revenge.

It’s at this point that writer/director Akin, sort of shoots himself in the foot. There is a clear shift in the tone of the story and its execution in the sequence labeled “The Sea”.  The film now begins to drift into predictability; losing its edge and footing in what began as a promising thriller about the return of right-wing extremists groups now plaguing many European countries today.

Fortunately, for the audience, no shift in the tone of the film can negate the terrific performance of Ms. Kruger.  She’s a hypnotic on-screen presence reminiscent of the great Marlene Dietrich. And, her scenes of grief, despair, and rage, are achingly poignant. It’s an award-winning star turn, and she is this year’s winner of the 2017 Golden Globe for Best Actress in a foreign language film. Keep an eye out for this beautiful English speaking German actress in future American and British films.