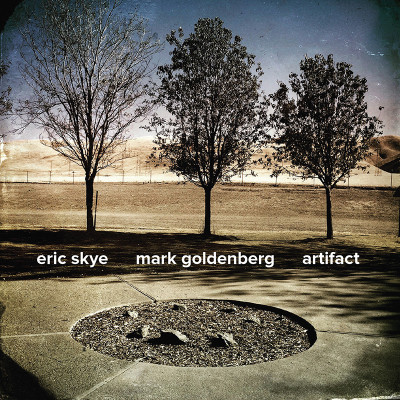 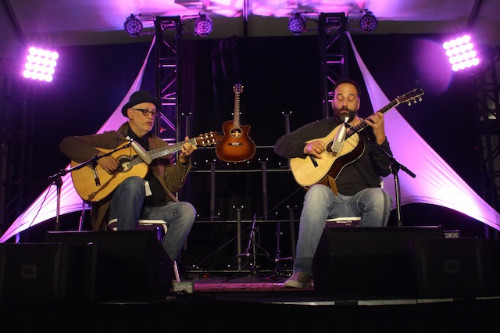 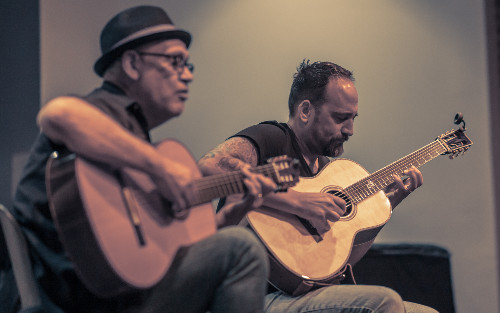 Artifact is one of those recordings that warrants repeated listening. Each time I listen to the CD there something new to marvel at, especially the full and clean organic guitar tones. Add the masterful song writing and actual melodies that stick out in each song and you have an album that stands out and sticks in one brain.

Rumor has it that this CD was made one morning in Los Angeles. The rumor was confirmed in an e-mail from Mark Goldenberg. Mark said that 'We did the entire recording in a single sitting. We only stopped once when Eric got up to use the toilet'.

My belief is the main reason this album works is the level of communication between Eric and Mark. Artifact is an extended conversation between virtuosos. Fortunately, through the magic of recording, we could eavesdrop on them.

The tunes are not just two guys noodling on top of a bunch of cool progressions, but, two guys who cover a variety of ground.

Its hard to choose a favorite song on Artifacts, but, if I had to do so, 'Blues for Freida', a hauntingly expressive Eric Skye composition would be the one. The melody is similar to Djangology and Gary Moore's Parisienne Walkways, where a simple platform for each player defines each soul. Golden, an Eric Skye composition is just that. The first eight bars of Golden establish the basic theme, at least for me,  and as the song develops, I feel like I am experiencing a very pleasant and sunny day.  Bridgetown Shuffle is a fun and light-hearted romp based on a B minor riff. Too often the 'colors' or 'tonal' palette of many jazz chords are muted or muddled when played on an electric guitar. However, when Skye or Goldenberg strike a chord on their acoustic guitars, the listener can hear every note and all of those chord with names like an algebra problem begin to make sense.

Bridgetown Shuffle also shows off Eric Skye's picking skills and his ability to mix musical genres. With a typical jazz/ blues pattern, Eric plays some riffs that sound like what Brad Paisley pulls out of the lower strings of his Telecaster guitar. The crazy thing is that it really works. Artifacts is filled with many instances where Skye and Goldenberg demonstrate the seemingly endless possibilities of what can be done with an acoustic guitar.

You may sample one of Skye and Goldenberg's works on YouTube.  Given the limitations of internet sound, you will not get the full flavor of their musicbut it may whet your appetite for the CD.