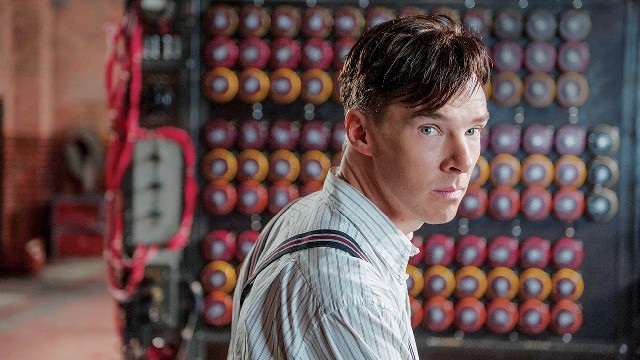 Turing and his machine Chistopher. 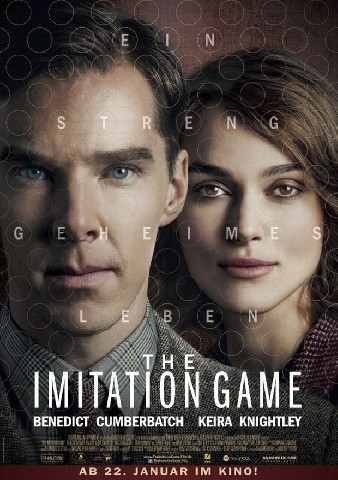 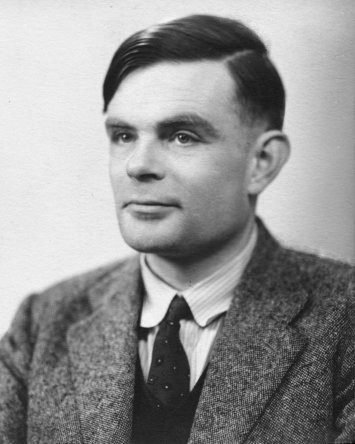 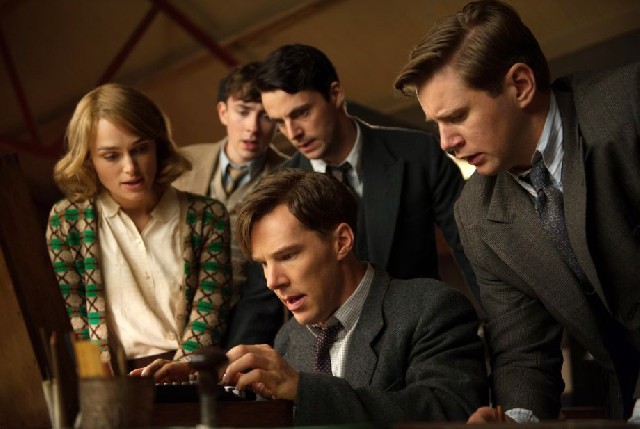 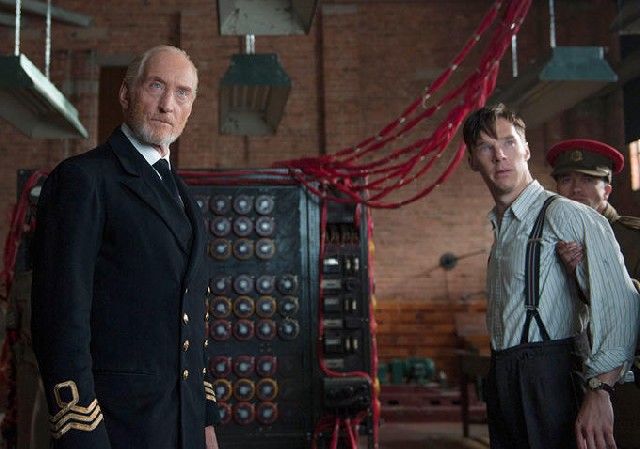 The unsympathetic commanding officer had conflicts with Turning, 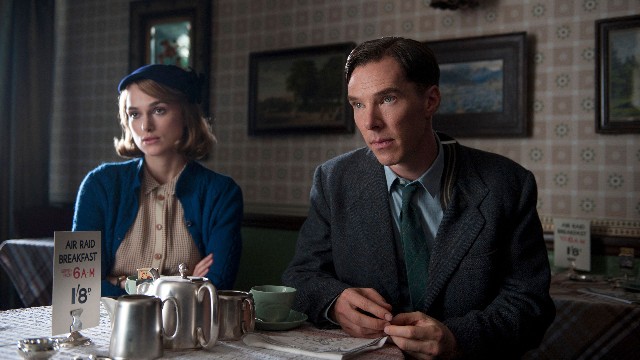 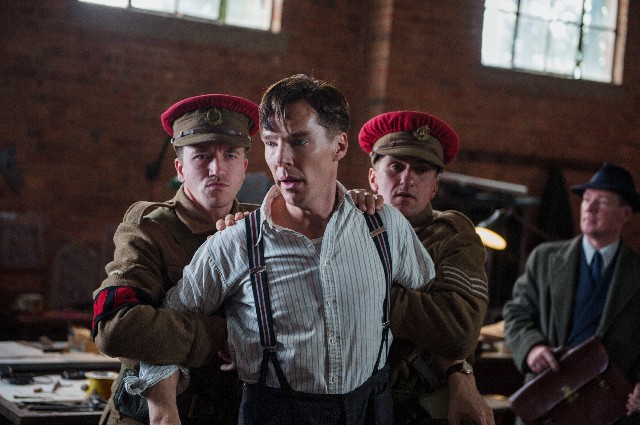 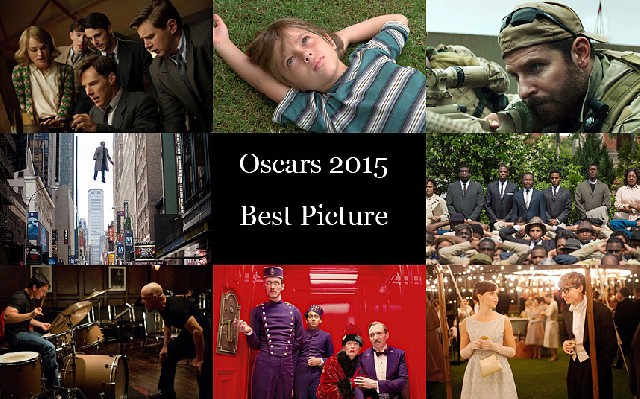 "Sometimes it's the people no one imagines anything of who do the things no one can imagine" the schoolboy Christopher says to his companion Alan Turing. The eccentric prodigy Turning is about to declare his love for a friend who died. The tag line as a metaphor and that tragic youthful romance waft through the complex and fascinating Oscar bound film The Imitation Game.

Some years ago I first became aware of Turing, the tormented genius who headed the team that cracked Germany’s enigma machine and its coded messages, through a PBS production of Derek Jacobi starring in Breaking the Code by Hugh Whitemore.

Another BBC/ PBS series The Bletchley Circle brought further insights to the top secret program to decipher the daily Nazi dispatches to its fleet and troops. The communications were easily intercepted but impossibly scrambled. Its five rotors were capable of creating some 159 million variations.

Routinely the first messages were sent at 6 AM. That gave the Bletchley staff of mathematicians, cryptographers, chess and crossword puzzle champions a midnight deadline to crack that day’s settings.

An eccentric with no social skills Turing alienated his colleagues by refusing to work with them pursuing his own scheme to create a thinking machine. To build it he demands 100,000 Pounds. In order to pay for this he suggests firing several incompetent but highly placed members of the team.

Much of his bluntness and lack of nuance or tact is attributed to aspects of asperger’s syndrome. A further complication is homosexuality which proved to be his undoing. It led to prosecution after the war. Rather than face a two year sentence for gross indecency he endured chemical castration. It allowed him to continue work in developing the first computer. After a year in which he developed breasts Turing allegedly took his life. There is now some doubt that it was suicide.

This past summer we enjoyed a truly magnificent performance of Turing at Barrington Stage Company by Mark H. Dold starring in Breaking the Code. It was a career defining performance. The play conflated complex technology and theory with a deep exploration of his tormented persona and poignant struggle for love and sexual identity.

The film The Imitation Game starring Benedict Cumberbatch (Alan Turing), and Keira Knightley (Joan Clarke) presents a condensed and dramatized version of the facts but tones down the issue of his sexuality and prosecution. Perhaps this was a decision of producers to veer off from a gay themed film which would not appeal to mass audiences.

The play offers Turning cavorting with a lover on a Greek island. The young hustler who brought him down is fleshed out on stage and barely glimpsed, with no lines, in the film.

It’s true that Turing proposed to a brilliant co worker. As played by Keira Knightley she is far too attractive and glamorous. She’s too coy and sexy to convey the woman who in real life was his intellectual equal. Knowing his homosexuality did not defer her sincere love and willingness to share their lives in all but one way. It was not that unusual an arrangement particularly in Great Britain where gay aristocrats married for social cover. The women knew what they were getting into and enjoyed the status and privilege of being with men pursuing careers.

The director Morten Tyldum and script by Graham Moore beef up facts with over the top cinematic moments. Knighley’s dialogue is peppered with zingers like "I am a woman in a man's job, and I don't have the luxury of being an ass."

Indeed there is an abundance of asses in the Bletchley crew. That starts at the top with the stodgy Charles Dance (Commander Denniston) who insists that he is running a military operation with a chain of command and obedience to orders. He is a mismatch with the geniuses assembled at Bletchley. In particular he determined to fire the non conforming Turing.

The original head of the team is the rakish and charming Matthew Goode as Hugh Alexander. When Denniston fired Turing there was an appeal to Winston Churchill (fiction). Turing is put in charge and given resources to build his machine. There is a fictional morphing as Hugh and the team come around to supporting Turing. Particularly when Denniston gives them one month to shape up or ship out.

Again it is pure movie making when in a pub Turing has the Eureka moment that has them running back to the lab in the middle of the night.

While Hugh is flirting with a woman over pints she reveals that she already has a boyfriend. The German code operator she is assigned to always starts with the same words. Apparently the daily weather report and Heil Hitler.

That allows Turing and his team to program his machine “Christopher” (in fact “Victory”) to these key words. That night they manage to crack the code.

Which leads to a moral dilemma. Knowing the positions of the German fleet of U Boats that night they observe an attack developing for a convoy. They can act swiftly and save lives. But that would reveal that they have broken the code. Instead they realize that they must not interfere in order to calculate, using statistics, better use of the deciphered dispatches.

The Germans never caught on that their Enigma code was compromised.

This calculated strategy combined with misinformation is worked out with the well played MI6 agent Mark Strong (Stewart Menzies). At the end of the war he orders the team to burn all of their documents and ceases communication. There is the understanding of entering a new post war era of conflict and espionage.

Under the Official Secrets act even spouses never knew of the wartime efforts of the Bletchley project. There were 10,000 involved of which 80% were women.

Turing went back to being a professor of mathematics. It was only decades later, following his media disgrace as a convicted criminal, that the world knew that he was the one who broke the code. Only recently was he pardoned by Queen Elizabeth.

Historians credit him with shortening the war by at least two years and saving 14 million lives.

The film is truly entertaining however loosely it flirts with the facts. The performance by Benedict Cumberbatch is as brilliant, nuanced and complex as we have come to expect from this superb actor. He is best known for an over the top Sherlock Holmes in the popular BBC/ PBS series. It has earned him a deserved Oscar nomination. Frankly the film isn’t good enough to take him to the podium. It’s a strong field this year with too much competition from actors in better films.

The Imitation Game is nominated for eight Oscars, including Best Film. In addition to Cumberbatch and Knightley, Morten Tyldum is up for Best Director. The film has also received nominations for Best Adapted Screenplay, Best Original Score, Film Editing and Production Design.

May we have the envelope please?