Lauren Gunderson's I and You 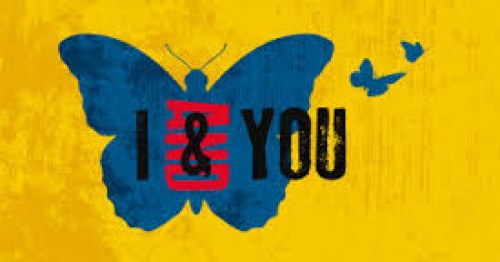 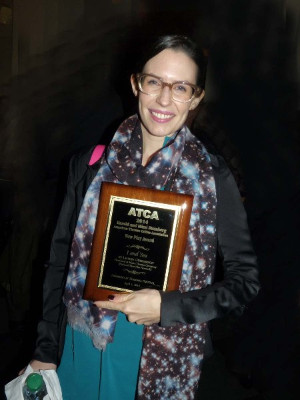 Caroline (Kayla Ferguson) is a house-bound, chronically ill teenager with a chip on her shoulder. Anthony (Reggie D. White) is a popular basketball player from her school who arrives unannounced – allegedly to work on a school project of which Caroline was oblivious – but truly, literally, to change her life.

Their challenge: To create a poster and a presentation that examines Walt Whitman’s use of pronouns – thus “I & You” – in Leaves of Grass. But the pressure is on: The assignment is due the next day, and Caroline has not even read the book. “Why bother” is her attitude – “I’m dying.” Anthony doesn’t agree – not just because he is competitive and “has to get an A,” but also because he truly loves and is inspired by Whitman’s words – and he passionately wants Caroline to love them too.

For the next, intense hour or so, the two seemingly opposites alternate between love and hate, revealing parts of themselves to each other (Caroline loves Elvis; Anthony loves jazz and plays the sax) that they clearly usually keep hidden under their teenage veneer of cynical, tough girl and smart, nice guy. Throughout that time, Anthony reads bits of Whitman that celebrate life, explore death, and most importantly, emphasize the connectedness of all human beings to each other and to the rest of the Earth. All appears to be fairly innocent interaction between boy and girl, until the final moments of the play, when Anthony reveals why he is truly there – and astonishes both Caroline and the audience.

I am not a fan of “surprise endings” – mostly because they are rarely a surprise. But the plot twist in the last 10 minutes of the 90-minute, no-intermission performance of “I & You” was something that no one (I asked around!) saw coming. And the brilliance was, it made perfect sense, and brought many in the audience to tears and to their feet for a standing ovation. It was accompanied by a riveting, dramatic transformation of the set (which for the rest of the play was simply a teenaged girl’s bedroom) that was also unanticipated and spectacular. To say more would be a spoiler – and this is a play that deserves to be seen and experienced without that.