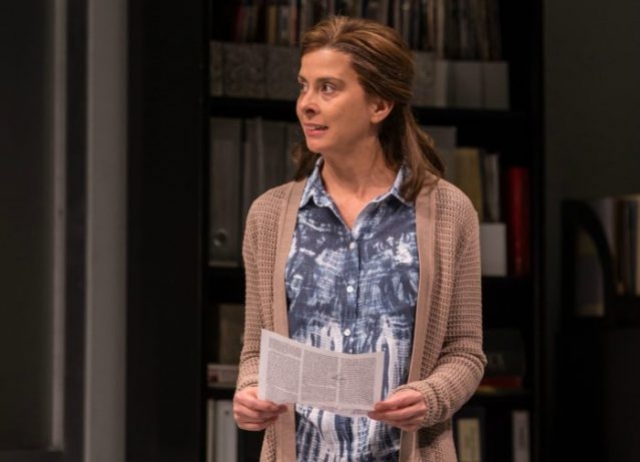 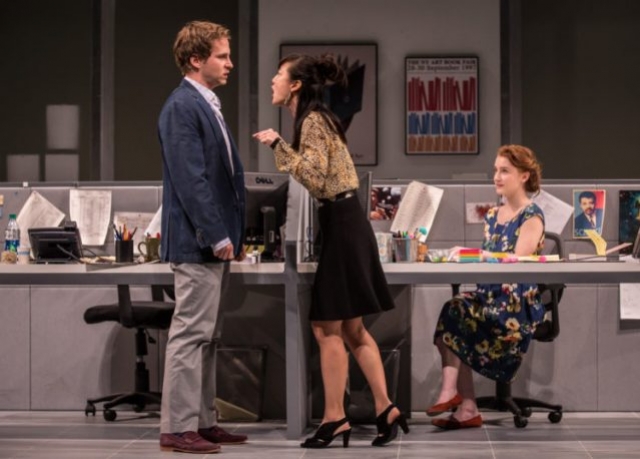 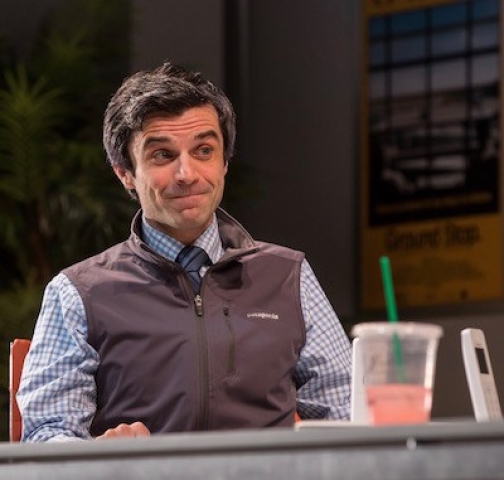 Have you ever worked in an office—creative or otherwise—where a bunch of young associates groused over their bosses, gossiped about their colleagues, and desperately sought promotion to the next step on the corporate ladder? If you have, then act one of Gloria, the smart and oh so relevant Brandon Jacobs-Jenkins play at Goodman Theatre, will be a reunion you’d prefer to avoid.

The setting is a high-powered New York cultural magazine—something like New York or the New Yorker—where aspiring writers hope to be discovered. They know the publishing industry is in decline and are ready to dig their nails in and claw their way over their colleagues.

The cubicle crowd is made up of Ani (Catherine Combs), a young assistant; Kendra (Jennifer Kim), a snarky fashion devotee; and Dean (Ryan Spahn), who has been in the same job too long. They’re all editorial assistants of some variety. The fourth cubicle is manned by Miles (Kyle Beltran), a college student intern and errand boy.

One of the objects of gossip is Gloria (Jeanine Serralles), an older editor, who hosted a party the previous evening—but no one except Dean attended.

The morning is progressing as usual. Dean arrives late and hungover. Kendra arrives later, after shopping for her personal fashion blog. But the work flow is disrupted with news of the death of pop singer Sarah Tweed. Kendra and Ani are both fans of her music. The weekly magazine is about to close, but the obituary feature must be added. But who will write it? Ani and Kendra are sure they’re the only ones who know anything about Sarah Tweed and Kendra demands to be involved. Lorin, the head fact-checker (Michael Crane), has been up all night closing the book and now is fact-checking the Sarah Tweed story.

Act one ends with a dramatic moment that changes the course of everyone’s lives and provides raw material for act two, when the real story is told. The career ambitions of the publishing staffers are transformed into campaigns to tell their own story about the event. Who will get a book published first? What will each author say about the others? The story takes on a Rashomon quality as each person sees the story from a different perspective.

Act two ends years later in the Los Angeles office of a television production company that repackages books as films and TV series. One of the survivor stories being repackaged is by a senior editor from the magazine. Lorin, the fact checker, is temping while waiting to start law school. He puts on his headphones to concentrate and we hear a Sarah Tweed song.

Director Evan Cabnet staged the premiere of Gloria at the Vineyard Theatre in New York in 2015. He moved that production, cast intact, to the Goodman stage. The performances are excellent and clearly benefit by their work together in the past. The characters in act one appear again, some of them multiple times, in act two with modified names and appearances. (Only Lorin appears in both acts as the same person.) But the fact that we know who they were before becomes an underlying joke.

The dialogue is smartly written, especially witty and snarky in act one. When Kendra complains about straight white men dominating the publishing industry, Dean says, “Kendra, you’re a rich Asian girl from Pasadena with a degree from Harvard. That is essentially a privileged straight white man.”

The scene design—two office settings and a coffee shop—is by Takeshi Kata with lighting by Matt Frey. Sound design is by Matt Tierney. The very important wig and hair design by Cookie Jordan contributes to the character transformations throughout, as do the costumes by Ilona Somogyi.

Orchestral music, which opens act one and plays through the intermission, is the “Gloria” section of Bach’s Mass in B Minor.

Playwright Jacobs-Jenkins has won several awards, including a “genius” grant in 2015 from the MacArthur Foundation. His other plays include Appropriate, produced in 2013 at Victory Gardens, and An Octoroon. He is a resident playwright at Signature Theatre in New York.