David Alan Anderson as The Giver

The Indiana Repertory Theatre to February 21 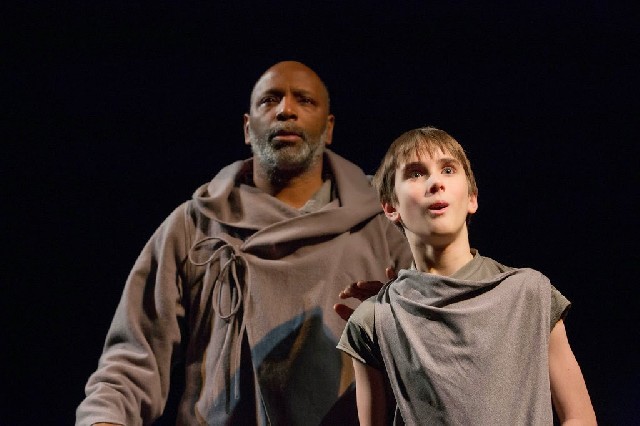 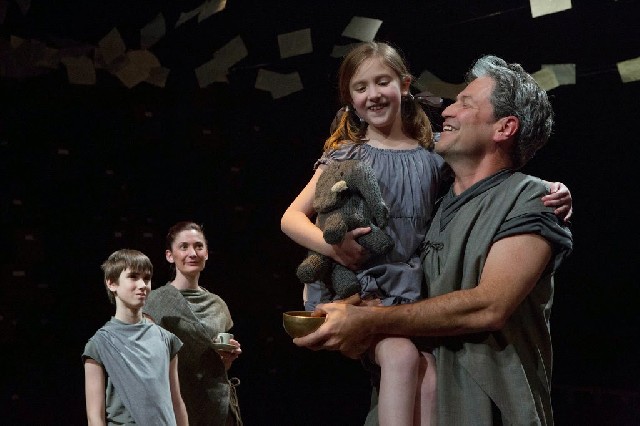 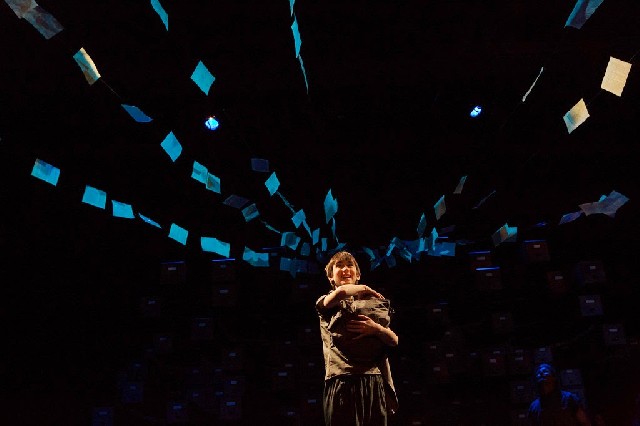 Dystopian novels have become common commodities as of late, but “The Giver” was around long before Katniss and Tris made an appearance. “The Giver” tells the story of a perfect world, where no one needs to make decisions because you know exactly what you are supposed to do every day. The Indiana Repertory Theatre, which first produced the play in 2009, has brought it back this month. Although the story remains the same, this is not simply a repeat performance. There’s a new set, new actors in each role, and a new generation of students being introduced to the story.

Courtney Sale’s direction gives the piece an appropriately eerie feel. What seems innocent and friendly at first takes on a sinister atmosphere as we learn more about the rules of their world. Each chime heightens the tension as Jonas begins to question the world around him.

David Alan Anderson’s appearance as The Giver brings a sense of gravity to the show from the moment he steps on stage. As Jonas learns about the true history of his world you can see the weight of the responsibility on Anderson’s face. Even in moments of joy you can see the pain it causes him to have to open the eyes of that innocent boy.

One of my favorite elements in this production is the set. Designer Robert Mark Morgan uses library card catalogues to demonstrate the filing of generations of memories. Sheets of paper are strung from the ceiling and drawers sit open along the back wall. The three-sided set becomes a library of sorts, made of the endless memories the Giver has kept safe for so long.

The show is perfectly adapted for a student audience. It moves along at a brisk pace and features young kids in the cast. There are also post-show discussions led by the IRT after each performance. Those are the perfect place for students and adults alike to discuss the thought-provoking ideas raised by the play.

The Indiana Repertory Theatre is located at 140 W. Washington St., Indianapolis, one-half block west of the Circle Center Mall between northbound Illinois St. and southbound Capitol Ave. "The Giver" runs until Saturday, Feb. 21 on IRT's Upperstage. Times for performances can be found at www.irtlive.com or by calling the IRT box office at (317) 635-5252. To purchase tickets call (317) 635-5252 or order online at www.irtlive.com