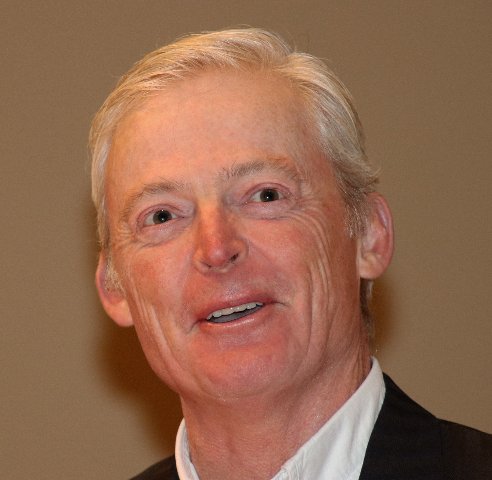 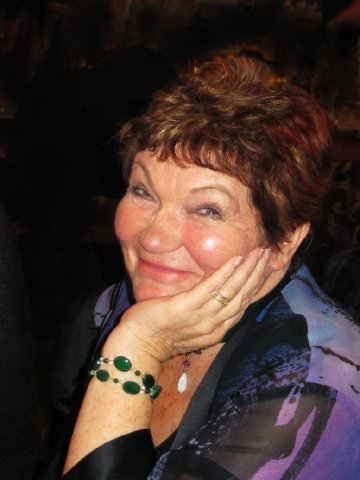 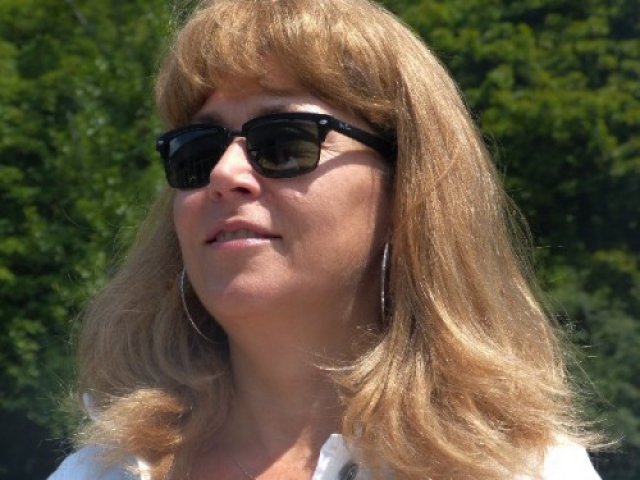 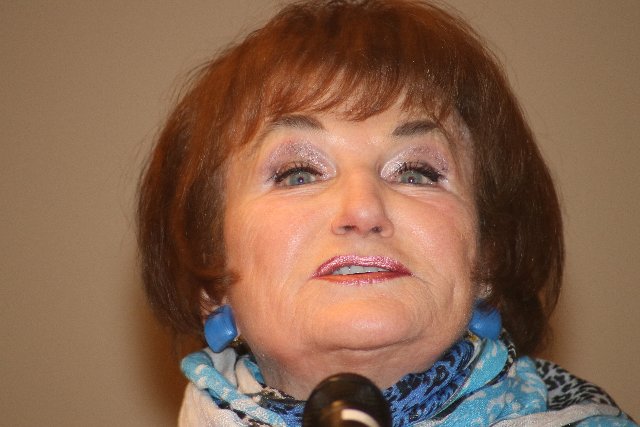 Berkie 2018 winner Annette Miller will be featured in a contemporary drama.

(Lenox, MA) –  Shakespeare & Company is thrilled to announce its 2019 summer season, May 23 – October 13, 2019. Under the theme, “The Strings of the Heart,” the season includes Shakespeare’s Twelfth Night, The Merry Wives of Windsor, The Taming of the Shrew, and, in a special work-shop production, Coriolanus. The contemporary plays this season are the Pulitzer Prize finalist The Waverly Gallery by Kenneth Lonergan; Tony Award nominated play The Children by Lucy Kirkwood; Pulitzer Prize winner Topdog/Underdog by MacArthur Foundation Fellowship recipient Suzan-Lori Parks; and Time Stands Still by Obie Award winner Donald Margulies.

“The strings of your heart are sure to be stretched in every direction with the wide array of plays on our stages this summer,” said Artistic Director Allyn Burrows. “The human curiosity for change informed our selection of contemporary titles for 2019. Right out of the gate is Kenneth Lonergan’s The Waverly Gallery, a stirring story of a family wrestling with a matriarch’s decline. Next is The Children by Lucy Kirkwood, a drama that dares to ask what we plan to do to save the planet for the coming generations. Then Suzan-Lori Parks, in her potent Topdog/Underdog, reminds us how we are defined by history. Finally, Donald Margulies, with his discerning eye for relationships and language, in Time Stands Still, points up the sacrifices involved in bringing truth into the light.”

“In addition to three fully-staged productions of Shakespeare, we are excited to offer an intimate workshop of  Coriolanus,” continued Burrows. “Founding Artistic Director Tina Packer, acclaimed actor John Douglas Thompson and I will invite audiences into our artistic process as we examine power and the effects on society of individuals unsuited to leadership through the lens of this rarely produced play.”

“I am delighted to be invited back to Shakespeare & Company to direct the New England premiere of The Children this summer for many reasons,” said Director James Warwick. “First, I immensely enjoyed work with the cast and crew on last summer’s production of Mothers and Sons. Second, I saw The Children at The Royal Court Theatre in London two years ago, and was enthralled by the writing and the subject matter. It’s an intriguing script about our environment and the way that we humans are dealing with it right now. But what about our children? What are they being left? The Children is funny, moving, personally revealing, and about a little of all of us in the complex world in which we live.”

“I am delighted to be directing the passionate and powerful family drama The Waverly Gallery,” said Director Tina Packer. “Everyone in the play is negotiating the complexities of their lives together. Great humor and honesty are revealed as this family is faced with deep philosophical, personal and emotionally charged questions. I’m looking forward to what the actors will bring into the rehearsal room, and what we will discover together.”

“I am thrilled to return to Shakespeare & Company to direct Time Stands Still,” said Director Nicole Ricciardi. “It’s a moving and powerful love story that explores the choices we make in life and the choices that life makes for us. It considers the need to listen to your gut, to your true calling, whatever the cost, and to bravely follow a path, however unconventional it may appear. How can we live a moral life in our often tragic, unscrupulous world?”

“Topdog/Underdog is a fascinating, comic but ultimately tragic journey in the lives of two brothers,” said Director Regge Life. “Like Cain and Abel, Lincoln and Booth struggle to be the ‘Man’, a winner in a nation diabolically rigged against men of color. Brotherly love aside, the play is more a tale of sibling rivalry, their present haunted by their past, a dysfunctional family experience that has sown the seeds for a catastrophic future. Some have compared it to Ralph Ellison’s ‘Invisible Man’, a novel that also unpacked the existential life for African Americans, but unlike Ellison’s dark and brooding tome, Topdog/Underdog brims with comedy.”

Once a vibrant lawyer, Greenwich Village activist and family matriarch, Gladys Green has run a charming boutique art gallery on Waverly Place for decades, but now stands to lose its tenancy, as her world shrinks through loss of memory and hearing. Gladys’ family struggles to cope with her fading faculties in this Pulitzer Prize finalist for Drama. As told from her grandson’s perspective, this powerful story sheds a lasting and humorous light on how our familial roles get inevitably refashioned over time, and quietly challenges us to examine how we look after each other.

Gasping on the shores of Illyria after a shipwreck which cast her brother into the raging sea, Viola finds solace disguised as a boy in the service of Duke Orsino, for whom she falls hard. Orsino is smitten with the idea of love in the person of Lady Olivia, who has recently lost her own brother and couldn’t be more underwhelmed by his affections. Olivia’s uncle, Sir Toby Belch, and his crew find great delight overturning the household with their raucous antics and song while driving the penultimate of stuffed shirts, Malvolio, nuts. A rich, affecting, and deeply funny story of longing, love, and laughter which paints Shakespeare at his peak.

Two retired physicists have taken shelter in a borrowed cottage on the English coast coping with the aftermath of a nuclear power plant accident after a devastating tsunami. Quite suddenly an unexpected visitor arrives from their past. With searing insight and comic flair, playwright Lucy Kirkwood seems to ask the simple question “What about the children?”. What are we expected to do for the generations that follow us? The story unfolds with fascinating twists amongst three long-time friends who share a guarded history and a passion for life in the face of glaring reminders of its fragility. James Warwick returns to the Company for a second season after directing last season’s renowned production of Mothers and Sons.

Smart, passionate, and mad as hell, Kate wants nothing to do with marriage or men. But in Padua, marriage and money are the name of the game, and Kate’s younger sister Bianca is the ultimate prize. Alas for Padua’s vying bachelors, Bianca can’t marry until her sister gets hitched. So when the wild renegade Petruchio arrives in Padua in search of a wife (and her dowry), he and Kate collide in a battle of wills that could change the rules of their world forever. Shakespeare’s explosive and provocative comedy stirs-up questions about love, power, identity, and wealth, compelling us to examine the rules of our world and the roles we play in it.

Sir John Falstaff vastly underestimates the Merry Wives in the town of Windsor as he hatches a frothy scheme to drain their bank accounts and drive their husbands insane with jealousy. Antics ensue as Falstaff (a favorite character of Queen Elizabeth herself!) overestimates his own ability to dupe good people and pull off his scheme of deceit. With The Merry Wives of Windsor, a comedy perfectly suited to our garden theatre setting, Shakespeare proves that the best human foibles are the ones we can laugh at. With this production, Kevin G. Coleman, one of the Company Founders and the current Director of Education, returns to the mainstage to direct for the first time in nearly a decade.

Two brothers, Lincoln and Booth, locked in a battle of wits as quick as their game of Three Card Monte, struggle to come to terms with their identity and what history has handed them, even their names. With her trademark explosive language in this Pulitzer Prize-winning play, Suzan-Lori Parks explores the deepest of connections, and what it means to be a family of man. Regge Life returns as director after the success of God of Carnageand Morning After Grace to mount this powerful play.

A workshop production with actors on script, this project is an examination of what happens when an ambitious, arrogant general seizes power only to prove his complete ineptitude in a leadership role. Coriolanus, while successful in battle, learns that ultimately it is the people who choose their leaders, and in spite of joining with his arch-enemy to exact revenge on the city of Rome which betrayed him, Coriolanus is doomed to meet the fate he deserves. Director Daniela Varon once again joins forces with Obie Award-winning actor John Douglas Thompson after their acclaimed production of Red Velvet. Varon last directed with the Company for 2017’s sold-out run of Intimate Apparel.

There are exact times when the pursuit of what is important clashes with the consequences of one’s choices. Sarah Goodwin, a photo journalist recovering from the blast of a road side bomb overseas, must decide between her life’s work of revealing unsettling truths about the world and domestic comfort. Pulitzer Prize-winning playwright Donald Margulies weaves a gripping story of the cost of staying true to one’s path. Nicole Ricciardi returns after directing last season’s critically acclaimed production of Strindberg’s Creditors.

2019 GALA
This year’s Gala will be held Saturday, June 29. Shakespeare & Company artists and visual effects pioneers Doug and Julia Trumbull join forces for a celebratory evening of theatre. After the special performance, guests will be escorted to the tented courtyard for an elegant dinner and a night of dancing in the Roman Garden Theatre.

Tickets
3-Show and 6-Show FLEXpasses are now on sale. FLEXpass Advantages include: Up to 40% off regular ticket prices, ability to book shows and seats one week earlier than the general public, and a waiver of the exchange fees. Single Tickets for the 2019 performance season go on sale to Members and Groups on February 12; Seat and show selection for FLEXpass holders on February 19; tickets for the general public will be released on February 26.

Shakespeare & Company will once again offer a 40% discount to full-time, year-round Berkshire County residents for all performances on Tuesday through Thursday and for Sunday Evenings. The Company also continues its commitment to the EBT Card to Culture Program, offering a $5 performance ticket to all EBT Cardholders. The discounted tickets can be reserved over the phone, online, and in person at Box Office. Cardholders will be required to show their card at the Box Office when picking up tickets, and processing fees will also be waived.The Tina Packer Playhouse, Roman Garden Theatre, and the Elayne P. Bernstein Theatre are wheelchair accessible. For more information on our summer performance season or our year round programming, call the Box Office at (413) 637-3353 or visit www.shakespeare.org.