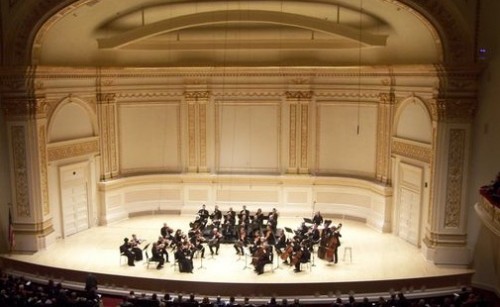 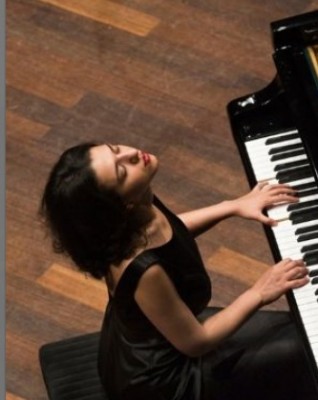 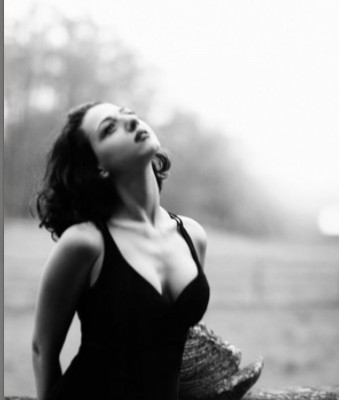 Haydn, Symphony No. 1 in D Major

Arensky, Variations on a Theme by Tchaikovsky

Haydn’s first symphony may be a high school essay, but what charm and joi de vivre it offers. Orpheus musicians dove into the music, offering their signature style: The intimacy of chamber music in a symphonic setting.

Core musicians from Orpheus led with an up-thrust movement getting louder, light and full of wit. Triads fall in the next movement leading to a rolling finale, horns catching us in their calls. The driving attacks of Grace Park on the violin propelled the group forward to the conclusion.

Some may ask what the purpose of a leaderless orchestra is. Orpheus is of course not leaderless. However, it does not have a conductor. A core group of musicians, different for each composition, gathers together to discuss the shape of the piece. They propose to the full orchestra and organize rehearsals. There is nothing ragged about the performance, so clearly this method works. What is also striking is the  commitment of the performers. Even a double bass player relishes the approach of his bow to a string.

From the moment willowy Georgian pianist Khatia Buniatishvili enters the Carnegie stage, the audience is swept into the contrasting quiet and fervent passages of Mozart’s piano concerto. Buniatishvili wore a shiny black body-glove of a dress gracefully falling from her shoulders. The back was cut out in a deep V to the waist, and a pattern of lace covered her lower back and sparkled with sequins. The line of the V caught her exuberant bending frame. Her performance did not need any other enhancement. It’s not just her thick curls flung back from her forehead as her head is thrust back, then bent to the keyboard, she is seducing the notes. Phrases are limpid and always bright and bell-like. Her technical prowess is almost casual, it is so natural to the performer and so skillfully deployed. She suits Mozart perfectly.

Mozart is of course one of the kings of the repertoire, and the added thrill of watching Buniatishvili 'making love' to her instrument was captivating. The sensuality of this performer was like Jacqueline du Prey’s 'love-making' on the cello.

Orpheus clearly appreciated their co-artist, although from time to time they offered up an unnecessary bang. In a rocket fire encore, it was impossible to believe that Buniatishvili was playing with only two hands.

After the intermission, the group performed Arensky’s Variations on a Theme by Tchaikovsky. These are dark, Volga folk songs woven with mystery and quiet. Gogol’s classic Dead Souls is called to mind. Arensky was a bridge composer between Tchaikovsky, who taught him, and Rachmaninoff, whom he taught. Echoes of Tchaikovsky melodies were sprinkled throughout.

The finale was a new arrangement and orchestration by Paul Chihara of Rachmaninoff’s Suite No. 2. After an introductory marsh, the movements move through various dance forms. The waltz and a romance conclude with a wild tarantella.

Orpheus’ performers clearly come to an agreement before they come onto stage, leaderless. This form gives the music a chance to implode and explode in the hands of gifted individuals coming together.