A Garden Theatre production in Florida 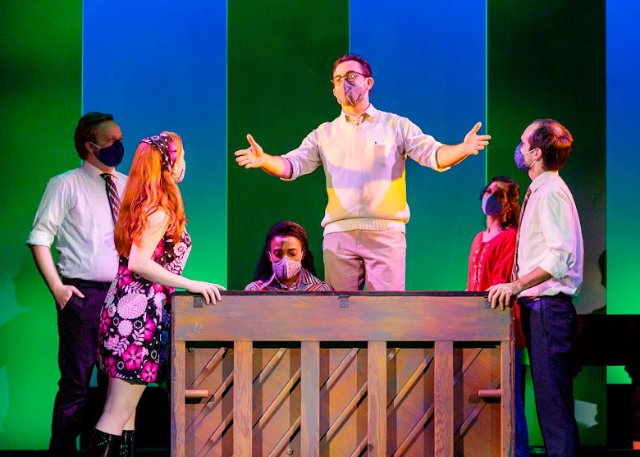 Photo courtesy of Steven Miller Photography Edward Kleban (Sean Powell) is the center of attention in a scene from The Garden Theatre’s current production of A Class Act. 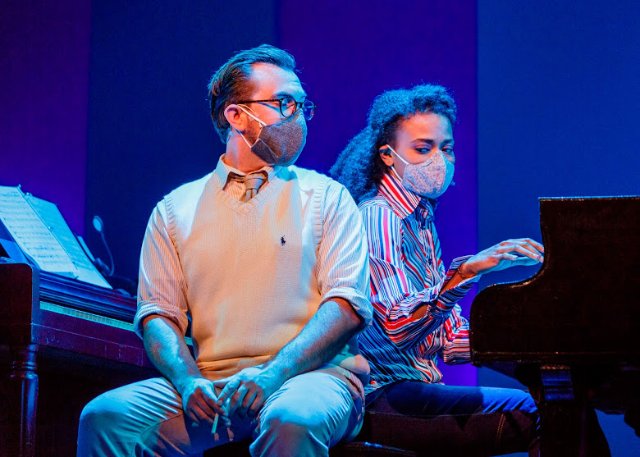 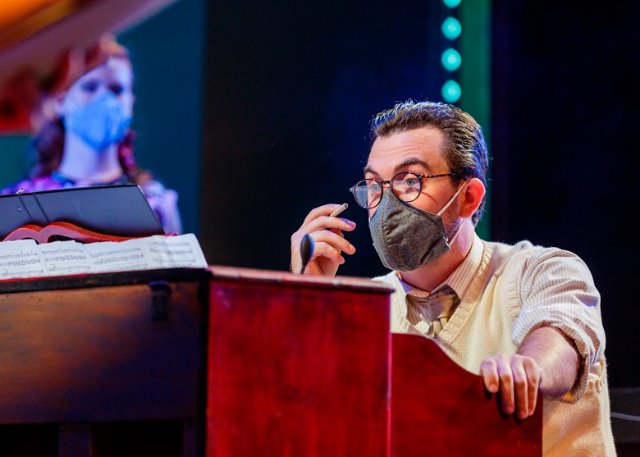 Photo courtesy of Steven Miller Photography Edward Kleban (Sean Powell) is in a moment of thought.

When you’re feeling down about yourself, it can be comforting to learn that somebody who achieved a great feat isn’t perfect.

For instance, it may have been hard to get along with Edward Kleban. He penned the lyrics to the Pulitzer Prize- and Tony Award-winning musical A Chorus Line.  In fact, Kleban’s inflexible nature may have prevented him from achieving further success.

Thanks to the Tony-nominated quasi-autobiographical musical A Class Act, a funny, touching, yet honest depiction of Kleban’s life, we leave the theater with a near complete picture of the man.

Folks can learn about Kleban at the nonprofit suburban Orlando’s Garden Theatre. That is where a compelling professional production of A Class Act is on stage through Feb. 7.

Sure, you’ll need to wear a mask and adhere to social distancing. But at least you’ll experience truly live theater during a time when it’s hard to find such a thing due to the pandemic.

The actors, who wear masks throughout, convincingly inhabit their roles. Also, they generally boast strong and expressive singing voices. However, it’s hard at times to understand them.

A Class Act begins at Broadway’s Shubert Theatre in 1988. At the time, A Chorus Line was in the midst of its original Broadway run at the Shubert.  In between performances, Kleban’s friends gather on the stage to memorialize the composer/lyricist. He died of throat cancer in December 1987 at age 48. In A Class Act, Kleban appears at his own memorial service as a ghost. Perhaps that can explain why he’s wearing white. The other cast members wear dark-colored clothing, befitting a memorial service (Dan Jones designed the period costumes).

As the action flashes back to different points in Kleban’s life, librettists Linda Kline and Lonny Price highlight the theater artist’s highs and lows. For instance, the composer/lyricist’s argumentative nature gets him fired from a production. Kleban also tended toward perfectionism and suffered from phobias. As a matter of fact, his mental issues apparently became so problematic, he had to check himself into a mental institution while studying at Columbia University.

But even while institutionalized, Kleban continued writing music. And he attributed that alone to keeping him sane. When his friend Sophie visits him in the hospital, he plays for her “One More Beautiful Song,” a tune that Kleban is writing on the piano. It’s no surprise that the power of music is a theme in A Class Act. After all, the show is a “love letter” to theater – in particular, musical theater.

Indeed, in A Class Act, we learn things about musicals and how its creators bring them to life. For instance, while Kleban studies at the BMI Musical Theater Workshop (www.bmi.com), he learns about a “charm song.” It is one in which a character beguiles an audience (“Wouldn’t It Be Loverly” from My Fair Lady is an example). In A Class Act, Kleban chooses to sing to the class “Paris Through the Window.” A Mark Chagall painting inspired the song. Specifically, it tells the story of Kleban’s first trip to Europe. And it is, indeed, a charming song.

Altogether, A Class Act comprises 20 songs that, together, tell Kleban’s story. The show’s score includes songs that the composer/lyricist wrote for numerous unproduced musicals. In that way, A Class Act is opposite to a jukebox musical. Rather than presenting well-known songs from a famous musical artist, A Class Act presents mostly unknown music from a lesser-known composer. However, in the show, there’s just enough music from A Chorus Line to keep its fans happy.

Although the melodies are not as memorable as those from A Chorus Line, some of A Class Act’s lyrics are clever and humorous. As an example, in “Better,” Kleban sings, “I’ve been healthy and in pain/pain is reason to complain/ask someone who’s been insane/sane is better.”

Throughout the course of the show, we meet people who knew Kleban. Among them are BMI Musical Theater Workshop founder and teacher Lehman Engle (an acerbic Terry E. Thomas), friend Sophie (a sensitive, compassionate, yet honest Lillie Eliza Thomas), friend Felicia (a spirited Tay Anderson), as well as theater director and choreographer Michael Bennett (a no-nonsense Gavin Waid).

As for Kleban, “he was such a nebbish, what did the women see in him?” a character asks.

And Sean Powell plays Kleban with believable nervous energy. Also, through Powell’s portrayal, the character is highly alert and on edge. For instance, in class, Kleban holds a notebook close to his face while feverishly scribbling notes. Sure, Powell’s Kleban can come across as insistent and argumentative. However, the actor also lends his character an infectious charm and enthusiasm about his craft. This endears us to the character.

Under Joseph C. Walsh’s sensitive direction, the show’s humor and pathos come across. Also, the pacing is generally fluid, although the action drags a bit toward the end. And the choreography could be more original and lively.

Walsh’s team also includes scenic designer Bert Scott, who also designed the varied lighting. In terms of the lighting, some hues work better than others at capturing various moods. As the scenic designer, Walsh aims for minimalism. This allows us to focus on the story and characters instead of staring at a stage crowded with scenic elements.

A Class Act is generally a satisfying show. It takes audiences on an emotional journey that serves up humor, sorrow, joy, insight, and honesty. And the musical celebrates the creative spirit. However, it is a bit of a stretch to believe that folks at a memorial service (friends, no less) would criticize the deceased as directly as the characters do in the show.

Still, A Class Act presents a touching and honest portrait of an individual who was instrumental in bringing us one of the greatest shows in musical theater history.

A Class Act runs through Feb. 7 at The Garden Theatre, 160 W. Plant St. in Winter Garden. For tickets and show times, visit https://gardentheatre.secure.force.com/ticket/#/events/a0S1C00000VsggsUAB.