Reading of Moliere's The Misanthrope 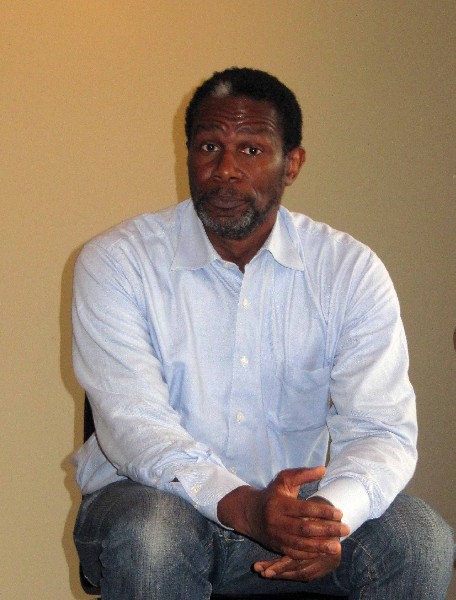 John Douglas Thompson will have the leading role in a reading of Moliere’s The Misanthrope.

Williamstown Theatre Festival Artistic Director Jenny Gersten announced today a reading of Richard Wilbur’s translation of Moliere’s classic French comedy The Misanthrope, to be held at The Sterling and Francine Clark Art Institute in Williamstown, MA on Monday, February 27th at 7:00 PM.  Proceeds from the event will go to Higher Ground, a new organization formed in the wake of Tropical Storm Irene to address affordable housing and disaster relief issues in the Northern Berkshires.

The reading will be directed by Lucie Tiberghien (Geometry of Fire, The Pavilion), and will star John Douglas Thompson (The Emperor Jones, Othello) as Alceste with a cast that includes Jon Bass (The Comedy of Errors, Sweet Bird of Youth), Michael Chernus (Close Up Space, In the Wake), Chris Coffey (Frank’s Home, “The Good Wife”), Johanna Day (Peter and Jerry, Proof), Angela Lewis (Milk Like Sugar, The Brother/Sister Plays), Jennifer Mudge (Dutchman, Reckless) and Michael Wieser (The Cherry Orchard, She Stoops to Conquer).

“I think John Douglas Thompson is one of the finest verse actors working today,” Ms. Gersten says.  “He and Lucie have been working on this play off and on for a year and I am excited to see how he makes this role his own.  We’ll also have a wonderful ensemble of actors to round out this rollicking night of winter fun and are pleased to employ The Misanthrope to meet a philanthropic need for our community.”

With this reading, the Williamstown Theatre Festival brings mischief and mayhem to The Clark to cure mid-winter malaise Moliere style.  Outraged and disheartened by the vain flattery and calculated duplicity of Paris society, Alceste declares that henceforth he will only speak the truth – no matter what offense it might give. In an ironic twist of fate, Alceste immediately becomes enamored of the young widow Celimene, whose malicious tongue and unceasing coquetry embody all he has proclaimed to detest.  Ultimately, it is Alceste who rejects the match when Celimene's confidential letters are disclosed and scathing secrets are revealed. In a rich translation by Berkshires' own poet laureate Richard Wilbur, this classic French comedy of manners pointedly punctuates that it is often the wiser course to accept for the best that which cannot be changed for the better.

Richard Wilbur is an American poet, literary translator, and scholar. Wilbur wrote his first poem at the age of 8, was named US Poet Laureate in 1987, and has won the Pulitzer Prize for Poetry twice – in 1957 and in 1989. As a translator, Wilbur specializes in 17th-century French drama. His adaptations of Molière’s major plays have become the standard English translations. Wilbur began translating The Misanthrope in 1952, and it received its first performance by The Poets’ Theatre in Cambridge, MA in 1955. Three decades later, Wilbur was awarded the Drama Desk Special Award in 1983 for this adaptation.

The reading will be held in the auditorium of the Sterling and Francine Clark Art Institute, 225 South Street, Williamstown, MA 01267 on February 27th at 7pm. Reservations are recommended and can be made by visiting clarkart.edu or calling 413-458-0524.  There is a $10 per person suggested donation that may be made on the evening of the event to benefit Higher Ground.

Special Discount Ticket Bundles for the 2012 Season are available for purchase until March 9, 2012 at www.wtfestival.org