Nelsons to Conduct at the 75th Anniversary Tanglewood Gala 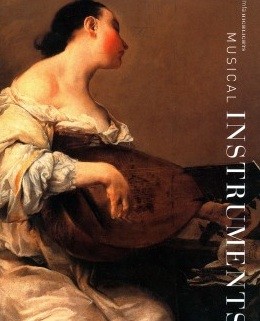 Instruments in the collection of the Fine Arts Museum. 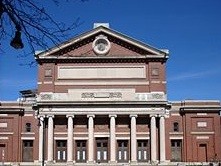 Symphony Hall has a vacant spot at the top. 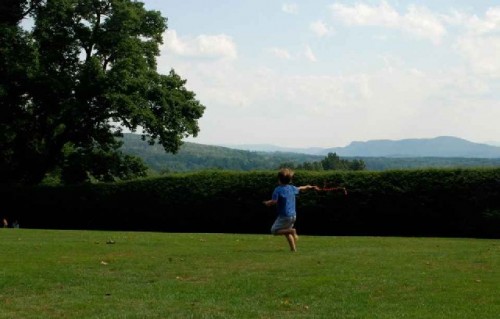 The future of Tanglewood is at stake.

When Andris Nelsons debuted at Carnegie Hall with the Boston Symphony Orchestra, we noted the orchestra’s stamping of feet and applause for the brilliant young conductor.  Satisfying premier musicians in an orchestra is surely one of the considerations for a Levine replacement.

Talk of Daniel Barenboim as a possible appointment leads to Chicago where he was a disaster, breeding discontent among the troops.  Even if the brouhaha was unwitting, it almost took down a great symphony orchestra.  Today,Riccardo Muti changes the position of string players every two weeks so that there is no position-envy.  Like Muti, Nelsons conveys a contagious commitment to the power and importance of music in people’s lives.

Simon Rattle, who preceded Nelsons at Birmingham, is unlikely to leave his European base for Boston.  We have wondered if Nelsons would be willing to leave Europe, where audiences are more evolved.

I made two trips to the Music Museum in Paris recently.  The place was packed with children, one day waiting for the power to be restored to the museum’s engaging videos and display cases.  For symphony orchestras trying to forge a viable place in the modern world, engaging young audiences is at the top of the to-do list. Appreciation of classical music is an acquired taste.

A small, freestanding museum near Symphony Hall, which merges the collection of the BSO and the MFA, with the concert hall so nearby, would be perfect.  MFA Curator Darcy Kuronen points out that already 18 evenings devoted to the art of an individual instrument are in place.  Steve C. Chiu, for instance, will demonstrate the Chine Erhu Fiddle on February 6th.  Would developing educational tools now at hand encourage Maestro Nelsons to come to Boston if that is what Boston wants?

Nelsons encourages young audiences in Birmingham with family programs.  Just weeks ago scanning audiences in Switzerland, Germany and France, family groups were liberally scattered over concert and opera halls.  The tiny Denver Philharmonic successfully fills this mission, critical for the future of music, by providing ‘crying rooms,’ for young people who can’t stay the course and also providing discount family tickets.  The absence of young people is striking in most US audiences, because the vacuum this creates so desperately needs to be filled if classical music is to have its rightful place in our culture.

Observers note Nelsons’ ambition to be sure, but also his modesty.  He is a listener, which may be the mark of a great musician.  He does not assume he knows everything.  Having sat at the knee of Mariss Jansons, his Latvian mentor, he has learned that there is much to learn.  This humility appeals not only to audiences, but also to the musicians he conducts.  It suggests that he may be poised to solve some of the problems of classical music in the modern era.  While the New York Times sounded like an ex-wife who found her place in bed filled far too quickly, others found the Nelsons impromptu debut with the BSO last spring full of brilliant promise.

We note all of this because Nelsons is the one conductor besides John Williams, who is not in the succession line, scheduled for Tanglewood’s 75th anniversary celebration on July 14th.