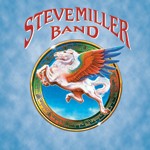 The logo of the perennial Steve Miller Band. 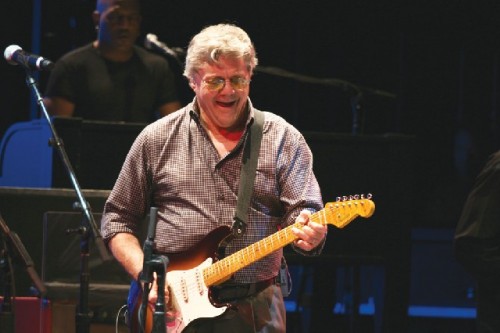 Rocker Steve Miller is coming to Tanglewood this summer.

The NPR broadcasts reach an audience more than 3 million listeners.

The Steve Miller Band and the radio program Wait Wait…Don’t Tell Me! join the 2013 Tanglewood line-up. Known for hits such as “Take the Money and Run,” “The Joker,” and other staples of classic rock radio, The Steve Miller Band will perform on July 29 in the Shed at 7 p.m. Tanglewood visitors will also have the opportunity to enjoy a live presentation of the witty and fast-paced radio program Wait Wait… Don’t Tell Me! in the Shed on Thursday, August 29. This 8 p.m. performance will be recorded for broadcast to its weekly audience of 3.2 million weekly listeners on more than 600 NPR stations nationwide. Tickets for both performances go on sale to the public on Tuesday, February 19.

THE STEVE MILLER BAND
One of rock music’s all-time greats, The Steve Miller Band has sold more than 30 million records in a career spanning more than 40 years. Known for recording some of the most-played songs on classic rock radio including “The Joker,” “Take the Money and Run,” and “Fly Like an Eagle,” Steve Miller is an artist still at the peak of his powers, and in demand at venues around the world. In 2012, Miller’s European tour was highlighted by a critically-acclaimed performance at Roundhouse, and before that, he headlined “Austin City Limits” in 2011 and collaborated with country-superstar Kenny Chesney in 2010. The Steve Miller Band continues their busy touring schedule with upcoming concerts in New Zealand and Australia in 2013. After an eighteen-year break, Miller released two albums recently— the number one blues album “Bingo” (2010) and “Let Your Hair Down” (2011).

WAIT WAIT…DON’T TELL ME!
Hosted by Peter Sagal, the Peabody Award-winning, radio quiz show offers a fast-paced, irreverent look at the week’s news. Listeners call into the show from around the country to answer quirky quiz questions, presented by Mr. Sagal, a panel of featured humorists, and Official Judge and Scorekeeper Carl Kasell, whose voice on your phone answering machine is offered as a prize. Frequent panelists include authors P.J. O’Rourke and Roy Blount, Jr., comedians including Mo Rocca and Paula Poundstone, and figures from the media world including former Boston Globe writer Charles P. Pierce. Based out of Chicago, IL on WBEZ the show has a weekly audience of 3.2 million listeners on more than 600 NPR member stations nationwide, and surpassed one million podcast downloads monthly. Its audience has grown in nearly every ratings period since its premiere in January 1998.