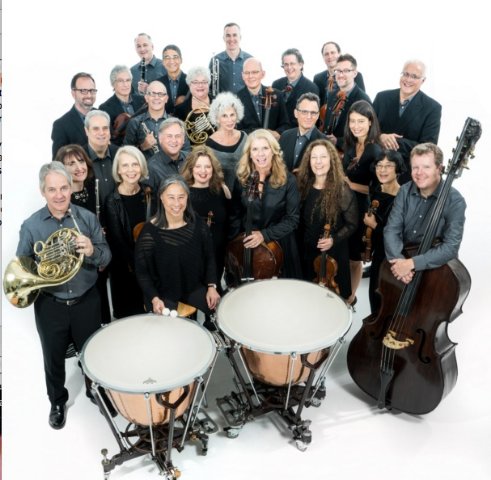 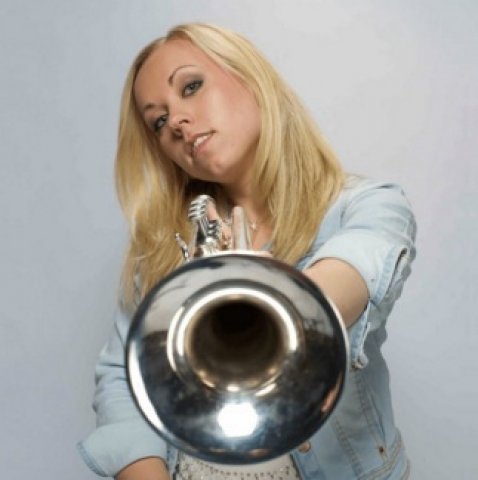 On a dark and frigid night, the Orpheus Chamber Ensemble brightened Carnegie Hall with its often standing up and always standing out performance of Haydn and Mozart.

The program opened with a brief Rossinni overture, in which bows beating metal music stands are used as accents. The smiles this device incites remained throughout the evening.

Tine Thing Helseth, a trumpeter, led the ensemble in Albioni’s Concerto written originally for the oboe.  As the great French trumpeter, Maurice André, developed a classical repertoire for his instrument of choice, Albinoni was a composer he looked to.

Helseth plays this piece as a soprano might sing an aria. Her lovely phrasing was achieved on an instrument that was once valveless but even with valves is a challenge on which to relate phrases. From her instrument, she drew forth phrase after phrase shaped for meaning and beauty.

Helseth’s debut on the Carnegie main stage was a smashing success. We had heard her with her ten member female brass band at the Sweden House and have kept our eyes out for this bold and lovely performer ever since.

J.S. Bach lived at the same time as Vivaldi, but it was Vivaldi who developed the concerto form.  Helseth picks up the elegance, dancing and pulsing rhythms of his version, which was transcribed for organ and trumpet by a German composer and then reconfigured for strings and trumpet by Jarle Stolokken under Helseth's guidance.

Helseth, who has a lovely voice, sang, her encore.

In the second part of the evening, we returned for a little night music, Haydn's Nottorno.  Big movements and sounds shone as the flute and oboe entranced in solo moments.

To conclude the evening, Orpheus played Mozart's dramatic Symphony No. 40.  All the urgency of the piece was conveyed.  When there is quiet, there is often a lack of resolution which disturbs.

This was an especially pleasant evening at Carnegie. The collegiality of the performers, soloist and the group, and the group among themselves, stands out. Of course in chamber music, conversation is all. With Orpheus, many of whose members stand and deliver, there is particular pleasure in the visual. Different groups of instruments are close to each other, giving the sense of a cluster of instruments and notes. Carnegie Hall is a perfect place to pick up this detail.