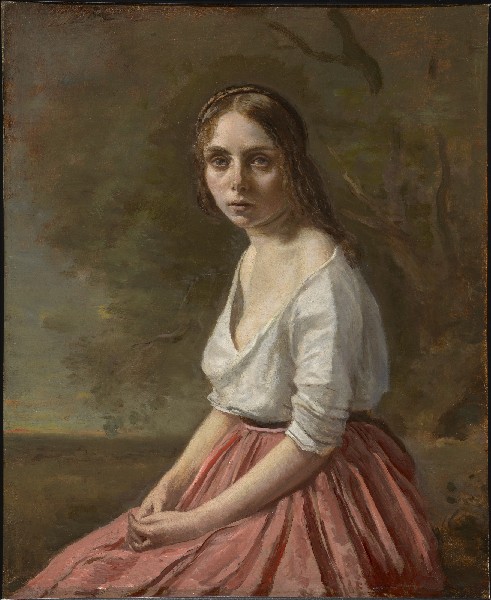 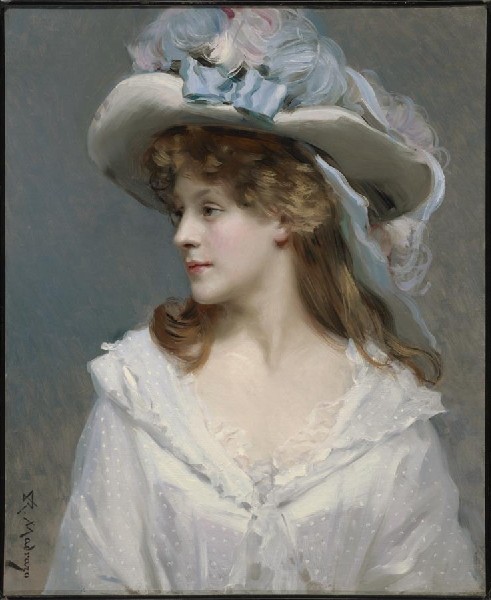 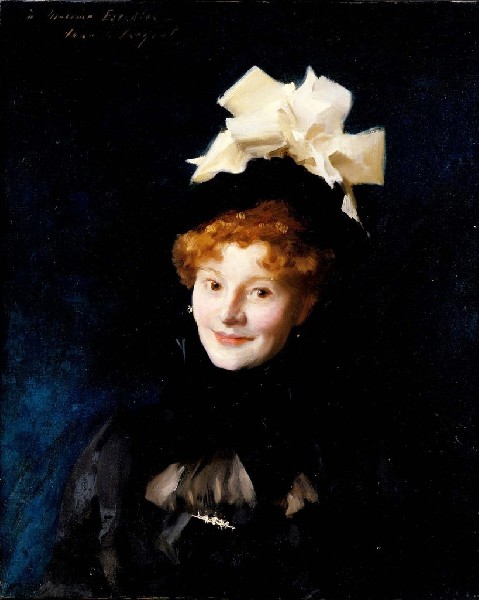 The Sterling and Francine Clark Art Institute presents In/Visible: Women of Two Worlds, the second exhibition created through its interactive uCurate program. In/Visible, an intriguing look at the worlds of women, was created by clergywoman Ashley Smith of Stephentown, New York and is on view through March 10.

The exhibition considers the different worlds and experiences of many of the women featured in works from the Clark’s permanent collection. One world is comprised of women of wealth and leisure who are dressed and prepared to be seen and admired; they have sought out the painter’s eye and are ready for the eye of the beholder. The other world is made up of more typically “invisible” women—washerwomen, fisherwomen, women who are servants, women who are performers and thus seen to make a living, and women whose status is unknown but who appear worn down by life. The exhibition features works by Jean-Baptiste-Camille Corot, John Singer Sargent, and Raimundo de Madrazo y Garreta, among others.

“The Clark is pleased to welcome Ashley Smith as our second uCurate curator,” said Clark director Michael Conforti. “Her thoughtful examination of clues and suggestions of socio-economic differences displayed in images from the Clark’s collection and her careful juxtapositions and pairings of images will give visitors much to consider.”

Clark Remix, an installation of some 400 works from the Clark’s permanent collection, opened in 2012. It is supplemented by two digital applications, uCurate and uExplore. The uExplore application features detailed content on each work in the Remix gallery, while uCurate is an interactive program that invites users to design their own installations for a Clark gallery, using works featured in the Remix exhibition. In launching the program, the Clark announced plans to select three uCurate submissions for future installation in its exhibition galleries.

Smith's submission was one of more than 1,000 uCurate exhibitions received to date. The Clark's curatorial team made the selection after reviewing all of the entries and was particularly impressed with the thoughtful way in which Smith pursued clues and suggestions of socioeconomic differences found in the images selected from the collection. Her observations provide a very different perspective on many of the paintings in the collection, convincing the curators that Smith's exhibition will provoke new thinking about the works.

Smith found herself drawn by the compelling gaze of Jean-Baptiste-Camille Corot’s Young Woman in a Pink Skirt during a visit to the Clark’s uCurate gallery. The painting became the centerpiece of In/Visible. “She looked out of the painting as if desperate for someone to notice her and see that she was there,” Smith says. “Looking at the contrast between her poor appearance and the wealthy appearance of the women in the paintings around her, I started to wonder about the difference in their lives.”

After finding more examples, Smith decided to create a uCurate exhibition to explore the artistic contrast between women who are wealthy and accustomed to being visible versus women who are often invisible and overlooked. “The woman in Corot’s painting seems at the point of exhaustion, in stark contrast to the images of privileged women who are there to be seen and admired. I wonder if they ever would have noticed Corot’s young woman who stares directly at us, as if imploring someone to see and acknowledge her existence,” says Smith.

As a contrast to Corot’s painting, Smith chose two paintings by Raimundo de Madrazo y Garreta: Woman with a Picnic Basket and Woman in White. “Neither [woman] is named, but both are images of female beauty, luxury, leisure, and ease,” says Smith. “This woman sits outside in silks and satins, dressed in finery to enjoy a picnic. She wears shades of pink and white like Corot's woman, but there the resemblance ends. She looks away while we look at her; not noticing us, she is intended to be noticed.”

Smith grew up in Pittsfield, Massachusetts and first visited the Clark on school field trips as a child. While attending Williams College, she visited the galleries frequently. Among her hobbies are photography and reading.