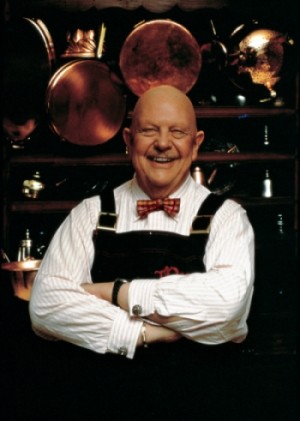 On Friday, March 2, the James Beard Foundation will present “Preserving the Berkshire Harvest,” an evening showcasing the culinary talents and farm-to-table efforts of several of the most innovative chefs of the Berkshires. The foods prepared will have been preserved using time-honored preserving and curing methods with foods raised and harvested in the Berkshire region.

The Berkshire region boasts a culinary movement characterized by a group of sophisticated chefs whose culinary styles are informed by the ever-changing bounty of New England’s seasons and the spirit of collaboration that pervades this close-knit group of farmers, producers and chefs.

There is a distinctive body of work being produced by Berkshire chefs through the crafts of charcuterie and butchery in addition to the preservation of fruits and vegetables. Many of the chefs participating in the March James Beard Dinner butcher whole animals raised on local sustainable farms and smoke hams, cure meats and prepare sausages, salami and other charcuterie as part of their culinary practice dedicated to the local food movement. The dinner on March 2 will feature a wide range of cured, dried and pickled meats including lardo, pickled pig’s feet, porchetta de testa, hickory-smoked jowl, lamb’cetta and crispy pig ear.

The unique culinary culture of the Berkshires has been shaped by an historical farming culture of dairy, orchards and raising animals on pasture -- the county’s biggest “crop,” contributing to the year-round sustainability of the region’s farms. The Berkshires are known for rolling hills and fertile valleys; there are over 66,000 acres of farmland in Berkshire County, Mass.

Organized by Brian J. Alberg, Executive Chef and Food & Beverage Director at The Red Lion Inn in Stockbridge, this is the third event by a group of like-minded Berkshire chefs to present the multifaceted culinary artisanship of the region in a venue with the mission “to celebrate, preserve, and nurture America’s culinary heritage and diversity.” Alberg has been instrumental in galvanizing a Berkshire culinary movement – as a chef supporting local farms, as a farmer raising his own heritage breed pigs (Berkshire, Tamworth and Old Spot) at his Bacon on the Side Farm, as a mentor for youth interested in culinary arts and as President of Berkshire Grown’s Board of Trustees. This dinner marks Alberg’s ninth appearance at the Beard House.

According to Alberg, “The food culture of Berkshires has been embracing preservation long before the farm-to-table movement became a national story. Here in New England, maintaining and creating nutritional value, texture and flavor, have been imperative to extending our limited growing season. This dinner celebrates our time-honored tradition of preservation and pays homage to the farmer, producer and grower, as well as to the animal itself.”

Live at the James Beard House

The evening begins at 7 p.m. with a reception in the Beard House’s charming Greenhouse Gallery as guests enjoy an assortment of hors d’oeuvres. A seated tasting menu begins around 8 p.m. The James Beard House is located at 167 West 12th Street. The price is $130 per person for James Beard Foundation members and $170 per person for the general public. For reservations, please call 212.627.2308 or visit http://jamesbeard.org/index.php?q=events_beardhouse_030212Beginning at noon on Friday, March 2, a team from The Red Lion Inn and Berkshire Farm & Table will be streaming live behind-the-scenes coverage of Berkshire chefs in the James Beard kitchen. The live coverage offers fans a backstage pass to this prestigious event. Last year’s Berkshire dinner – The Whole Berkshire Hog – was the first time live streaming of dinner prep had taken place from the James Beard House. This year, media coverage will include blog posts, YouTube, Facebook and Twitter updates for up-to-the-minute storytelling as it takes place on-site in New York.

A charter member of Historic Hotels of America and winner of the Wine Spectator award for excellence, The Red Lion Inn (c. 1773) has been providing food and lodging to guests for over two centuries. It offers 108 antique-filled rooms and suites, formal and casual dining, a gift shop, pub with nightly entertainment and a full range of amenities including free WiFi, a year-round heated outdoor pool and in-room massage therapy. The Inn is recommended by National Geographic Traveler, The New York Times and The Boston Globe and has won awards and been noted for its commitment to sustainability.  For more information, contact 413-298-5545, or visit www.redlioninn.com