A Very Hungry Caterpillar on Broadway 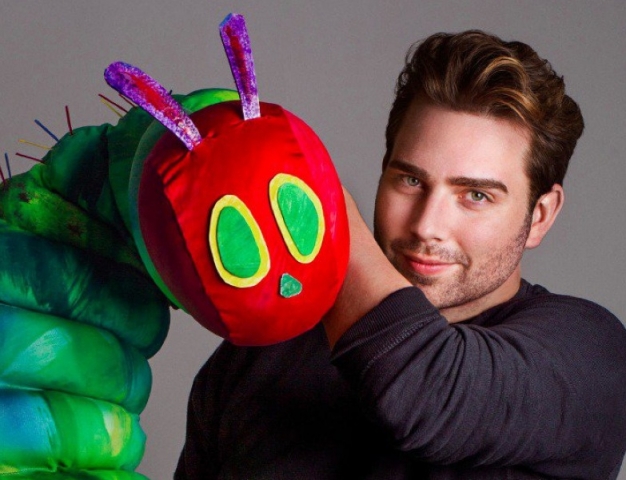 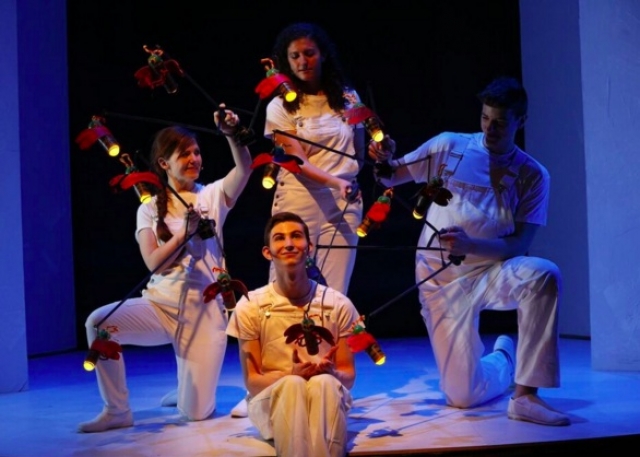 Jake Bazel backed by Kayla Prestel, Ariel Lauryn, Weston Long with their fireflies. All the actors brought their special skills to storyteling. 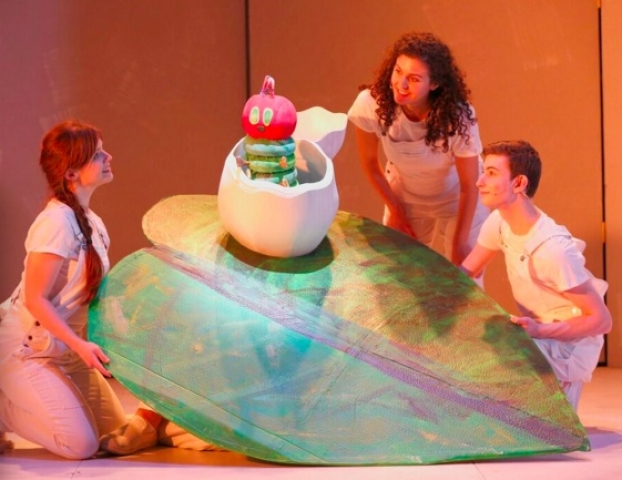 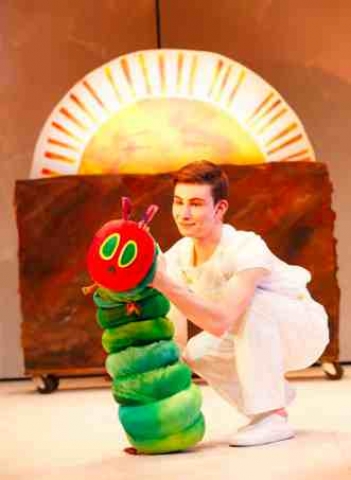 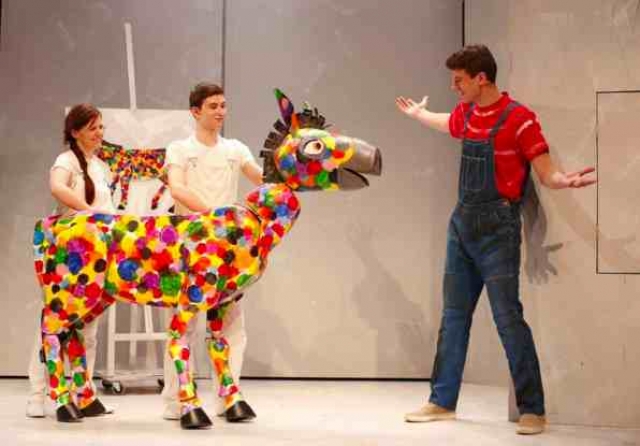 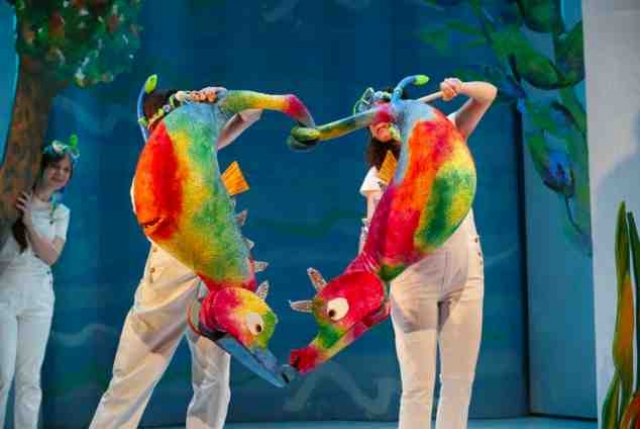 Ariel Lauryn looks on as Mr. and Mrs. Seahorse Kiss 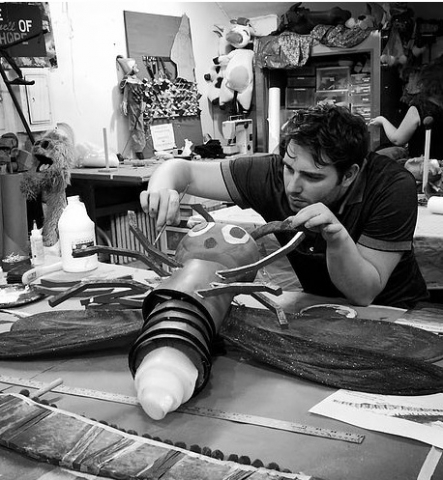 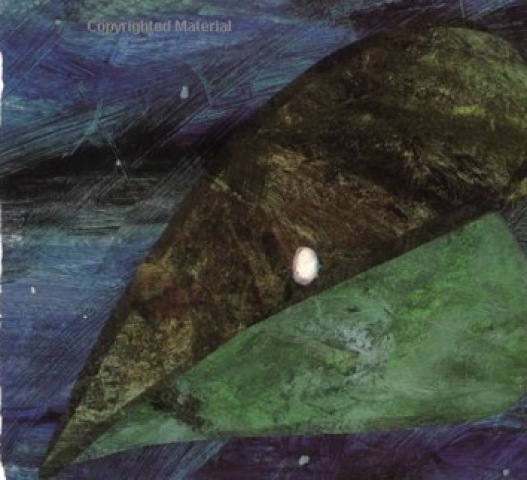 A caterpillar egg in the light of the moon. 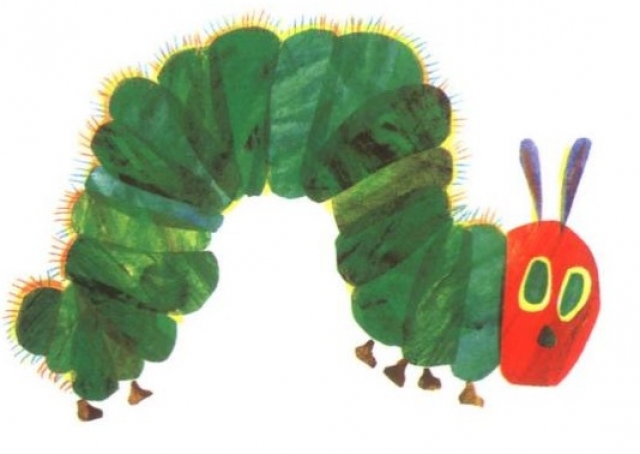 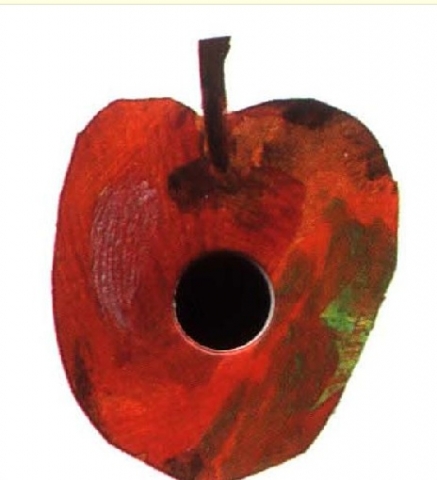 The bite into an apple. 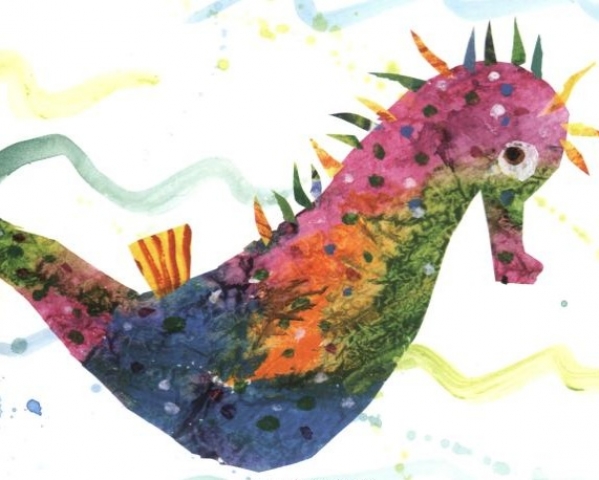 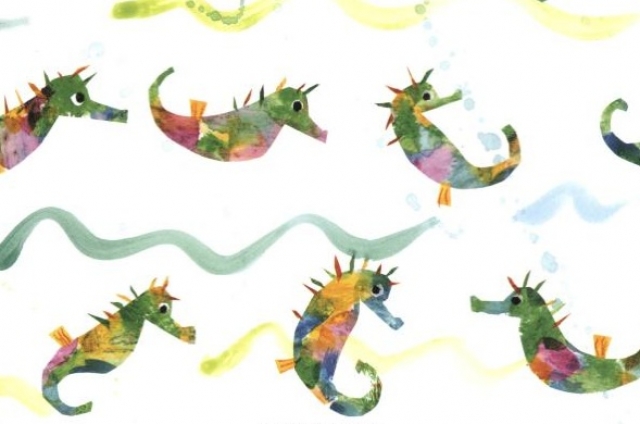 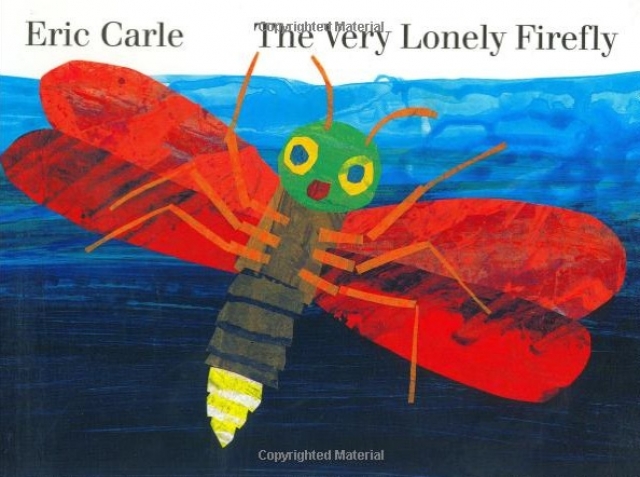 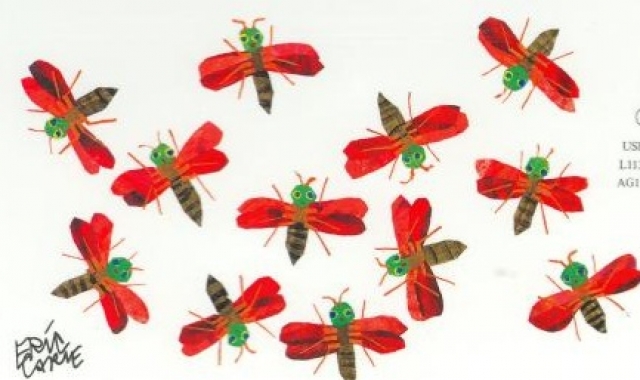 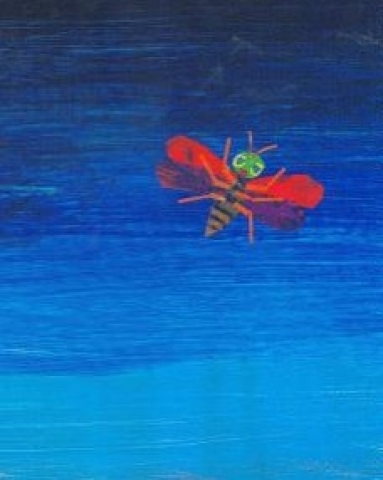 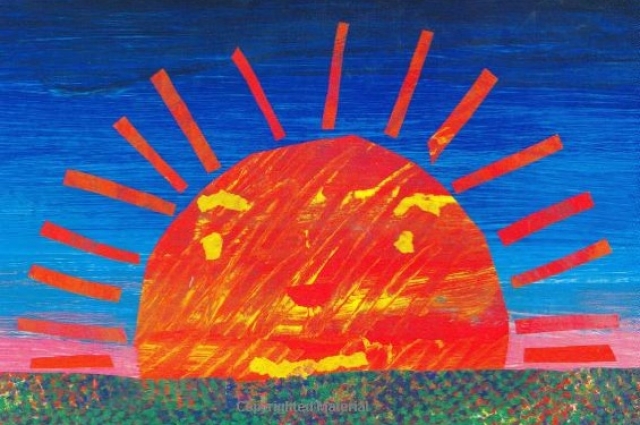 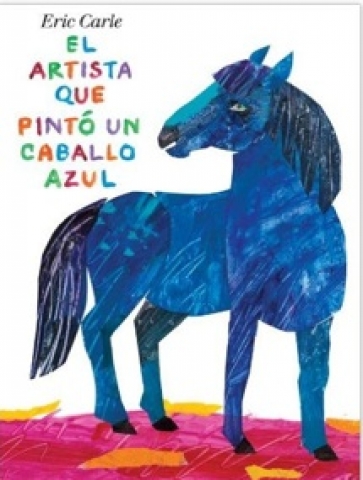 Carle in his blue horse period.

Created by: Jonathan Rockefeller - Based on the books by Eric Carle

The Very Hungry Caterpillar created by Eric Carle is a wonderful picture book. Originally published in 1969, a copy of the book is sold every minute. It is one of the few picture books that appear on lists of the world’s great books. The Carle Museum of Picture Book Art is located in Amherst, Mass, and the artist moves to the Berkshire hills for the summer.

Carle was inspired by a hole puncher. Carle started with a bookworm, but an editor suggested that a caterpillar would be more sympathetic.  Rockefeller uses the holes punched by the caterpillar's bites to pop the satisfied caterpillar's head into view from the back of the fruit.

A puppet show based on the book is now at the 47th Street Theatre in New York, a charming rendition of four of Carle's books, told by actors who also manipulate Jonathan Rockefeller's puppet creations.

The first is an extended treatment of Carle's riff on color, where we see a blue elephant, a yellow cow and a purple rabbit among other intriguing creatures. On to seahorses and then the beloved firefly, born alone and yearning for companionship, passing a lantern, a flashlight, and other flickering lights before he finally discovers the light he needs, his fellow fireflies.

The shapes of the puppets are like the hard outlines of the collage style that Carle often uses. The egg from which a caterpillar will emerge is not the perfect oval, but a geometrically shaped white object. The apple, plum, and other pieces of fruit are eaten and then the caterpillar extends his taste to cake, ice cream and other delicious temptations.  He gets a stomach ache.

On recovery he spins himself into a cocoon, from which he will emerge as a butterfly with gorgeously colored wings. The audience gasps. The Royal Entomological Society has endorsed the book although the story is not scientifically accurate.

A coloring book based on the book offers would-be artists young and old a chance for their own inventions. The Academy of Pediatricians offers the book as an eating guide for children and parents alike!

And, Jonathan Rockefeller's theater piece is surely the most charming version of this classic book.