The Big Dig Out 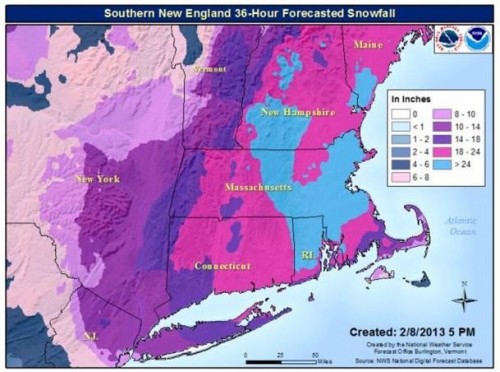 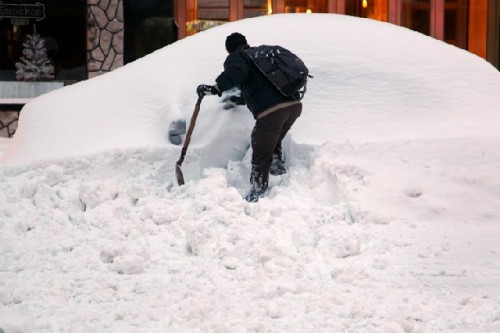 The car is under that mound of snow and ice. 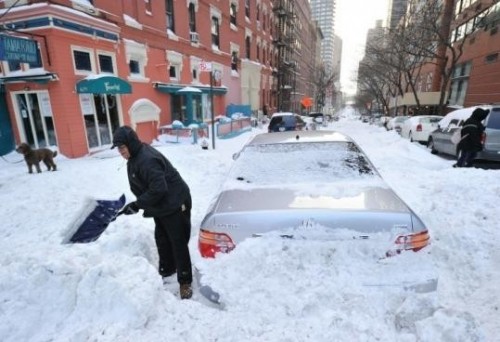 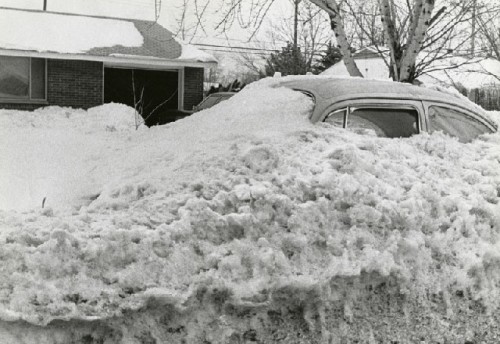 Leave it till spring. 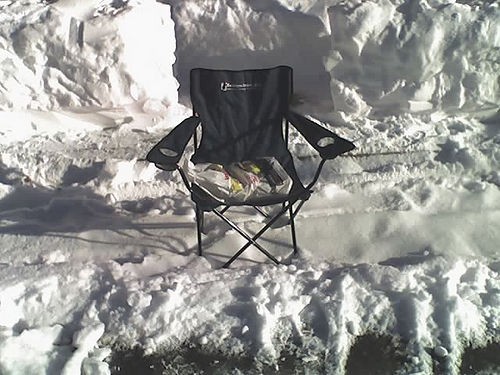 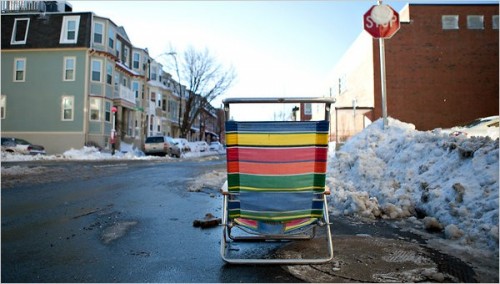 Chairs remains long after the snow is gone. 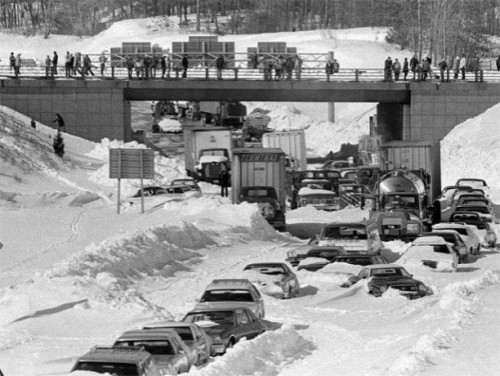 The Mass Pike during the Blizzard of ’ 78. 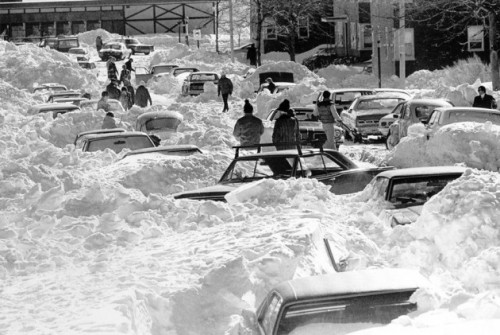 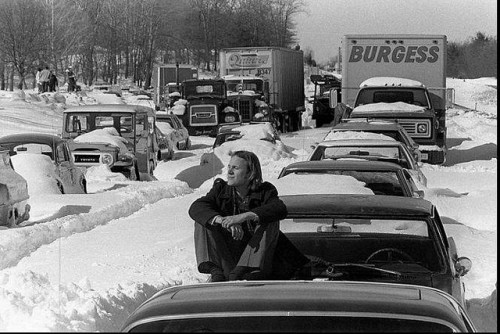 Blizzards bring out the mean streets in folks.

Looking at the news this morning I felt for our former neighbors on Webster Street in East Boston.

Here in the Berkshires the storm, rated sixth on the all time list, was mostly a blow hard and dust up.

The parking lot of our loft complex is plowed so we just have to brush off snow, manicure a bit here and there, then slam out of our space.

During our Eastie years? Oi vey!

If you managed to find some kids with shovels it could cost a hundred bucks to dig out our cars.

After shoveling Astrid made hot chocolate.

We both had brutal evening commutes.

The protocol is that you put a lawn chair in your spot and pray for the best.

Arriving home late at night fat chance that your parking spot is empty.

If someone takes your spot, well, fuggedahout it.

Take their spot and risk slashed tires or a smashed windshield.

A week can pass before you risk a run for groceries.

In Southie, where they double and triple park, mess with the locals and Whitey’s pals will toss your remains in a dumpster.

Our block on Webster Street had an amazing number of “handicapped” parking permits.

Often granted to grandma in the attic who passed away decades ago.

In Boston a bad cough gets you a handicap permit if you know somebody who knows somebody.

It’s part of the kulcha.

A few years ago Mayor Menino said “enough is enough.”

The rule was you could keep your chair out for a couple of days. After that city trucks were ordered to pick up the junk. It’s amazing the crap people put out to mark their spaces.

Even during the summer.

During August in Eastie, after circling the block like ten times, I confronted a wise guy.

“Hey I don’t see any snow” I said looking at the cones marking the space in front of his house.

On TV last night they interviewed a guy who hiked from the North End to bar hop in Copley Square.

The reporter asked if he had seen snow like that before.

Kids. What do they know.

I was living on University Row in Cambridge.

AKA "The Murder Building."

Steve and Jan hiked from Comm Ave and another friend came by skis.

Comm Ave. and the Mass Pike were automobile graveyards.

Governor Dukakis blew the call and it took the National Guard days to dig out stranded cars.

People may be pissed, but compared to Dukakis, Governor Patrick made the right call.

But, hey, trust me. Stay the heck outah Southie.