Outside Mullingar by John Patrick Shanley 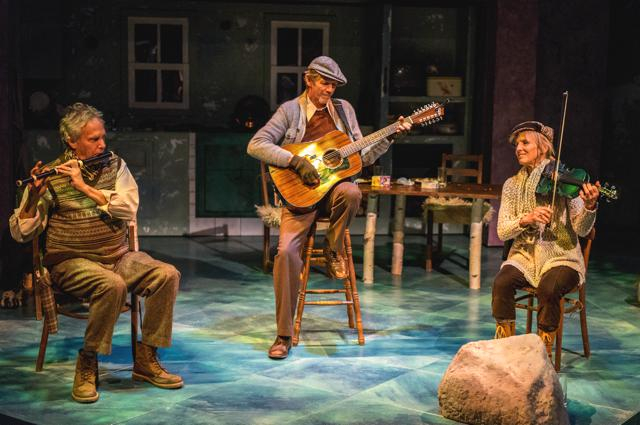 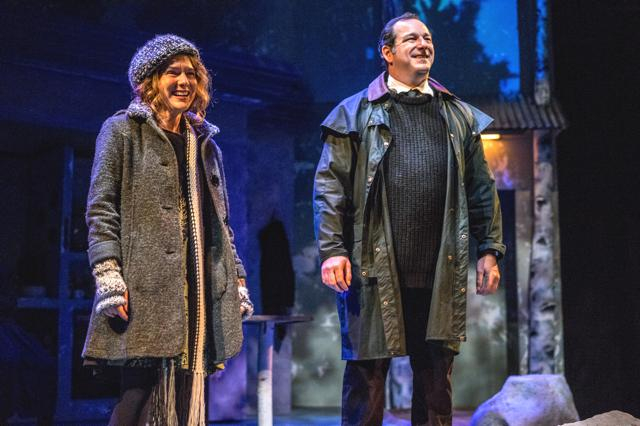 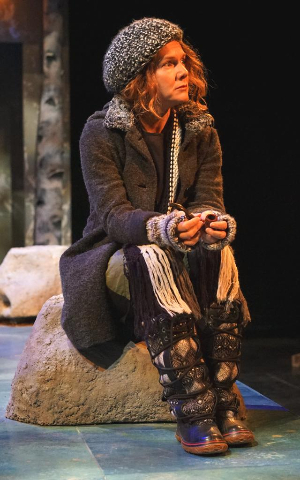 The Irish are known for being great storytellers. The bigger the tale the better the story. In America today one of the best practitioners of Irish wit and comedy is the colorful New York-born writer John Patrick Shanley.

The Academy Award-winning screenwriter of “Moon Struck” and the Tony-winning playwright of “Doubt: A Parable”, Shanley, also won the 2005 Pulitzer Prize for Drama, along with a slew of awards; all for “Doubt”. Toiling for years off-Broadway, Shanley has now zoomed to the top tier of much-in-demand playwrights and screenwriters. His latest theatrical effort is the romantic comedy “Outside Mullingar”, which takes place in rural Ireland.

Which brings us to the marvelously acted comedy production now onstage in the Lyceum Space at Horton Plaza. Deftly directed by REP Associate Artistic Director. Todd Salovey, “Outside Mullingar”, is both tender and hilarious when performed in that lilting Celtic accent.

Shanley’s clever blending of the wit of Oscar Wilde and the whimsy of George Bernard Shaw in the telling of the charming tale of the courtship of Anthony Reilly (Manny Fernandes) and Rosemary Muldoon (Carla Harting), under the watchful eyes of their parents Aoife Muldoon (Ellen Crawford) and Tony Reilly (Mike Genovese), becomes a comedy gem of a production.

The play set in a cattle and sheep farm in the Midlands of Ireland, centers around two farmers, Anthony and Rosemary, who live next to each other. Rosemary has been romantically interested in Anthony all of her life. Anthony, however, is painfully shy, and unaware of Rosemary’s feelings. He doesn’t care for the life of a farmer and his father, Tony, plans to leave the farm to a nephew. But plans in life often change.

Anthony (Fernandes) and Rosemary (Harting) are forty-somethings approaching middle age. Their respective parents Aoife, Rosemary’s mother and Tony, Anthony father, are waiting for the miracle of romance and love to finally envelope the ‘youngsters’.

When a playwright gives a talented cast of Equity professionals a great script, the collaboration becomes an enjoyable evening at the theatre for both audience and actors. This comedy gem stars four talented actors who, when they find themselves onstage in a comedy, know exactly what to do. Crawford and Genovese are marvelous as the older pair who have great onstage chemistry and comedy timing in their scenes. One cannot teach timing. Either you have it or you don’t. They have it in spades.

Fernandes and Harting (he’s tall, she’s dainty) are a perfect match. The scene when Rosemary finally makes her ‘move’, revealing her longstanding crush on Anthony and his shy, almost squirming manner when hearing it, is a sublime comedy moment. What follows it is even better. It’s a deliciously crafted play that send out hilarious Irish-style zingers that hit the mark. However, one doesn’t have to be Irish to appreciate the comedy. It’s universal in its appeal.

Director Salovey brings many nice directorial touches to this production. The decision to use a trio of musicians as a way to warm-up the audience with Irish songs is a winner thanks to the talents of Jim Mooney, Alicia Previn, and Richard Tibbits. Also the projection designs to portray the time changes – the action covers a time period of six years – is nicely done.

This highly entertaining San Diego Rep Theatre comedy production is performed without an intermission. The ninety minute running time at the Lyceum Theatre in Horton Plaza just zipps along. “Outside Mullingar” performs through February 14, 2016.