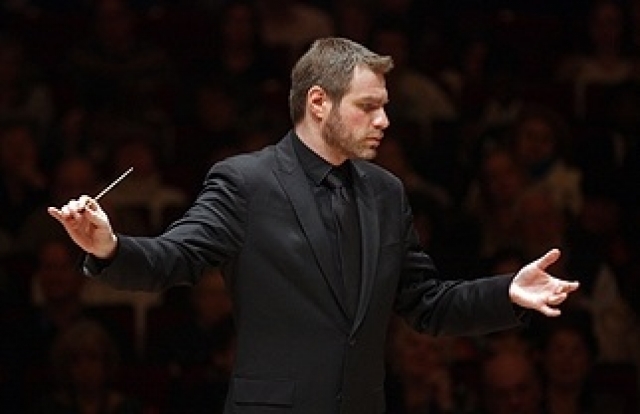 The Pathetique Symphony was used as theme music in Road to Life on old-time sudsy radio. Schmaltz is easy to extract from the music. Indulgent emotions can direct the piece.

This was not the composer Tchaikovsky’s intention. Intention is made clear in the wide variety of tempi and dynamic markings.   Taking the podium, Gersen kept everything in order. He shone in the Third Movement, where successive upbeats and downbeats, difficult to execute, were crisply delivered. In this movement, Gersen clearly had made the music his own, and we can anticipate his emergence soon as one of those conductors who can so internalize the score that his gestures are on a small scale. Orchestra performers have to pay more attention and listen more carefully. The result is the Bychkov sound, which Gersen achieved in the march rhythms and the fake finale of the movement.

The final Adagio, dark and full of feeling, was gorgeous, but more of an uplift than a requiem. Wallowing is not the young conductor’s style. Scholars still debate the relationship of this movement to Tchaikovsky's death shortly after writing it.  This performance suggests that the composer had a happier landing than many speculate.

The double basses, with whose role the composer experimented, were superb, at time growling and always keeping the beat.

Tchaikovsky has a wonderful way of playing with the top and bottom of the music as it moves along. The strings are conventionally on top, but also provide underpinning for the brass and woodwinds.

Eighteen times the composer placed a quarter note tied to an eighth in a way that is seldom honored. Gersen did. The effect is a leap off the note, and a slight jaunty rhythm which is surely what the composer intended and is delightful, even if it only subliminally enters the ear.  Gunther Schuller has written that Tchaikovsky’s "tidiness of thought and intellectual precision is at the heart of his work. We hear discipline, refinement and a discriminating intelligence.”

Gersen was able to go from extreme quiet to extreme loudness, and so to offer a wide range of dynamics in the middle. Opening the finale with voice crossings in the strings gave a pliancy and nobility.

The program began with Francesca da Rimini, a symphonic fantasy. The music seemed more likely to have been composed in 1976 than in 1876. Buzzing strings, dissonance and mixed instrumental textures are thoroughly modern. Yet the story is eternal: a woman falls in love with her husband’s brother and descends to hell. Tchaikovsky adopted this as program music from Dante.   The whirlwind which sweeps up the musical story prepares us for a similar whirlwind in the fourth movement of the Pathetique, which flies through it and then “down, down, the horns with the oboes and bassoons.”

The New York Philharmonic’s celebration of the composer resurrects him as an heir to Mozart, his favorite composer. Tchaikovsky loved Mozart’s innocence, his joy and his spiritual musicality. The Philharmonic has shown us how rightful an heir the composer is.   Bychkov and now Gersen help us on this path.