A Stunning Production at the Academy of Music 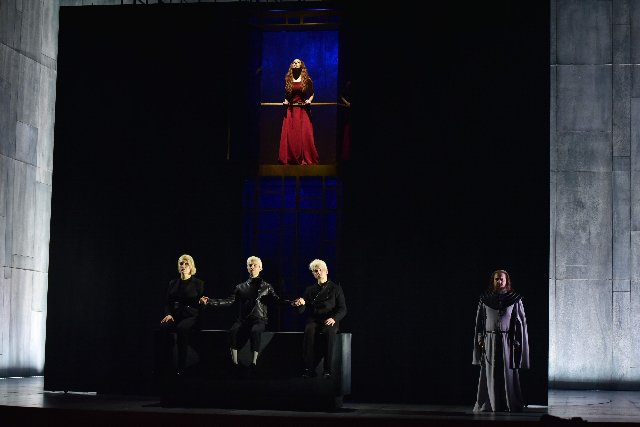 Written on the Skin by George Benjamin at Opera Philadelphia 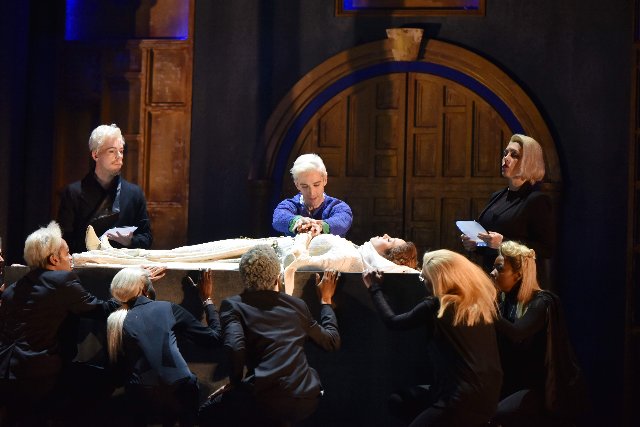 Singer sprawled on casket like surfaces abound in the opera. 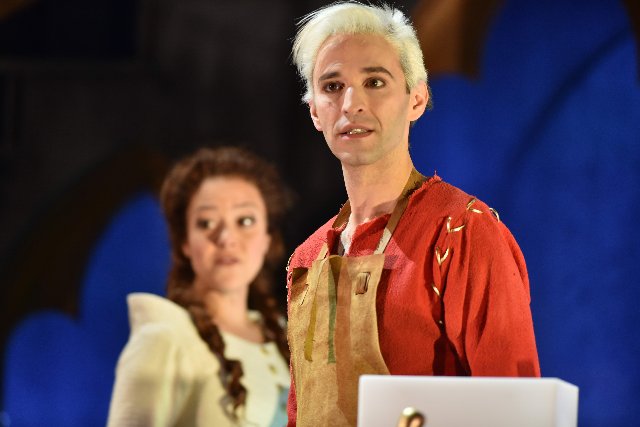 Lauren Snouffer and Anthony Roth Constanzo move toward each other, and away, in this searing drama. 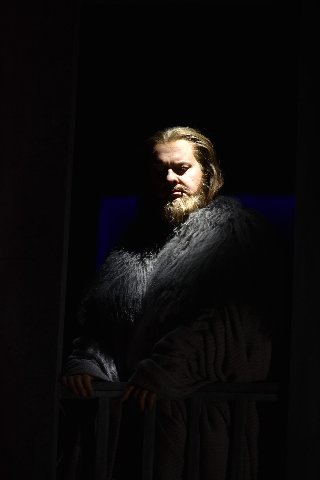 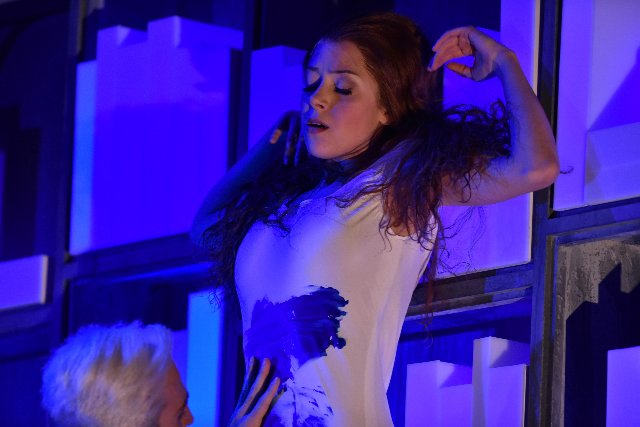 Colors of the orchestra are enhanced by lighting on stage. This sexual moment is suggested up to the moment of action, when the stage goes black. 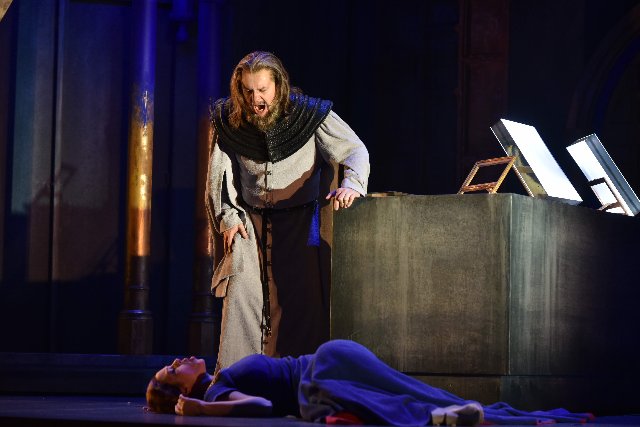 The Protector is having trouble controlling his wife. He dominates her with increasing cruelty. 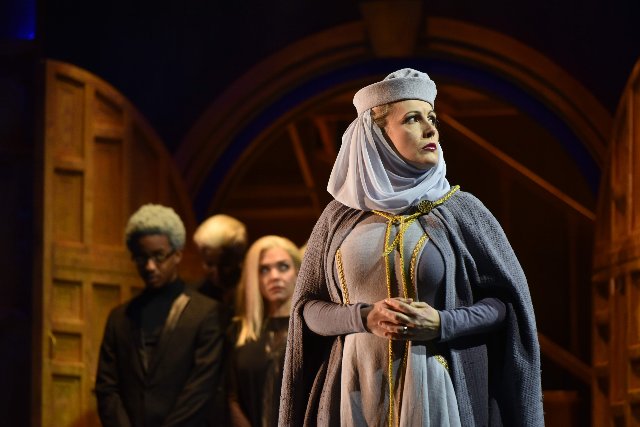 The tall grey walls which harbor the rotating rooms of a medieval manor are striking.  They contain the action in the manor and offer opportunities for hide and seek.

The Lord is known here as The Protector.  Oddly in this medieval time, one of the King's services to the Lord was protection.  The use of this word is one of the deliciously ambiguous elements of George Benjamin's opera, Written on the Skin, which has arrived in the US in Opera Philadelphia. We were mesmerized by an imported production at the Mostly Mozart Festival in 2015.

Mark Stone sings the Protector.  For the first time, not only is the character obsessive and unnerving, but there is just below the surface, in Stone's moving baritone, a softer side, which suggests that, although he should not be moved, he can be.  This suggestion helps to understand the classic love triangle which is the heart of the opera.

His young wife Agnes is beautiful.  She is also anguished.  Lauren Snouffer, an important soprano on the world opera scene, knows this role well. She understudied Barbara Hannigan (for whom the role was created) from the start and sometimes has stepped in for her. Clearly she has made the part her own, reaching up to those top notes at the very height of her range, full of anger and a plea for understanding too.

In this production, although the singers talk about 'control' being the issue, a clearly feminist concern erupts.  Whether or not the Protector and his wife have a sexual relationship, their bond is one of older man and child.  The Protector likes it this way.  His wife wants him to know that she is a grown woman.  He won't acknowledge it.  In fact, at the climax, he insists that Agnes admit that she is eating at the dinner table because he has ordered her to.  A child-like obedience is the stake.

Anthony Roth Constanzo sings The Boy.  A new spokesperson for opera, Constanzo walks the walk and sings the song.  He is a superb actor.  His countertenor is a pure line.  In a difficult, subtle move he imitates the Protector's voice, becoming the Protector as he also takes his wife on.

This opera adopts a strange conception: the singers often refer to themselves in the third person.  The librettist has said that since people walking around singing is an unnatural and weird idea to begin with, why not take it to one more remove.  The disconcertion is tantalizing.  Yet not quite enough is made by the music and words to distinguish between the 'referral' and the 'being' of a character.

The set creates a drama.  In earlier productions, it was conceived as the two-story, four-room vertical box in which multiple actions are taking place. We are now by and large in focus on one action after another, under the shadow of the tall grey walls. This intensifies the mystery and enhances the other-worldly quality of the opera.

The story is literally of another world, a thousand years ago.  Yet the characters are very much in our now.  The spiral staircase Agnes mounts to her quarters is covered by a striking cage.  The lit light boxes in blue and red convey the mystery and excitement of The Boy's work, creating medieval illuminated manuscripts. Even in his world, there is a play between image and word.

Some important words are held very long, and in bold emphasis.  Rhythms are built by meaning.  They are often as shocking as the story.

Corrado Rovaris conducted with lucidity.  The many colors Benjamin has written are carefully etched by the orchestra.  Unusual and apt instruments like the mandolin and viola da gamba add to the already rich texture.  The singers speak about the need for a particularly rigorous attention to timing matched with the orchestra's.  Rovaris managed this to the obvious satisfaction of the composer who was in the house for this US premier.

Opera Philadelphia has become a central invitation to new opera, and their second annual festival in the fall is eagerly awaited.