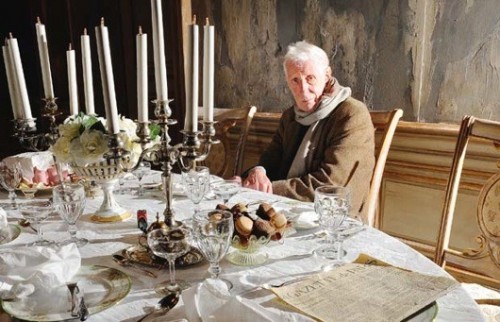 Jonathan Miller at a Traviata table. 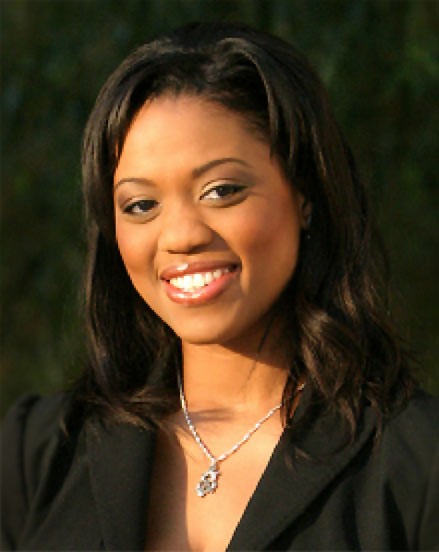 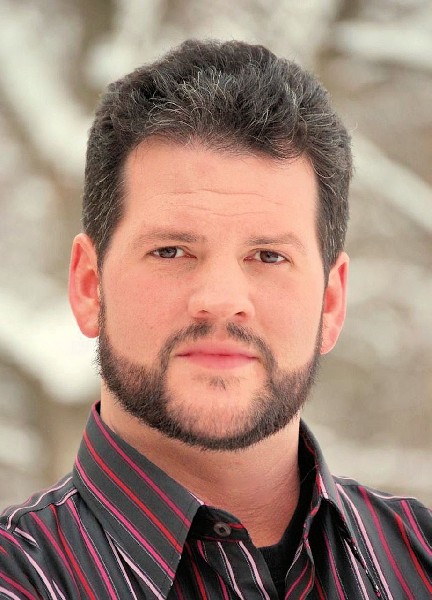 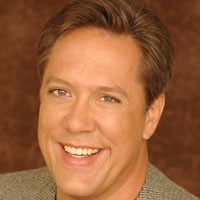 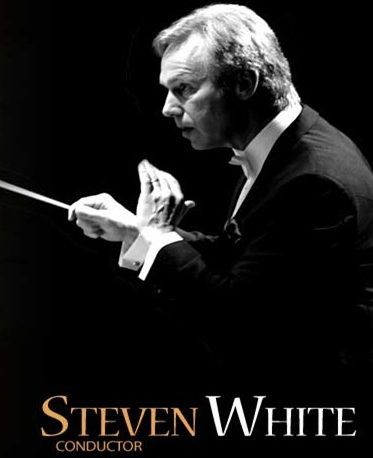 The New York City Opera was welcomed back by a packed house at the Brooklyn Academy of Music.  Home to opera since a 1906 gala in which Geraldine Ferrar and Enrico Caruso were featured, and very much in the center of the Brooklyn renaissance, the Gilman Opera House at BAM seems like just the right place for NYCO to settle.

While this Traviata is not the most adventurous of Jonathan Miller's stagings, it offers plenty to please. Miller created a center space by joining two walls of a room in which the intimate and emotionally charged moments of the opera take place. Doors in the walls are ajar, revealing the outside world where people dance, and visitors come and go. When society impinges on intimate lives, problems like those in La Traviata arise.  As the world constricts in the final scene, Violetta, the fallen woman of the title, dies in the presence of those she loves most, all doors shut to ward off the world.

Under Violetta's bed is a bedpan, reminding us that this is verismo opera.  It was too verismo when first composed by Verdi, who was forced by the censors to push its setting back a hundred and fifty years. Today, a courtesan does not seem so daring, even Mimi Beardsley telling her JFK White House tales is tame. Yet social mores continue to impinge on personal desires and make life difficult. In NYCO's production, the story seems very fresh.

True to its mission, NYCO cast two young singers in the principal roles. Laquita Mitchell sings Violetta.  She made her NYCO debut as Michaela in Carmen and has a beautifully textured voice, which makes you eager to see what she will make of lyric contours and ranging dynamics as she develops.

David Pomeroy debuted as Alfredo. After he warmed up, he sang splendidly, with emotional nuance and detailed revelation. He has a generous voice with a slight spinto edge, taking on Alfredo's journey from passionate lover, to tamed ardor, rejection and then a final acceptance. Pomeroy handled the complex arc masterfully.

As Germont the baritone Stephen Powell brought all the anguish of a father trying to help his children get what they want, while preventing them from self destruction in the process. Powell's voice is rich and full of feeling, ranging comfortably high and low, and all his arias and duets were palpably moving. From "God Gave me a Daughter as Pure as an Angel" to his final embrace of the outsider courtesan, his performance compelled.  As a NYCO stalwart Powell is to be treasured in any role he undertakes.

The orchestra under Stephen White fully realized the drama and the ravishing beauty of the Verdi score, supporting the performers throughout. The chorus and dancers added delightful color, unabashedly showing the draw of Violetta's demimonde party world.

NYCO's BAM season was bolstered by support from the Reed Foundation, Board Chairman Charles Wall and the PeterJay Sharp Foundation, all pitching in to provide $25 tickets. If ticket prices can be kept affordably low and the NYCO mission to present new performers in unusual fare honored, this relationship with the Brooklyn Academy of Arts may well be the beginning of a beautiful friendship.  NYCO is welcome back to its vital place in New York.