Vices and Virtues at Profiles Theatre 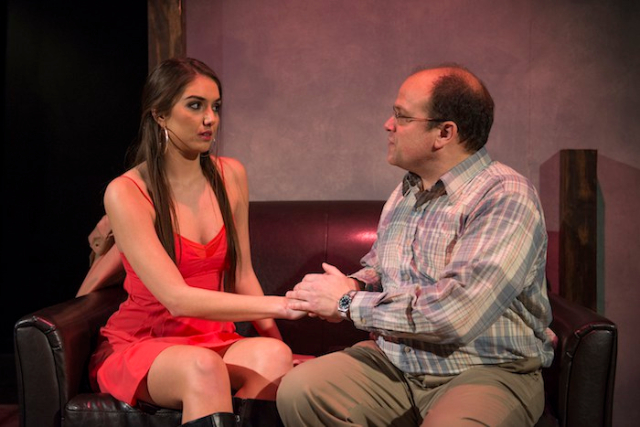 Bass and Silver in “Lovely Head.” Photos by Michael Brosilow. 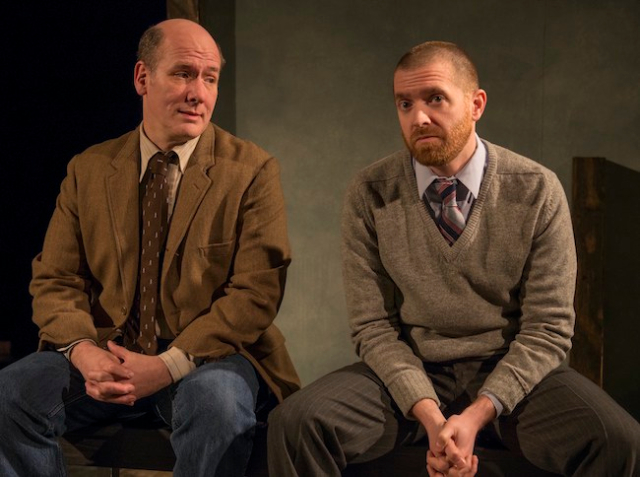 Curtis and Soule in “Mulberry Bush.”

An evening of Vices. An evening of Virtues. That’s how Profiles Theatre describes the collection of 11 short plays by Neil LaBute now being staged at the theater in Buena Park. Each play has its own cast and directors. Amazingly, in this 4.5 total hours of theater over two separate shows, there’s not a dog in the pack. Each play is sharp and memorable. A few will make you gasp, most will provide a laugh or two, and you’ll leave with memories of some remarkable and nasty characters.

You won’t leave skipping with joy, so don’t take your friend who thrives on Wicked and The Sound of Music. This is the kind of dark theater that gives Chicago its rep as a great theater city. Stormy, husky, brawling, remember?

LaBute’s dialogue is fast and perceptive and focused on love, hate, lust, anger and relationships. There’s a Mamet-like feel for the way real people talk. And the 20 actors are superb, with impeccable direction by veterans like Joe Jahraus and Bradley Bartolo and new directors like Scott Wolf and Miles Mabry, both in their professional directorial debuts.

Of the 11 plays, several stand out. My two favorites were Lovely Head, a cautionary morality play, directed by Jahraus and starring Marilyn Bass and Steve Silver. Mulberry Bush portrays a man protecting his family from a man who may have a past, with Tim Curtis and Adam Soule featured. Bartolo directs.

Also excellent is Good luck (in Farsi), in which two beautiful actors wait to audition for the same role. One is best known for her boobs; the other has the advantage of knowing some Persian because of her grandmother. Their conversation captures the competitive nature of two people desperate for success. Sarah Brooks and Sarah Ruggles are excellent in their roles and director Brianne Duncan Fiore manages the sharp timing of the conversation perfectly. My friend and I also liked Happy Hour, the first play in Vices, in which a corporate guy meets a beautiful woman in a club and they spar over how their evening will end. Brennan Roche and Eleni Pappageorge star and Kay Martinovich directs.

The Great War shows a failed marriage and the honesty that bubbles up when both partners admit they really don’t like children (they have two). Jeff Gamlin directs and Elizabeth Birnkrant and Brian Goodman play the spouses. Terrific dialogue and some rueful laughs.

And finally, the Award for Acting While Running goes to Betsy Bowman and Tom McGregor, who both work up a sweat in 10-K, directed by Andrew Root.

The plays are staged in Profiles’ small performance space, with actors moving props and furniture on and off stage for each play. Greg Pinsoneault’s set design is functional and supported by Mike Rathbun’s lighting. Brandon Reed’s sound design weaves scenes and plays together with music.

Vices is made up of five plays and Virtues six. They each run two hours and 15 minutes, including an intermission. In case you’re wondering, the plays in Virtues aren’t any more virtuous than those in Vices; you make up your own mind. You can see them separately or see both the same day on Saturdays at 4 and 8 pm and Sundays at 3 and 7pm. Other performances are Thursday and Friday evenings.