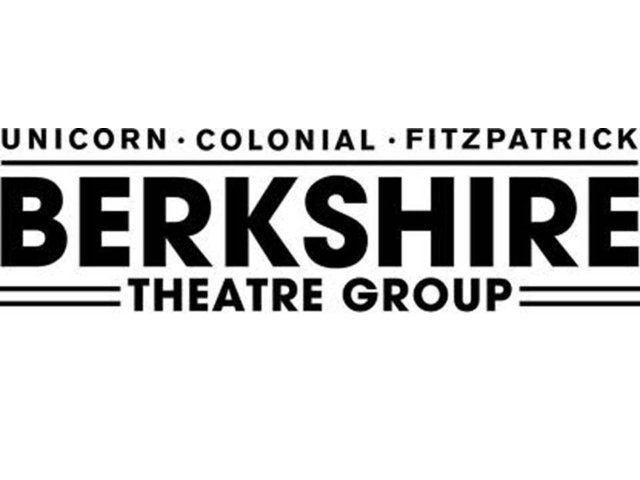 The Berkshire Theatre Group schedule for 2019.


The Skin of Our Teeth
by Wilder
directed by David Auburn

at The Fitzpatrick Main Stage

About:
Winner of the 1943 Pulitzer Prize, this theatrical masterpiece is a wildly entertaining and thought-provoking explosion of time and space. Meet the Antrobus family of contemporary and prehistoric New Jersey as they narrowly escape one disaster after another—dinosaurs, woolly mammoths, the Ice Age, world war, climate change—whether George Antrobus is inventing the alphabet or merely saving the world from apocalypse, he and his formidable family somehow manage to survive.

Written by three-time Pulitzer Prize-Winner Thornton Wilder and directed by Pulitzer Prize and Tony Award-Winner David Auburn (Proof; BTG: The Petrified Forest, Cat on a Hot Tin Roof), The Skin of our Teeth is an optimistic tribute to the invincibility of the human spirit.

What We May Be
by Kathleen Clark
directed by Gregg Edelman

at The Fitzpatrick Main Stage

About:
In this tenderhearted world premiere, a tight-knit group of actors, facing their final performance in their beloved and closing theatre, confront the reality of their relationships to the stage and to each other. Written by Kathleen Clark (BTG: In The Mood) and directed by Tony Award-Nominated Gregg Edelman (Broadway: City of , 1776, Into The Woods; BTG: Coming Back Like A Song!, Arsenic and Old Lace, Constellations), What We May Be is a delightful look at what’s important in life.

The Goat or, Who is Sylvia?
by Edward Albee
directed by Eric Hill

About:
Three-time Pulitzer Prize-Winner Edward Albee’s most provocative, daring, and controversial play since Who's Afraid of Virginia Woolf, The Goat or, Who is Sylvia? won all the major awards for best new play of the year in 2002: Drama , Drama Desk, and Outer Critics Circle.

Martin, a successful architect who has just turned fifty, leads an ostensibly ideal life with his loving wife and teenage son. But when he confides to his best friend that he is also in love with a goat (named Sylvia), he sets in motion events that will destroy his family and leave his life in tatters. Directed by Eric Hill (BTG: Naked, At Home at the Zoo, The Homecoming).

About:
From the Pulitzer, Tony and Oscar Award-Winning author of Doubt and Moonstruck comes a romantic comedy set in rural . Outside Mullingar is the unlikely story of Anthony and Rosemary, two middle-aged farmers who haven’t got a clue when it comes to love. With the years slipping away, these eccentric souls will need to overcome a bitter land feud, family rivalries and their own romantic fears to find happiness. Their journey is heartbreaking, funny and ultimately wonderful. Directed by Karen Allen (Film: Raiders of the Lost Ark, Scrooged; BTG: Frankie and Johnny in the Clair de Lune, Moonchildren, Extremities), this tenderhearted story reminds us it’s never too late to take a chance on love.

from the book by Studs Terkel

with additional contributions by Gordon Greenberg

Based on Studs Terkel's best-selling book of interviews with American workers, Working: A Musical paints a vivid portrait of the men and women that the world so often takes for granted: the schoolteacher, the phone operator, the waitress, the millworker, the mason and the housewife, just to name a few. Nominated for six Tony Awards, this classic has been updated for a modern age, featuring songs by Tony Award-Winning Lin-Manuel Miranda (Hamilton, In the Heights), as well as favorites by Stephen Schwartz (Wicked, Pippin, Godspell), Craig Carnelia and Berkshire beloved and multi Grammy Award-Winner James Taylor.

Directed by James Barry (Broadway: Bloody Bloody Andrew Jackson; BTG: Million Dollar Quartet), Working: A Musical is a timeless musical exploration of 26 people from all walks of life and how people's relationships to their work ultimately reveal key aspects of their humanity.

What The Jews Believe

In association with The American National Theatre

About:
Dave and his family still live in the old home built by his father in rural Central Texas, and they are still the only Jewish family in town. His son Nathan feels isolated attempting to understand the family’s beliefs, while his wife Rachel faces an even greater crisis of faith. Meanwhile, Dave struggles to maintain a sense of normalcy for his searching family. Written and directed by Mark Harelik (The Immigrant; TV: The Big Bang Theory), What the Jews Believe is a poignant story about the loss of faith and the journey to find it.

Opening Night (June 29 at 8pm): All tickets are $75 and include a post-show reception

In the summer of 1954, in a small radio station in , an unknown disc jockey heard the sound that would change . And the rest is music history.

Rock and Roll Man is the new musical about the incredible rise and fall of Alan Freed, the man who coined the phrase rock and roll and brought its sound to the world. He discovered black artists—and got them record deals. He traveled the country—and got them heard from coast to coast. He spoke to the younger generation—and brought them to their feet. By the dawn of the ’60s, he was the biggest name in music—until scandal made him the biggest target in .

This high energy musical highlights the greatest rock and roll legends of all time such as Little Richard, Chuck Berry, LaVern Baker, Bill Haley, Jerry Lee Lewis and Screamin’ Jay, just to name a few. Also, featuring original songs and some of the biggest hits of a decade, including “Why Do Fools Fall in Love,” “Tutti Frutti,” “Great Balls of Fire,” “Roll Over Beethoven,” “Ain’t That a Shame” and many more, Rock and Roll Man takes you behind the scenes and behind the music of one of the most influential—and controversial—figures in pop music history.

book and lyrics by David Lindsay-Abaire

BTG’s Pittsfield Campus,
Special Note: There is no press night for Shrek The Musical

About:
Based on the Oscar-Winning DreamWorks Animation film, Shrek The Musical is a Tony Award-Winning fairy tale adventure, featuring all new songs from Jeanine Tesori (Thoroughly Modern Millie; Caroline, or Change) and a side-splitting book by David Lindsay-Abaire. Shrek brings all the beloved characters you know from the film to life on stage and proves there's more to the story than meets the ears.

“Once upon a time, there was a little ogre named Shrek...” And so begins the tale of an unlikely hero who finds himself on a life-changing journey alongside a wisecracking donkey and a feisty princess who resists her rescue. Throw in a short-tempered bad guy, a cookie with an attitude and over a dozen other fairy tale misfits, and you've got the kind of mess that calls for a real hero. Luckily, there's one on hand, and his name is Shrek.

Directed by Travis Daly (Tarzan, The Music Man, Beauty and the Beast), with music direction by Mark Gionfriddo and choreography by Avital Asuleen, this charming musical features over 100 talented youth. Irreverently fun for the whole family, Shrek proves that beauty is truly in the eye of the ogre.

Packed with Gershwin’s legendary songbook, George Gershwin Alone features delightful classics such as “I Got Rhythm,” “Someone to Watch Over Me,” songs from Porgy and Bess and An American in , and a complete performance of “Rhapsody in Blue.” Directed by Joel Zwick (Broadway: George Gershwin Alone, Dance With Me; Film: My Big Fat Greek Wedding; TV: Laverne & Shirley, Full House, Perfect Strangers, Family Matters).

Running April 26 through April 28
at The Colonial Theatre

About:
Disney’s Aladdin JR. is based on the 1992 Academy Award-Winning film and the 2014 hit Broadway show. Aladdin and his three friends, Babkak, Omar and Kassim, are down on their luck until Aladdin discovers a magic lamp and a wisecracking Genie who has the power to grant three wishes. Aladdin embarks on a magic carpet ride adventure where he faces the evil sorcerer, Jafar and ultimately, himself. With favorite songs such as “Friend Like Me,” “One Jump Ahead” and “Prince Ali,” along with original songs and thrills, this new adaptation of the beloved story will open up “A Whole New World” for the entire family!

Director Travis Daly says, “I’m excited that this year’s event will combine Encore! An Evening to Celebrate High School Musicals with our High School Student Cabaret, for one special day of performances to showcase all of the incredible talent in Berkshire County at the Colonial Theatre!”

adapted for the Stage by Leslie Bricusse and Timothy Allen McDonald

based on the book, “Charlie and the Chocolate Factory” by Roald Dahl